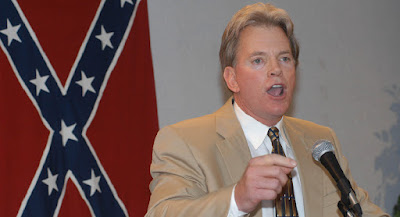 Old David Duke may be getting his cherished spot back on Twitter. The unrepentant nazi is about to be sprung from social media jail on account of Elon Musk's new "Vox Populi" policy.

The people get to vote on who is heard or not heard and the new Twitter owner is talking a general amnesty for everybody currently in Twitter jail that is not named Alex Jones.

The right wing blogosphere is ecstatic. Read this piece at Fox, Much ado about nothing. Most of the reaction is your typical right wing/ libertarian blather but one comment caused me to pause and call bullshit.

This is the sort of inane statement that Marjorie Taylor Greene and others of her ilk and limited intelligence have been trumpeting. A social media post never killed anybody, only deranged people kill somebody.

But this is entirely not born by reality. Again and again during the hearings of the January 6 defendants who went apeshit at the capitol and attacked the policemen you heard the same thing; we were brainwashed by social media, by Nick Fuentes, by Alex Jones, by Joe Rogan or the right wing wackadoodle of your choice.

Same for the school and synagogue shooters, 4 chan, Gab, Parler, people are being fed a steady diet of hate on social media and people do end up getting killed. The boy who killed his schoolmates in Brazil yesterday while wearing a swastika armband, you don't think he was weaned on social media?

Speech, both written and spoken, has consequences. We all need to be mindful. I fear Elon Musk is opening the gates of hell.

Good article at the New York Times - How a faction of the GOP enables political violence.

We live in a world of dual and dueling media silos and whataboutism is rampant. Everybody should try to be as objective as possible but we all see things in our own way. The rational path is usually apparent if you take the time to educate yourself and figure out what is actually going on in our world. Then take a stand.

And I was thinking the other day about how much I honestly dislike "neutral" people and countries. Take Switzerland, for instance. Earlier this month, for the second time since June, the Swiss refused a request by Germany to send Swiss munitions to the embattled Ukraine. They are afraid this will tamper with their vaunted "neutrality."

Neutrality has been very good to Switzerland. It has allowed them to bank gold for the worst nazis and dictators known to man. I see nothing moral in their stand but it cetainly does look very convenient.

There are times in our lives when we must make a moral stand and pick a side. One day Switzerland, the blue meanies may be coming for you. Who will your friends be then?
* 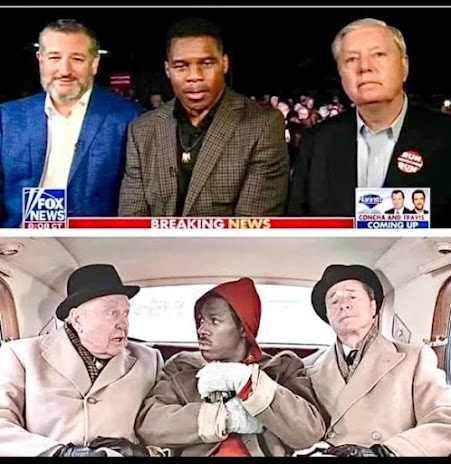 It seems possible that the populace is tiring of frat boys, benighted tycoons and wackadoddle politicians. That could eventually save us. Perhaps it will and if it does we might have some energy to figure out what to do about Ai driven autonomous weapons before they destroy homo sapiens. Moral: There’s no rest for the wicked.