This has been a rather strange year in Fallbrook, botanically speaking anyway.

We received some extreme cold here recently, which did a number on a lot of things, I lost plants that I never lose. 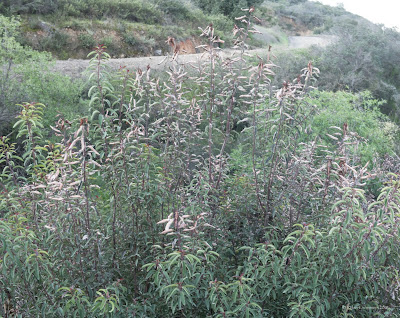 Even the native sumac is burnt or dying from frost damage. Thirty eight years here, I have never seen that before. In fact, weird to think that a local scrub that has withstood centuries if not millenia can be so affected.

A farmer neighbor says that sumac damage is like a canary in a coal mine for him, an indicator warning that things are getting to old.

My other farmer friend thinks that the cold may have weakened the plants and allowed them to get stressed and infected by something. I don't know, outside of my pay grade. But it is certainly unusual.

We have had the thermometer drop  to 11º in our river valley before, protracted periods around 14º f in the early morning hours. Not sure how cold it got this year but I think it is the timing of the cold that has hurt the flowers. Odd microclime, there are many areas of Fallbrook that never drop below 32 º.

I have seen years where the frost was so bad and the avocados were hit so hard that you would swear that they could never come back but they do. Thankfully, nature is resilient. 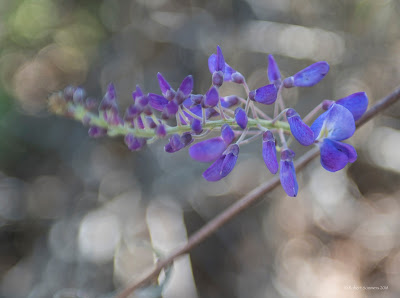 Had a tree trimmer take a bunch of dead wood off a big and old coastal live oak in my yard. Which was a support for a lot of my beautiful purple wisteria. So we aren't going to be getting a bunch of blooms there either.

Remember I planted the four hundred gladiolus last year? Looks like about half are coming back up. Not sure if it is the gophers or what. Will try to not cut off too many of the remaining survivors when I fire up the weed eater this afternoon. 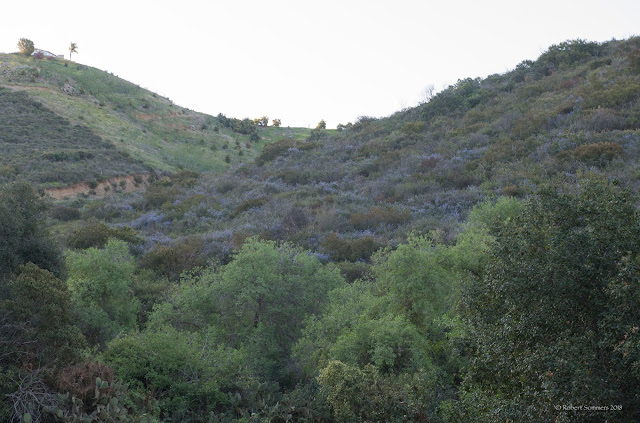 Thankfully all is not grim news, the ceanothus is blooming again, giving the hills of my section of the citrus belt the wonderful characteristic purple color we get every month.

The echiums are also starting to bloom, well, everyone else's, mine will be a little late as usual.

It will be a good year, if a bit subdued. 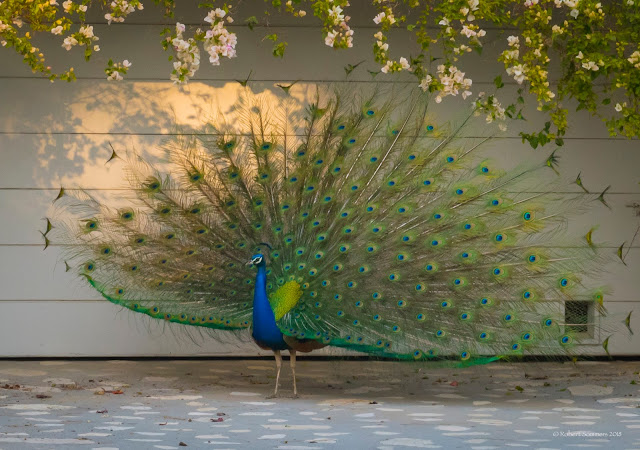