Koufax was not a globalist but I am pretty sure that Drysdale was.

One of my bird photos on Google was shared by a nazi woman last week and then found its way to another nasty page where the commenters were ranting about the jews. In the former the woman embellished every sentence with swastikas and vileness, the whole thing majorly creeped me out.

I disabled the shares for the picture, not wanting to provide any grist for the hate mill. 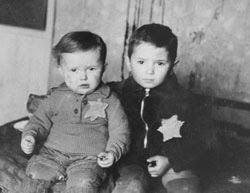 Anyone with eyes and ears can see that that racial animosity and temperature has been seriously ratcheted up in the past year. Trump, Putin, Bannon, Nehlen, Farrakhan, Jobik, all focusing on an old and very convenient target. I had another Kristallnacht dream last night, barely escaping the tormentors. Unfortunately, I am one of the minority that thinks that it can always happen again.

I was wondering how jewish people like Sheldon Adelson, Steve Mnuchin and Gary Cohn can help perpetuate a Trump machine that has so deftly fostered and enabled hate groups and anti semites? I didn't include Trump personal attorney Michael Cohen, he seems more like a whore who would screw anybody for a buck. History shows that you hitch your wagon to hate, you usually end up incinerated. You can't go to bed with dogs and not end up with fleas.

But the people like co-founder Larry Solov or Senior Editor at Large Joel Pollak at Breitbart, Harvard educated, who like to remind people that they are jewish and then provide a forum for people like Coulter to espouse hatred? Her last diatribe Racial quotas kill kids, she decides to demonize blacks and hispanics instead but she recently went after the "globalists" and made it perfectly obvious who now had the target on their backs.

There was once a very bright jewish guy named Jesus who said something that I have tried very hard to digest - Resist not evil. It is a smart admonition, because when you wrestle with a pig, you only get dirty and they seem to enjoy it. But like Hobbes said, always a smart move to also look down the road.

I have been experiencing a dark sense of foreboding in recent weeks, like the wheels are off the wagon and anything can happen. Several of my friends report the same near apocalyptic twinges. Hope we get a serious course correction, and soon.
Posted by Blue Heron at 10:16 AM

Yes. A new variation on the ancient "Jew as punching bag" theme can happen again. If is is allowed to proceed long enough it will produce new iterations of the really horrible events of the past. This country is a long lasting democracy but these days the institutions that were supposed to keep the US stable are looking shaky. Historical tipping points are known for catching people unawares and there is no way to know if the US is at a tipping point or not.

Do not agree notwithstanding how reprehensible much of what we observe as "Jews" are very well entrenched in the power structure and hard to believe could be isolated as such and effectively persecuted.Random acts of violence you simply fight back no different than walking to Hebrew School as a kid back East and not letting the kids from Parochial Schools block your way yelling ""Christ Killers" at you.

The german jews always thought that they were indispensable as well.