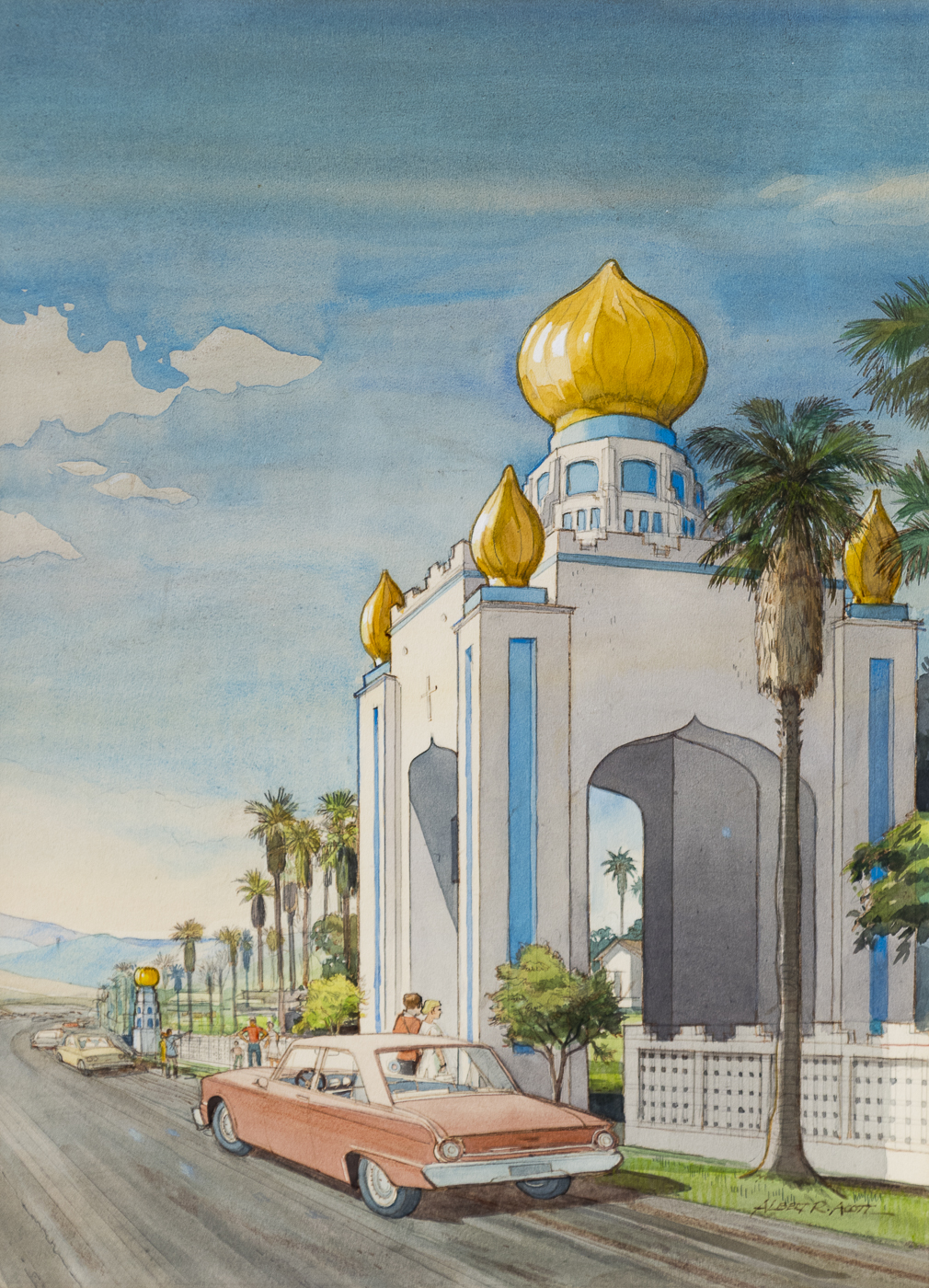 Leslie and I got up very early in the morning yesterday and traveled to the Long Beach Flea Market to meet some friends and walk around. I bought a print, a nice piece of Fulper and a couple paintings, including this gem by one Albert R. Acott.

The subject of course, is the Encinitas landmark known as "Swami's." A gift from a disciple, Rajarsi Janakananda, the temple was designed by its founder Paramahansa Yogananda and dedicated in early 1938.

I have never seen an early painting of the Self Realization Fellowship before and this watercolor of the early North San Diego coastal icon is simply awesome. I would say early sixties if the Corvair and Falcon are any indication. Note the pristine hillside in the background. 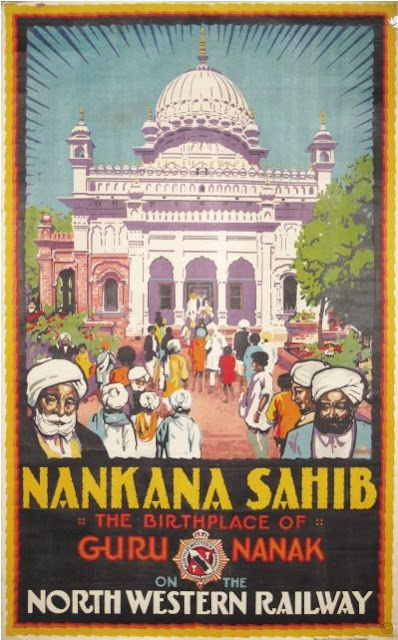 I was told that Acott was an architect but think he might be instead a man who liked to paint temples, possibly a devotee. Found this poster by an A.R. Acott from the 1930's online. Will continue to research the man. He was definitely a very accomplished painter. I believe that he lived in Redondo Beach but as I said, I have just begun my investigation.

I took the picture behind glass so it is a bit murky. It is in the original frame. I am going to change the acid mat out and enjoy the painting immensely while I still have it. Classic North County.

I enjoy seeing the passive aggressive monks from SRF down at the beach at Swami's. They add an air of aggorant spirituality to Encinitas.

What a score! I love the simplicity of the watercolor! Look forward to seeing it upon our return... our town!

Nobody's perfect! Most SRF'ers seem really cool to me. Got kicked off the old basketball court there when I was 17, reserved for said monks. Love the grounds, love the koi.

Including my spelling! Ha!

nice, will try to drop by Saturday to check this out...nelson