What do you want from life? 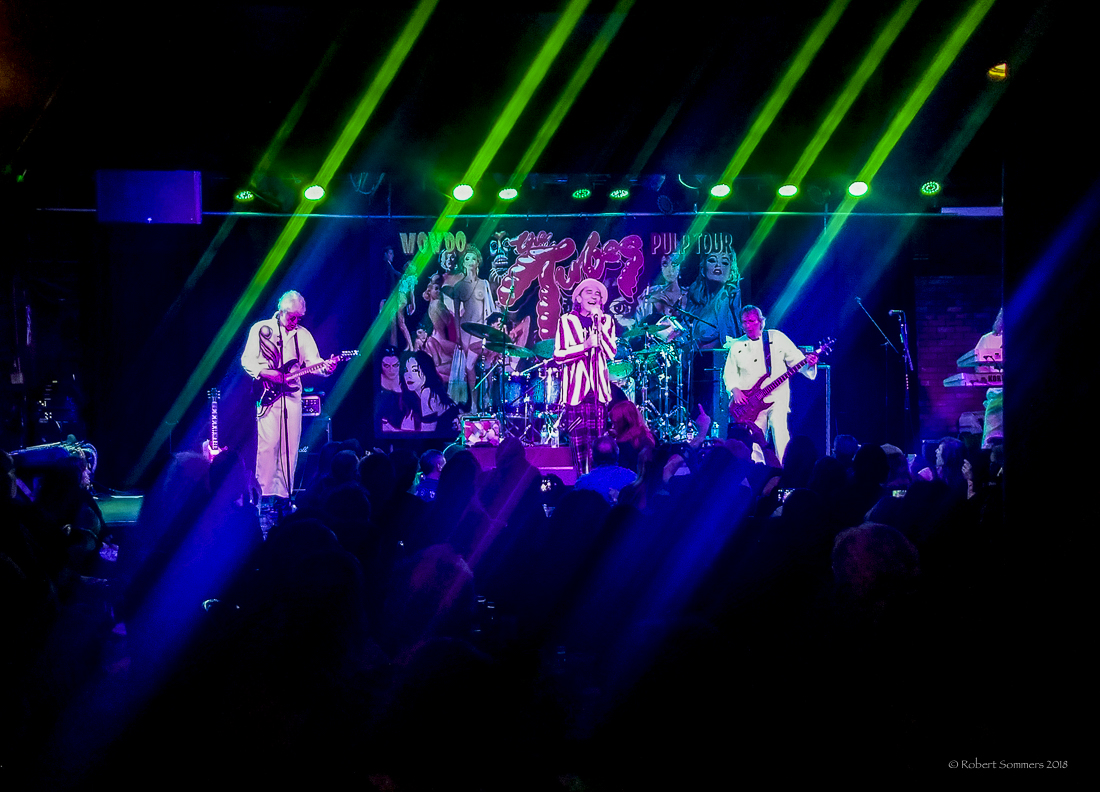 Leslie wanted to see one of her faves last night, The Tubes. They were playing up at the Coach House, show started at eight. It was a very long and busy day but I had told her I would go and I did my best not to be a whiney pill about anything. You will have to ask her if I was successful or not but I think I did pretty well. As you married folks know, it is all about being fair. She or he does what you want to do, you occasionally do what they want to do. Capiche?

What they didn't tell us was that there were two other bands, a decent local band whose name escapes me and a hard rocker called Liquid Circus. Man did they have a drummer, Mick Thomas, guy wails like Carl Palmer on steroids. But things got pretty late for an old timer like me and 99 percent of the rest of the people that were there.

Tubes were alright. She has seen them a bunch, it was my first time. Honestly I appreciate Fee, it was quite theatrical, but there was no place for improvisation and it bored me a bit. Now one of my very favorite bands is Devo and they don't really improvise either so please forgive me if I can't explain my inner discrepancy.

Fun, aok, had a good time but only need to see it once.

*
A blog can not march on an empty stomach. I forgot that last week we went to my favorite rustic Italian joint, Davanti Enoteca, for brunch with our friend's Don and Dianna, who don't get out much. 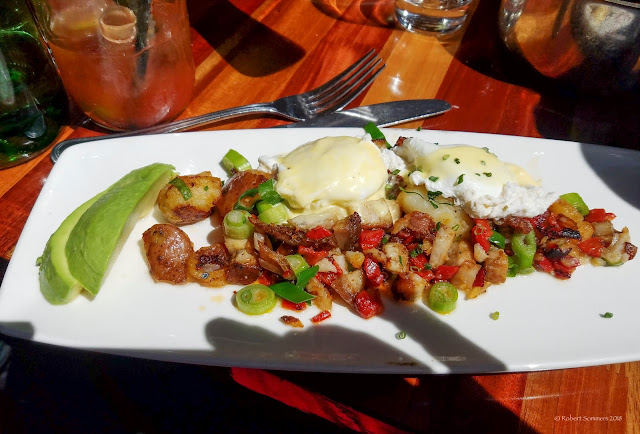 We ordered four appetizers including amazing meatballs and two salads. I had the pork belly hash and eggs which you see to your left here. And of course we consumed the phenomenal focaccia with ligurian cheese and raw honeycomb which I have drooled over previously on these pages.

Leslie had the orachiette with lamb, incredible.

Don ordered the ragu and polenta which they make at your table. Divine. 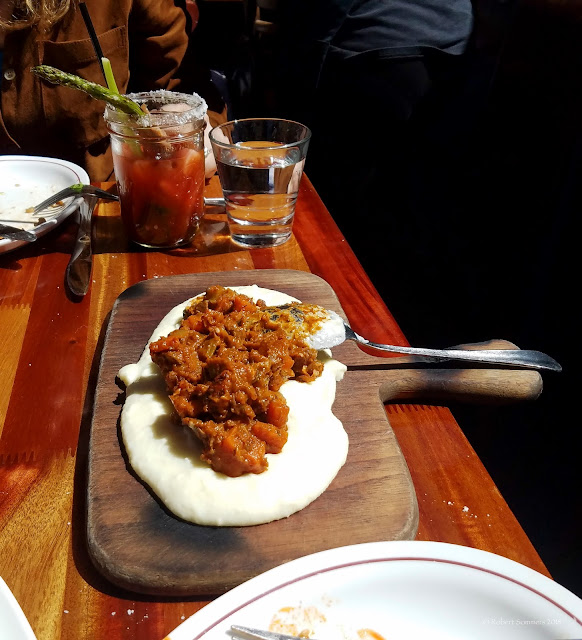 Their polenta is so fine.

Plus it is the best bloody mary bar I have ever frequented, although it has been somewhat scaled down from past glory.

We enjoyed the people at the neighboring table like this gent. 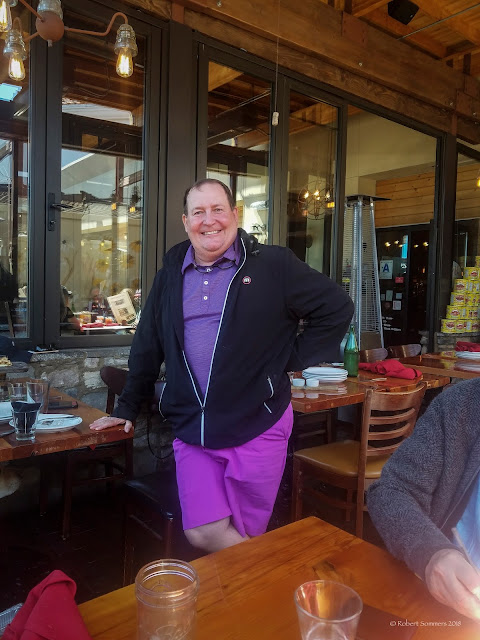 Do you notice how well he matches Leslie's hair?

The thing about Davanti Enoteca in Del Mar is I always want to come back. Not pretentious, not terribly expensive, always plain delicious. Everything.
Posted by Blue Heron at 2:35 PM