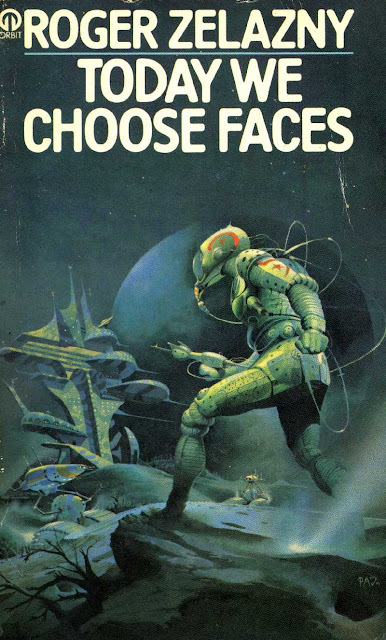 One of Toyota's self driving cars killed a woman in Tempe the other day while in autonomous mode, a terrible tragedy. She was walking her bicycle and the car evidently failed to see or recognize her, the attendant driver in the car also unfortunately did not react.

The car was part of what was known as the "Chauffer" program and had a connection to Uber. Toyota is now shutting down the entire program. In explaining the cessation, a spokesman is quoted as saying "We feel the incident may have an emotional effect on our test drivers."

I am not making light but can't help but thinking of my literary deity and mentor Roger Zelazny. He wrote many stories where the computer gets a little too human and gets pissed off, starts taking matters into its own resistors and finally goes after its human cohorts.

Offhand Last of the Wild Ones and Our Lady of the Diodes in the Unicorn Variations come to mind, both stories where miffed technology seeks the ultimate revenge.

So in the spirit of Roger I have to ask; could the action have been premeditated? Now having feasted on humans, will the car have the desire to kill again? Is this the start of the Human/ Droid wars and do we really stand a chance against such an opponent?

People talk about robots fighting our battles for us in the future, isn't it merely a matter of time before they turn those very same guns on us?
Posted by Blue Heron at 12:40 AM

I need some of your weed. Mine's not strong enough.

You know my motto. I'm the reverse Bill Clinton - I never exhaled.