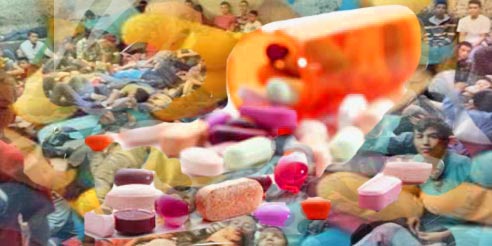 Just when you thought things couldn't get any worse.


“ORR routinely administers children psychotropic drugs without lawful authorization,” a memo filed in the lawsuit on April 16 reads. “When youth object to taking such medications, ORR compels them. ORR neither requires nor asks for a parent’s consent before medicating a child, nor does it seek lawful authority to consent in parents’ stead. Instead, ORR or facility staff sign ‘consent’ forms anointing themselves with ‘authority’ to administer psychotropic drugs to confined children.”