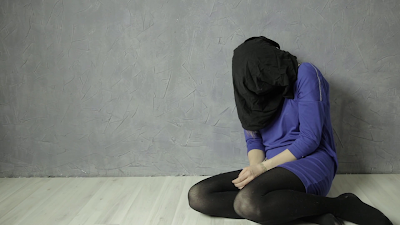 I hate to follow bad news with bad news but the story out of Virginia is so wrong, an Abu Ghraib for immigrant children. The America we know and love is turning into our worst nightmare before our eyes.

Kids beaten and kept naked in cold cells. The story is so horrific. Read about it here.


A 15-year-old from Mexico held at Shenandoah for nine months also recounted being restrained with a bag over his head.
"They handcuffed me and put a white bag of some kind over my head," he said, according to his sworn statement. "They took off all of my clothes and put me into a restraint chair, where they attached my hands and feet to the chair. They also put a strap across my chest. They left me naked and attached to that chair for two and a half days, including at night."
After being subjected to such treatment, the 17-year-old Mexican youth said he tried to kill himself in August, only to be punished with further isolation. On other occasions, he said, he has responded to feelings of desperation and hopelessness by cutting his wrists with a piece of glass and banging his head against the wall or floor.

One of the sad things is that our country's machine will not run smoothly without immigrant labor. They tend to do the crappy jobs nobody else wants to do quite well. Ex Trumpite Gary Cohn reportedly said something interesting at a talk the other day; that the real migrant crisis is that there aren't enough of them. Be careful what you wish for.

I am actually pretty hawkish on the path to citizenship for people who have entered our country illegally but there has to be a viable guest worker program and you don't punish and deport people who have lived in this country nearly their whole lives through no fault of their own.

Trump created this whole family separation crisis trying to leverage his wall and now he wants to blame the democrats and have them fix the problem for him and share the political heat. He is the one who refers to these people as invaders, infesters, rapists, criminals and worse. Let him reap the whirlwind.

The GOP holds both houses of Congress, the Presidency and has the SCOTUS nominally in the tank for them, they have the power to fix it themselves. Could have had a bipartisan bill last week but it was pulled so that the GOP could go it alone and vote on these two dogs of bills that don't have a chance in hell of passing.

Talk to us when you get your own house in order. But they can't, the GOP is too split and Trump, McConnell and Ryan have torched their relations with the opposition so there is little hope for bipartisanship. Hopeless.
Posted by Blue Heron at 9:34 AM

I live in Denver, CO. I'm approximately 2340km from the Mexican Border, but I grew up in Texas, and I speak Spanish fluently. Despite my distance, I have recently taken care of 3 toddlers, between ages 1-2, who were seized from their parents at the Border. All of the information I have on them, I obtained from their foster parents. While I have no way to independently verify what I was told, I also have no reason to doubt the information that I was given.

All of the children I took care of were brought to the emergency department by their foster parents (foster mothers in all of these cases). I suspect there many of these such cases because foster parents are legally required to seek medical care for those in their charge prior to administering any kind of treatment. They are also required to get documentation of these visits, and in many cases, the children are brought to the ED for evaluation because of lack of a pediatrician.

The children I saw had similar stories. Two were from Guatemala. One was from Honduras, Two were boys; one was a girl. All had mild childhood illnesses: gastroenteritis and dehydration, upper respiratory infections, rashes, etc. Their foster parents, none of whom spoke Spanish, knew nothing about their medical histories, their allergies, or their immunization statuses. They knew only two things: 1) the children's parents (both mother and father in 2 cases; father in 1 case) were being detained by ICE and 2) they had no idea how long the child would be staying with them or if they would be in contact with the parents. These are children, who by the definition of our government, are in the safest, most stable possible situations. They are living with experienced, caring foster families, their illnesses were relatively minor, and they were receiving medical care.

While their bodies appeared relatively healthy, their behavior was so far from that of a "normal" toddler so as to be striking to both myself, as a pediatric emergency medicine physician, and to their foster parents. Children this age are rambunctious. They climb on everything, they put things in their mouth that they're not supposed to, they begin to explore the world away from their parents, they begin to seek and to find the limits of their world. These children, in all cases, clung so tightly, and so completely, to their foster mothers, both in the ED and at home, that they were literally unable to be put down. They didn't explore the world, they were terrified that their world would be broken for a second time. Their trauma, and the direct effect it was having on their development, was obvious. One foster mother told me that she couldn't figure out how to bathe the little girl properly. Since she would scream every time she tried to leave her or put her down, she couldn't safely get her into the bathtub. She knew the child would be calmer if she could get into the tub with her, but as a foster parent, she wasn't allowed to do so. Another told me, tearfully, "I'm just trying not to ruin his life. He screams every day for his pappa, and I don't even know where his pappa is."

In all cases, these were experienced foster families. They understood and had dealt with traumatized children in the past. This was not new territory for them. What they hadn't dealt with was the complete lack of a timeline or plan for reconciliation. They had no information on hearing dates/times for the parents; they had no contact information for the parents; they had no idea if/when visitation or contact would be allowed, and they didn't have access to a case worker who could obtain this information. These children, those lucky ones who "made it" into caring foster homes, were floating, unanchored to their past or their future. As a PEM physician, I was utterly useless, a bandaid for a gaping wound.

The movie A day without Mexicans sums it up pretty well.

The doctor's story is so sad and disgusting!
What are we going to do?
Barbara