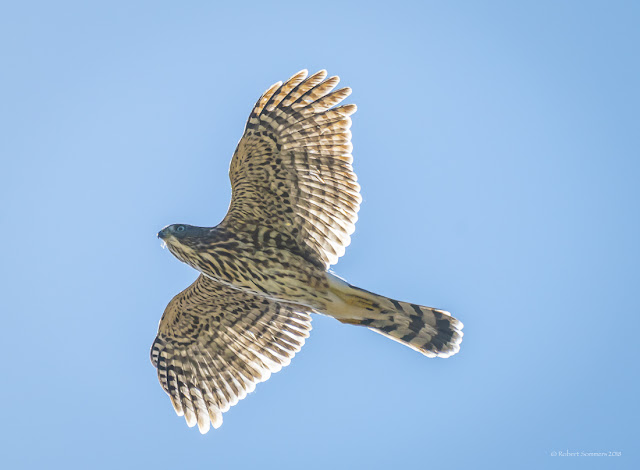 Lev and Beth called yesterday and said that I should come over, that they had some crazy raptors squawking up a storm in their avo grove. I stopped by on the way home, had a decent zoom lens in the car, and had a look. The birds were so small and so fast that at first I thought they might be merlins. 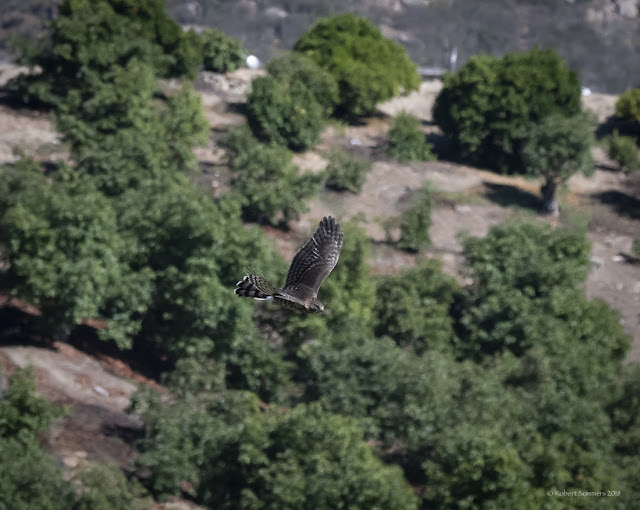 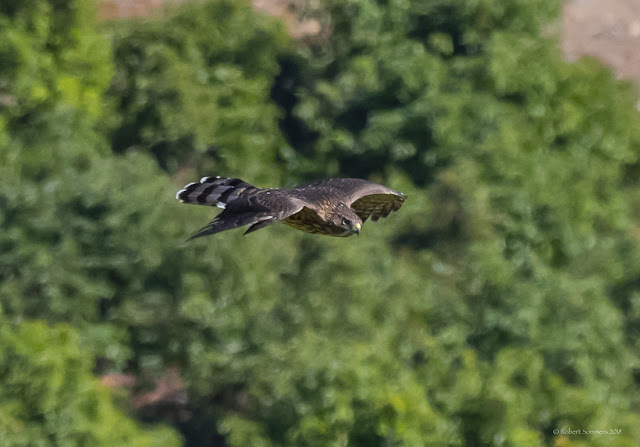 A look at the pics this morning confirmed that they were hawks and not falcons by their wing shape, but which hawk? My shots were not really good but it was the best I could do in the circumstances. I plan on going back and getting better pictures.

I sent pics and a note to a few birder experts and got a message back from the esteemed birder Gary Nunn in San Diego:


Dear Gary - Friends of mine in Fallbrook (where I live) said they had some small raptors flying around like crazy yesterday in their avocado grove, squawking up a storm. There are two adults present and several juveniles.I went over with my camera and at first thought they were merlins because of their diminutive size but now see that they are hawks from their wing shape. But which hawks? I can't really determine eye color from these pictures. Neither of the adult birds looked like mature coopers with the typical barring on the underside. Could these be sharp shinned? They were very small comparatively, extremely fast. I am going to go back with my better lens and try to get shots tomorrow.
thanks,
Robert Sommers Fallbrook, CA

Gary Nunn 9:50 AM (15 minutes ago) to me Hi Robert,
Thanks for the nice photographs of the hawks.  Sharp-shinned Hawks have never been documented breeding in San Diego County and reports in summer from suitable breeding habitat, higher elevation forest, you can count on one hand.  So it is very unlikely indeed they would be found breeding in/around a lower elevation avocado orchard.  The structure of the bird in photos, big head projecting and large tail with rounded end, extensive white tip, all looks very good for Cooper's Hawk.  Youngsters can vary in size, some might be smaller than others perhaps.  The crazy squawking definitely a feature of this species!
Hope this helps!  Merlin also not a species found here breeding.
Best, Gary.

So now I know. Thanks, Gary.