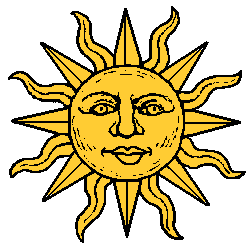 There was a very interesting article in the Wall Street Journal the day before yesterday, Renewables turn the heat up on fossil fuel. It is behind the usual pay wall so I will give you the upshot.

Global expenditures on renewable energy are far ahead of the spending on coal, natural gas and nuclear power. This is driven by falling costs in producing wind and solar power.

I find this interesting because it comes at a time when the Trump administration is proposing subsidizing and propping up the old dinosaurs that are the coal and nuclear industries. Subsidies come out of your pocket by the way. Natural gas has been supplanting coal for the last several years for a variety of reasons, why would you want to prop up coal short of naked political pandering? Or did I answer my own question? And the shoreline at San Onofre is now littered with nuclear waste that we can't figure out how to properly dispose of.

More than half of the added new power around the world in recent years is now renewable, according to the International Energy Agency. What I find really cool is how fast this is occurring, forecasts are for 56% of world energy to be renewable by 2025. The talking head they quote at M.I.T., Francis O'Sullivan says that costs for wind and solar have fallen so much that it is now the cheapest option. Other technologies are conversely getting more expensive.

The percentage of energy globally from renewables in now 12.1%, more than double the figure from ten years ago. In the U.S. it now stands at 17%. According to the experts quoted 40% is in clear sight.

Good news for us!! I wonder when Trump's base will figure out that he is just using them... with little to no upside for them????

Perhaps the nuclear waste could be reconfigured into super duper tanning beds. "Tan in 18 minutes, glow in the dark for 40.000 years!"