Your government in action 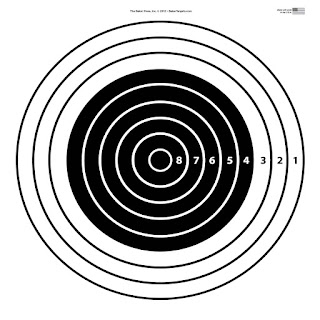 It's not so much about political party than about ordinary bureaucracy. Both sides are probably equally guilty but it is funny when somebody from either side gets caught and always better of course when it is the other side.

The woman who was supposed to submit the background check data for Florida gun sales, Lisa Wilde, forgot how to log in. So she stopped doing it. For over a year. Nobody noticed.

In her defense, she did complain that something was awry with the system forty days in to the position but nobody took the time to care or fix the problem. Must not be too important.

I like what she said in her own defense. She didn't know why she was put in charge of the thing anyway, after all she had only been out of the mailroom for a month. Gives you a lot of confidence in government.

In her interview with investigators, Wilde acknowledged she "dropped the ball."
"I know I did that," Wilde said. "I should have been doing it and I didn't."
Yet on Friday, Wilde told the Times she had been working in the mailroom when she was given oversight of the database in 2013.
"I didn't understand why I was put in charge of it."

At best count, at least 365 applications for gun ownership went through during this period. They have now been duly scrutinized and 291 of those permits have been revoked. Poor Lisa was fired. Somebody had to take the fall. But anyone who has ever worked with government employees can easily see how something like this happens.

Her boss, Adam Putnam, who is running for Governor as a Republican, emphasizes that the time for gun permit approval had dropped from twelve weeks to 35 days during his tenure at the Florida Department of Agriculture and Consumer Services. I guess so.
Posted by Blue Heron at 11:52 AM

Are you sure we won't need all those guns to stop the hordes of rabid Canadians from stealing our children for slaves and taking our women for their Satanic rituals?