Date with some chicks 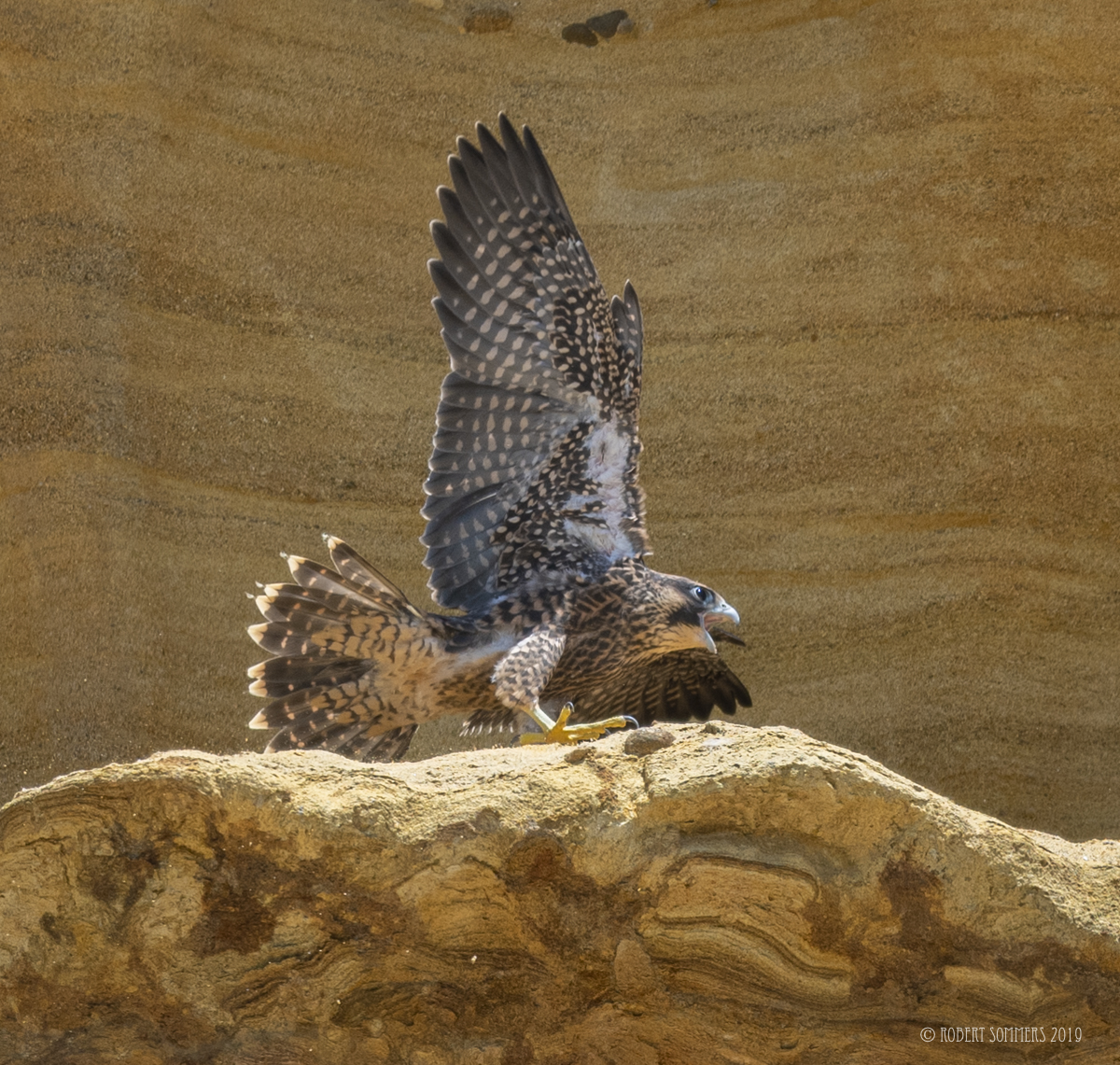 I had heard that there were baby peregrines at Torrey Pines but of course have been too busy to go down and take a look. Three chicks this year, last year there were four. The first known photo of them was taken by somebody on May 10th. I thought that perhaps they were now flying. I think that Larry M. was down about a week ago and they were not as yet fledging.

A little Memorial Day traffic but really not too bad. I paid my twenty dollars and headed up top. It was pretty unsuccessful. Although I saw the male peregrine a few times, he was always too far away to get a good shot. After a few hours of futility I decided to call it a day.

I ambled down the hill and parked in the Torrey Pines Beach parking lot, decided to see what I could see from the beach. I went to last year's nesting spot and saw nothing.

I decided to go a little farther and saw three or four photographers set up with tripods, monopods, extremely big lenses and proper footwear. Birds are a long way away.

I had a 1.7 teleconverter on the Nikon D850 and Nikkor 400mm 2.8 but took it off, I really think it is not worth the resultant loss of detail and clarity. This camera gives me ample opportunity to crop and still have something usable left over.

Most of my peers had 600mm lenses, pretty evenly split Canon and Nikon and even one Sony mirrorless body.

I've done next to no processing on these images, they really didn't need anything. Click on one and you will see them all larger. 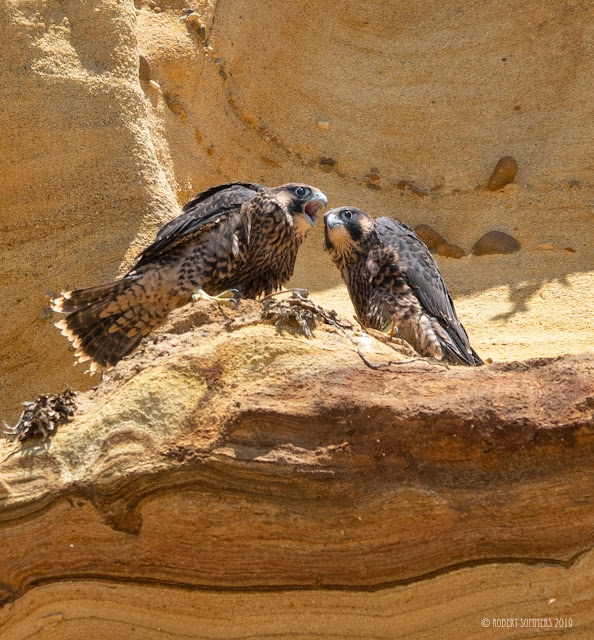 The birds were resting on a high ledge. The nest is further down the beach, south of last year's.

The falcon chicks are not yet flying but they are awful close.

I saw my ace photographer friend John there and he thinks a day or two more max. He has been on top of it. Says that the male falcon is not doing so great a job at providing food for his kin this year. I think that the parents are getting a bit tired of being providers and are ready for their progeny to fly. 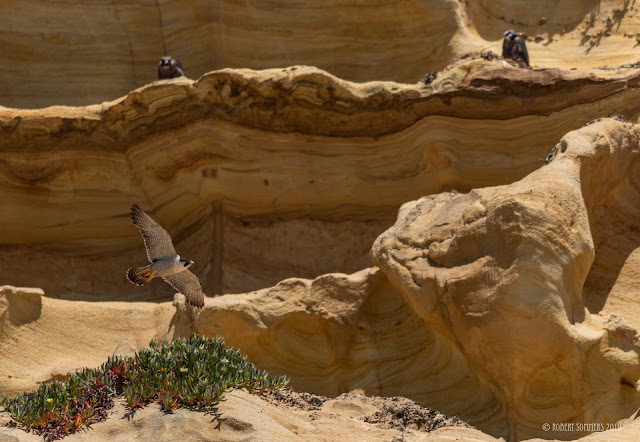 I heard the birds squawking. I only saw two babies, the third was hiding somewhere. The birds are definitely not far away from being airborne. 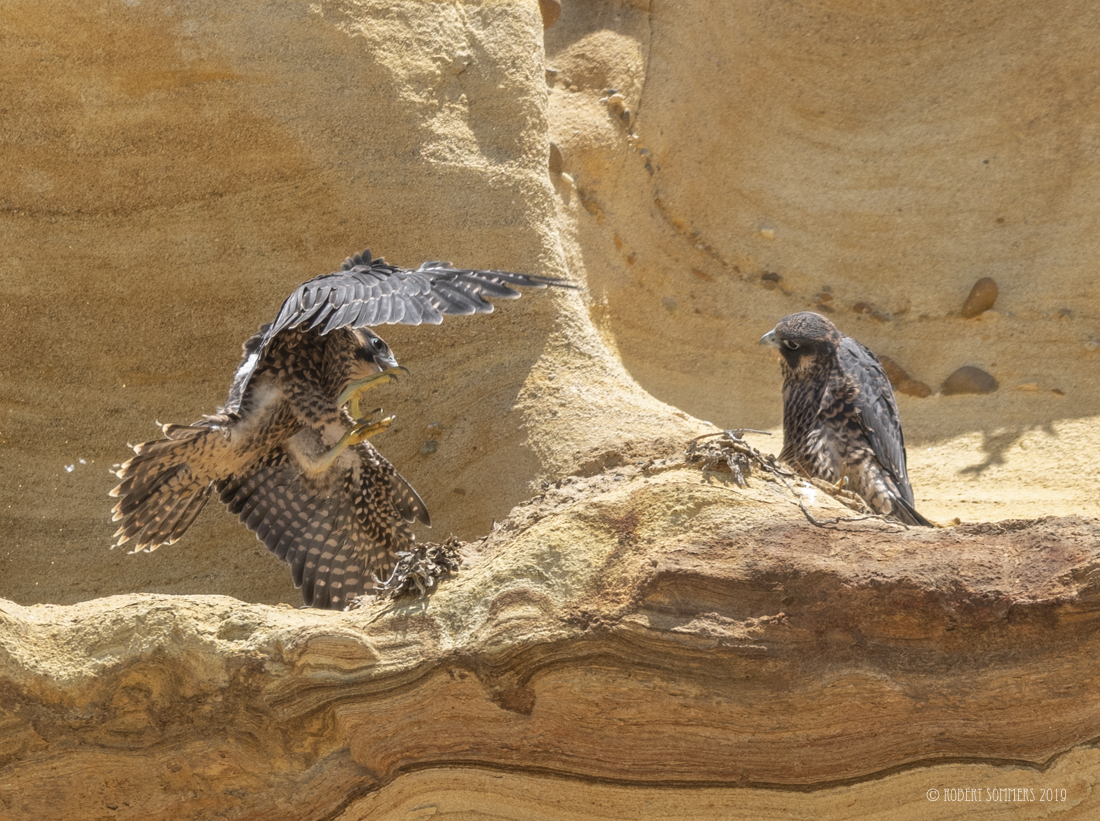 The rising tide soaked my feet. Next time I wear rubber boots or galoshes. I didn't bring a tripod and my shoulder and legs were killing me after a few hours of handholding the heavy Nikkor. In fact it was murder walking back to the car with the shooting pins and needles pain in my left thigh. 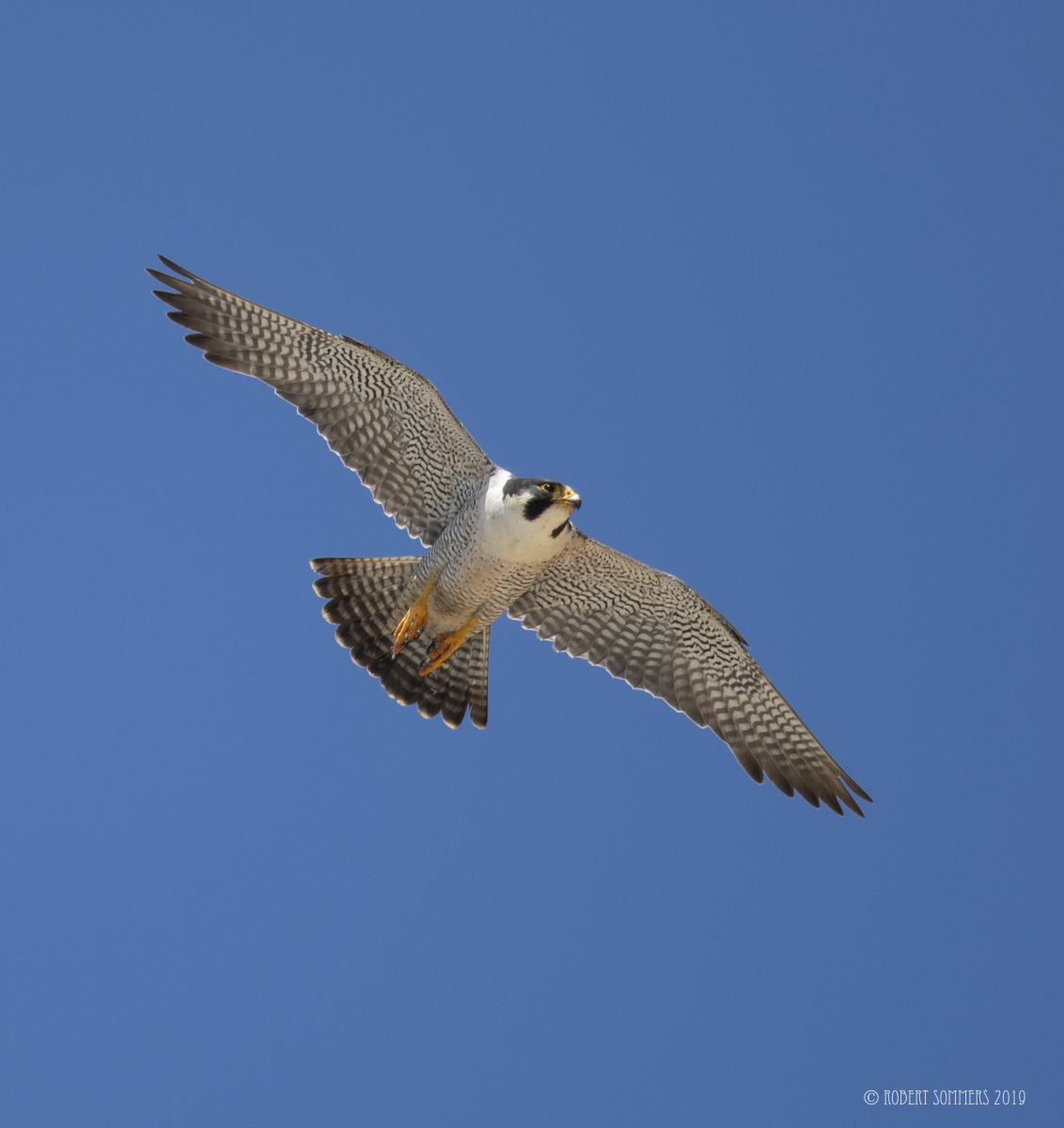 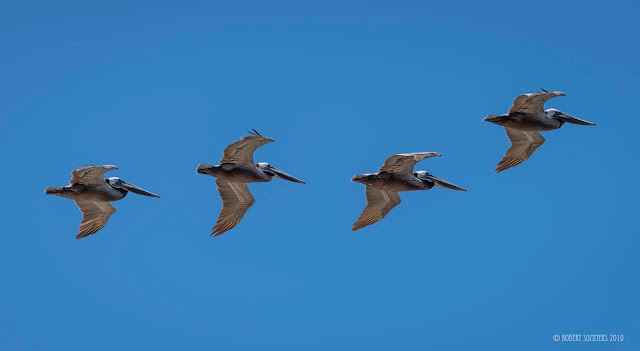 This is the mother soaring above you. I saw the adult male a couple times up top, once chasing off a brief of pelicans that ventured under the off limits cliff line. Word is that he has recently fatally dispatched two of the birds. He is browner in color. Never got a decent shot of him.

She is obviously a new mother, I believe last year's mom bore a leg tag.

I love this time of year, look forward to returning several times to take pictures and enjoy the aerobatics and food exchanges. 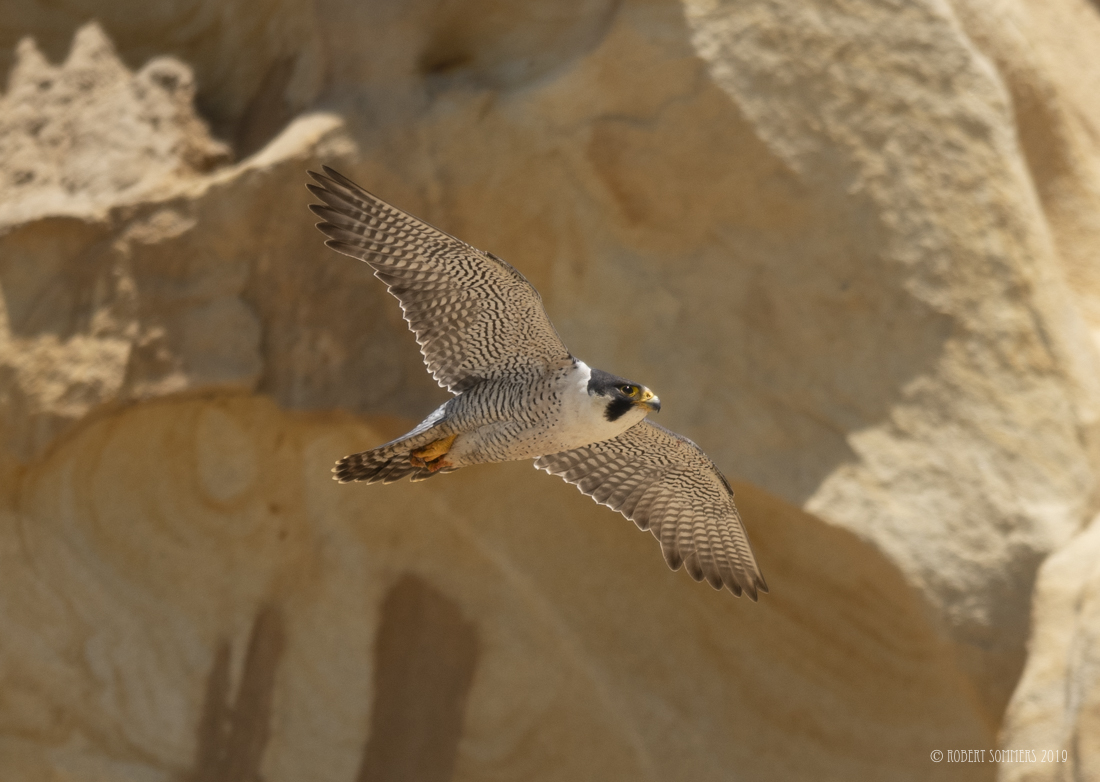 Thanks Robert. I enjoy all the photos but especially the pelicans since I miss their formation flying that remind me of a ballet corps.

Beautiful creatures! Thanks for sharing these fanrastic shots.

Being a novice non-photographer I think they’re beautiful pictures thank you for sharing. Deli guy