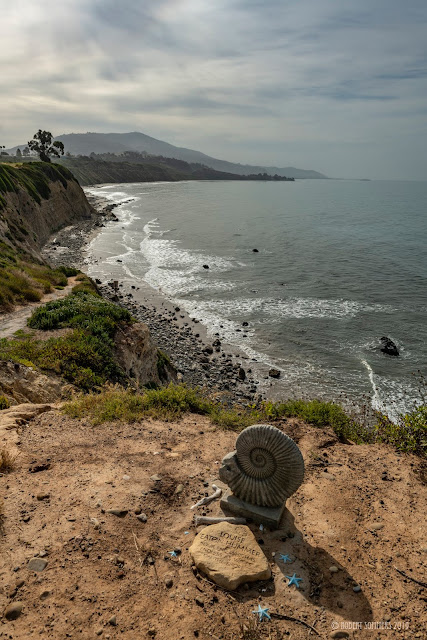 I am back from a week in Santa Barbara. Show was good, I felt pretty good, weather was crummy at times but alright, no traffic to speak of, couldn't hope for a better experience.

I stayed in Carpenteria. We ate at a local place a couple nights in a row that wasn't too bad, Teddy's. Maple planked salmon was excellent there and the Brooklyn born manager was a great guy.

Went out with Alyssa, Mary and Barbara one night. We went to Chuck's for a steak. Alyssa told the staff it was my birthday, they brought a cheesecake with a candle and sang birthday greetings to me.

I muttered under my breath that I was a scorpio but in the end there was no escaping my fate. 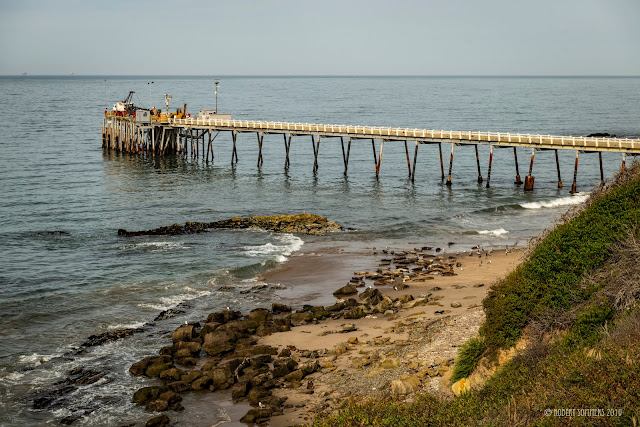 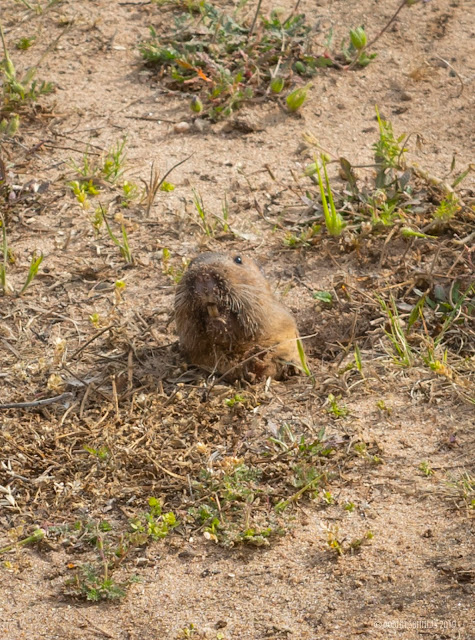 Bill and I walked to the Carpenteria Bluffs park and visited the seal rookery one morning.

Lots of buzzards and geese hanging around, not to mention a flotilla of harbor seal flesh.

And one gopher baring his chompers and giving us a cold stare.

I didn't get out much, had one delivery to the hills of Montecito but the foul weather put a damper on much personal exploration or photography.

Got home exhausted Sunday night. Read a message that I had won some online auction that I had forgotten about.

Barry turned me on to this cool stock certificate. Fallbrook Water and Power Company, circa 1890. Three years after incorporation. Eighty four shares at a hundred bucks a share, that was real money back then.

Nice little engraving of the Santa Margarita River, whose banks lie less than a hundred feet from my front door. Will have to get it framed.

This company was organized in 1887 in order to dam the Santa Margarita River, a proposed task that led to protracted litigation and was never ultimately accomplished. Fallbrook was established the very same year, the area first known as Mt. Fairview, then as Fall Brook after a town in Pennsylvania where founder Vital Reche was from.

My property is at an elevation of 525'. The banks of the dam were to be at 500'. When I bought my property there was still talk of a potential dam and I was planning my future hotel and bait shop. Was not destined to be.
Posted by Blue Heron at 2:22 PM