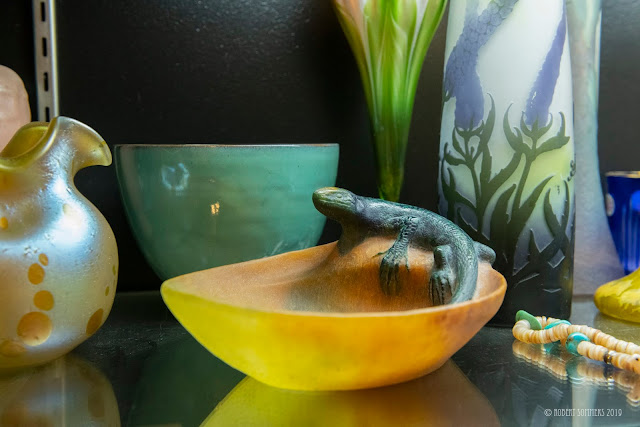 I wanted to share this new acquisition with you. This is a piece of french art glass made by a man named Victor Amalric Walter (1870 – 1959). Walter had a studio in Nancy in the early part of the twentieth century. He specialized in a type of glass called pâte de verre. This is a method where finely crushed glass is mixed with a binder and becomes a paste. The paste is mixed with color and enamel, applied to a mould and fired.

Walter pieces are very rare. I have one other in my life, a very small example. This is a very large piece, about eight and one half inches in width, a very fine form known as a vide poche. Signed, mint. This particular piece may have been designed and executed by Walter's longtime collaborator Henri Berge. 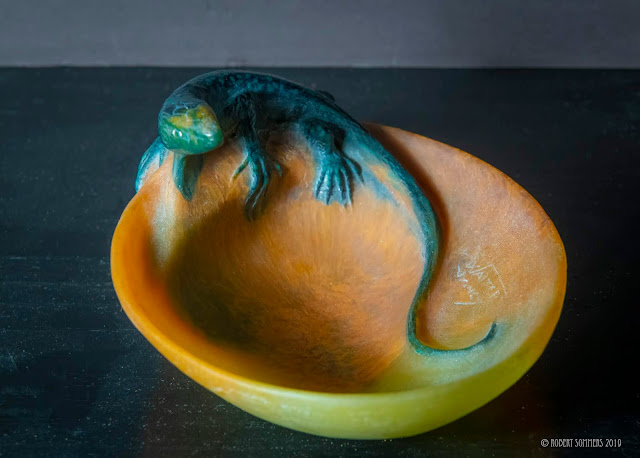 Production at Walter's studio was limited, he had very few employees and was known to be a perfectionist. I am asking a very modest sum for this piece, which I own with a partner. An older woman who lives in Mexico brought it in, it was collected by her late husband. 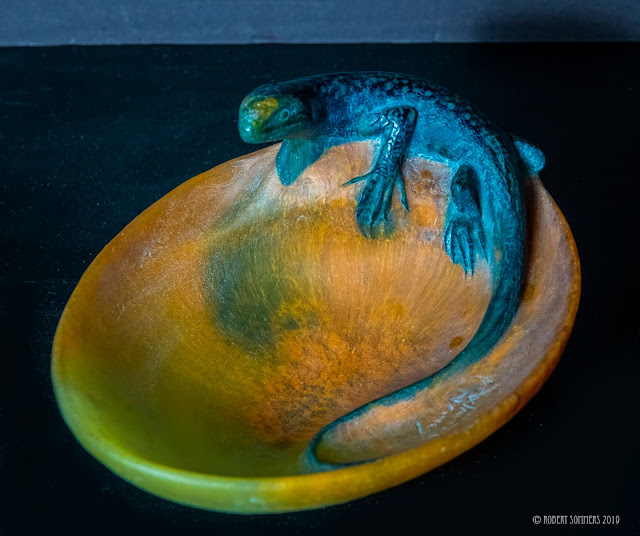 Look at the asking price for smaller similar examples online, I am asking less than a third of this one. And less than half of this one, which is half the size.

If you have an interest in beautiful art glass please come by and check it out.

Wow, it really has a tropical flavor. Was he Gauguin's neighbor?