Fit to be tied 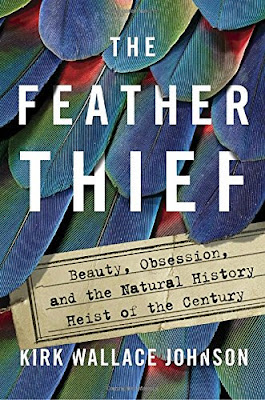 I have just finished the exceptional book, The Feather Thief  by Kirk Wallace Johnson. A real life who-done-it about the 2009 theft of 299 rare bird skins and feathers from the British Museum of Natural History at Tring.

Much of the material had been collected by the famous English biologist Alfred Russel Wallace in the 1850's and had been donated to the museum by Lord Lionel Rothschild from his personal collection.

A theft promulgated by a very unlikely young man who ultimately manages to pretty much skate unscathed for his misdeeds thanks to a gullible or perhaps crafty psychiatrist.

My friend Lois loaned me the book and it was fascinating. I learned much about the 19th century craze for exotic feathers, which the author said cut the native bird population of twenty six states nearly in half between 1883 and 1898. At one time feathers were worth more than gold as a commodity in this country and close to the value of diamonds.

Reaction to the denuded landscape and bird populations were the impetus to the founding of conservation groups like the Audubon Society. 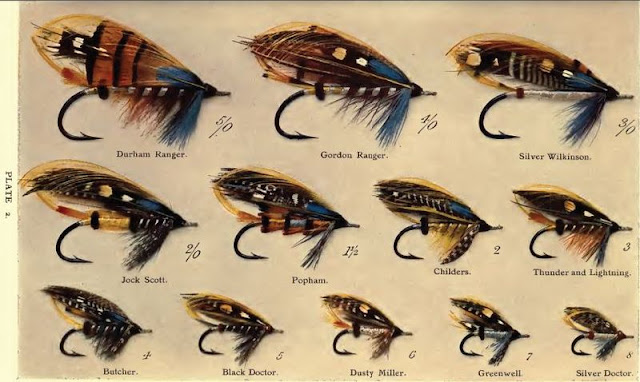 I learned a lot from the book but what it mostly is, is a deep look into the esoteric, mysterious world of fly tying, the ultimate recipients of the booty from this heist.

Apparently many fly tyers are not above trafficking in and receiving illegal feathers in order to tie some of the classic Scottish salmon flies of yesteryear. Their greed, rationalizations, self justification and moral wiggling as illustrated in this book are startling.

Typical entitled millennials, "It is the museum's fault for not having better security" and "No one ever looked at that old stuff anyway."

The book is a story of obsession, on the part of many of its characters, not the least of which including the author who makes it his temporary life's work to solve the puzzle.

The author pursued his quarry like a bloodhound and in the end left the rest of us with a very informative and interesting read.
Posted by Blue Heron at 8:41 PM