Socialism is terrible. Unless it is bailing out American farmers, than it is evidently okay. 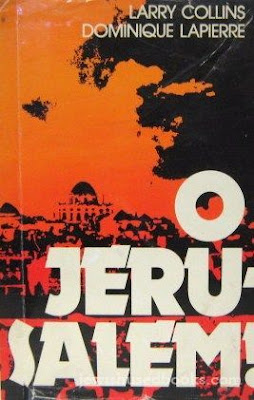 I don't think all that much of Congresswoman Rashida Tlaib but acknowledge and applaud her passion for her Palestinian people.

But she is dead wrong about the Palestinians creating a safe haven for jews fleeing nazi oppression during the holocaust.

Don't take my word for it, read the best book I have ever read on the subject, O Jerusalem by Collins and La Pierre. Told from both points of view, it is honest and objective.

The Grand Mufti of Jerusalem, Haj Amin Al Husseini, met with Hitler in 1941. They quickly found that they had congruent goals in removing the jews from both Palestine and Europe.


Al-Husseini began the conversation by declaring that the Germans and the Arabs had the same enemies: “the English, the Jews, and the Communists.” He proposed an Arab revolt all across the Middle East to fight the Jews; the English, who still ruled Palestine and controlled Iraq and Egypt; and even the French, who controlled Syria and Lebanon. (The British had secured a mandate for Palestine at the Paris peace conference in 1919, and made halting attempts to create a “Jewish national home” there without prejudicing the rights of the Arab population.) He also wanted to form an Arab legion, using Arab prisoners from the French Empire who were then POWs inside Germany. He also asked Hitler to declare publicly, as the German government had privately, that it favored “the elimination of the Jewish national home” in Palestine.

In fact Hitler paid the Mufti a monthly stipend to foment aggression against his favorite nemesis.


Husseini, who died in Beirut in 1974, was apparently paid 50,000 marks per month, and 80,000 additional marks a month for living expenses, according to a contract with the Germans. This was a time when a German field officer typically earned 25,000 marks a year. According to the report, on November 28, 1941, Adolf Hitler told Husseini that the Afrika Korps would “liberate” Arabs in the Middle East and that “Germany’s only objective there would be the destruction of the Jews.”

Doesn't sound like much of a safe haven to me.


...Nazi authorities planned to use Husseini as their leader after their conquest of Palestine. Husseini was paid handsomely by the Nazis for his efforts, recruited Muslims for the SS and was promised that he would be made Palestine’s leader after its Jewish population of 350,000 had been murdered.

The ethnic problems in the middle east certainly did not begin with Hitler. My father was born in Palestine and told me about anti jewish riots in Hebron in the 1920's. But he said that the real jewish ire of the time was mostly directed at the British.

Sorry Rashida, but you are way off base here.


“The idea that you can change China’s entire economic system — the way they manage state-owned companies, the way they manage their technology policy or their industrial policy — in the course of a trade discussion is just nuts,” said Rutledge, now chief investment officer at the global investment firm Safanad. He has also advised leaders in the Chinese government.
“It was nuts in the beginning. It’s nuts now,” he added.

Overreach ultimately is the bane of all of these sorts of disruptor regimes. Ours and theirs.

*
Iranians are crying that the recent action against Saudi pipelines by Houthi rebels is a U.S. contrivance and mockup, designed to be a pretext for a new war against Iran. Gulf of Tonkin anybody?

*
Laura Ingraham is once again railing against immigration but this time it's the legal immigration that is bothering her. Changing the demographics. Could she be any clearer?

*
Sadly ironic that the administration is celebrating the release from jail of the journalists in Myanmar while simultaneously revoking White House Press asses for certain reporters that have given them trouble in the past.
Posted by Blue Heron at 12:53 PM

P.C. Would say let’s all come together. History says radical Muslim’s want ur people to vanish off face of earth