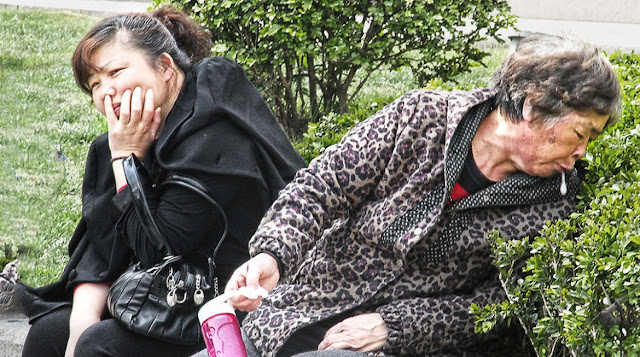 One of my many dumb diversions of late is following the antics of rude mainland Chinese citizens and tourists on YouTube. Pretty entertaining.

Watch them eat. Watch them take anything that's not nailed down. Even the stones off the beach. Or fight over makeup. Or let their children relieve themselves at the train station. Or steal the toilet seats. Or destroy ancient land formations. Or throw hissy fits at the hotel. Or abandon their suitcases. And boy, can they fight over train and airplane seats. 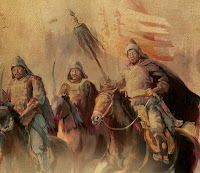 When the mainland Chinese come to visit it is like having Genghis Khan at the front gate. These people act in such a barbaric manner, like carving their names in ancient relics. Not welcome in Japan and many other parts of Asia these days and quickly wearing out their welcome in Africa and Europe.

I will never forget being at the French Laundry and having a Chinese diner at the next table stuff a whole brioche in his mouth at one time and act like a complete animal. Staff had to come over and lecture him on manners and put his coat back on. They were kicked out of this Osaka restaurant for throwing shrimp shells on the floor.

I have seen the whole act at Yellowstone as well. Get selfies with bison. Very interesting driving skills. Smoke like chimneys. And boy can these people spit. Anywhere. You can talk all you want about your bad German, French, Russian and Israeli tourists but the mainland Chinese win the whole fortune cookie, hands down.
Posted by Blue Heron at 9:36 AM

Not to excuse the behavior of the chinese, but I've seen all that and worse by many non-oriental folk visiting hereabouts - sometimes to their particular detriment, as in a fatal fall from an area that has warning signs telling them to stay back from the edge of some steep/deep dropoff or another. Just desserts, says I.

When I lived in North Beach in San Francisco, I walked to and from work south of Market through Chinatown. All the old women spit in the streets everywhere every day, mainly the women but I'm sure the men did too but not as much as the women. It was pretty bad. ~ Diane O