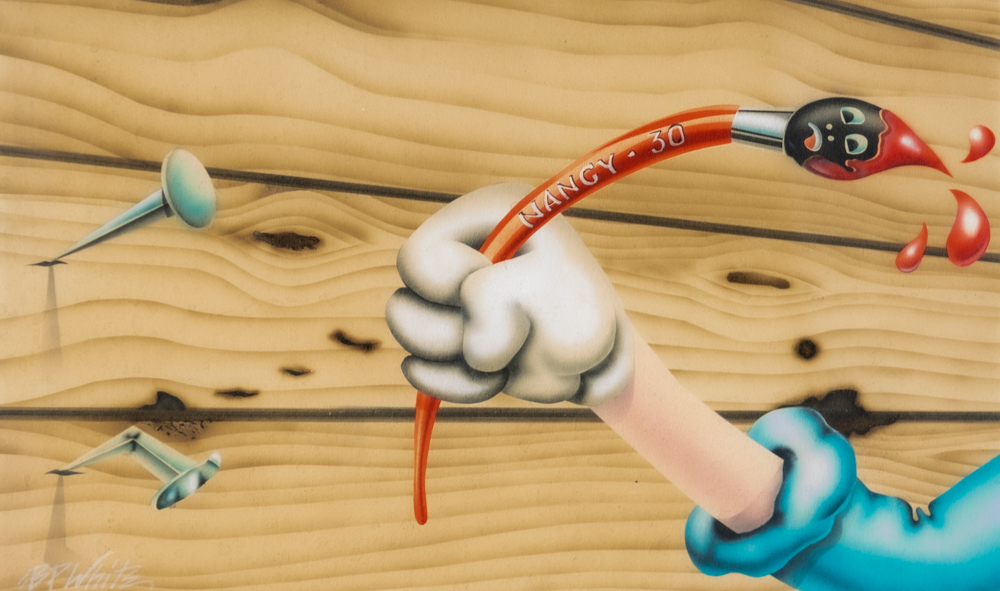 This is one of the neat little paintings I bought this weekend. Not real valuable but I bought it cheap and it is a fun airbrush, reminds me a bit of Kenny Scharf's work.

I believe that it is signed BP White. I couldn't find anybody listed under that name during my brief research. If there are any sleuths out there that can shed light on the identity of the painter it would be much appreciated. 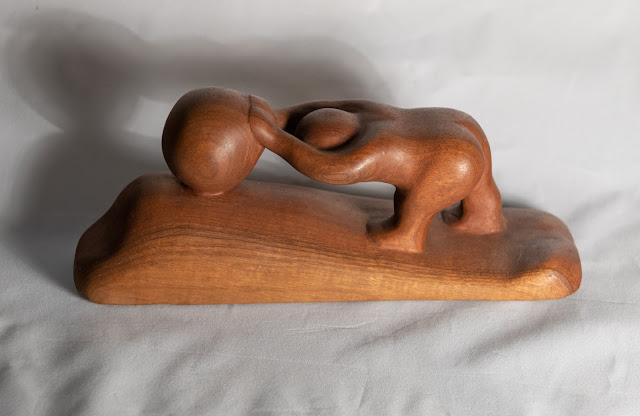 I also bought a lot of five nice wood carvings last week. At least four were carved by the same hand. Two are signed Iles, one is dated 1953. There are a few Iles listed but they would have been about two years old when this one was carved and that would be one talented baby. 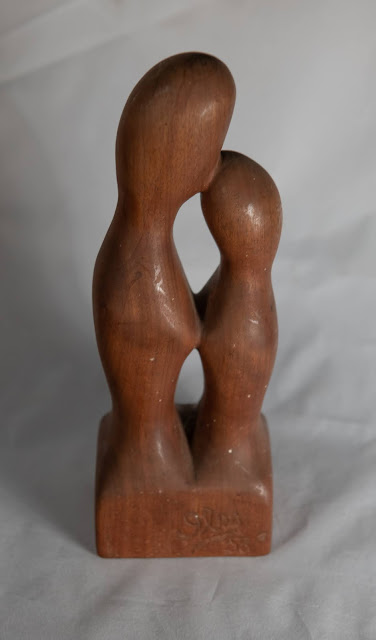