So much for representative government.

I saw an interesting statistic today, will try to fact check it. The 48 Senators who voted to convict President Trump represent 18 million more voters than the 52 Senators that voted to acquit.


The study, by three economics researchers at the University of Texas, quantifies just how often the Electoral College will produce an “inversion” — that is, an election where one candidate wins the popular vote but the other walks away with the presidency. The numbers are simply astonishing.In modern elections where one party prevails by just 2 points in the two-party popular vote, “inversions are expected in more than 30% of elections.” That number rises to 40 percent in elections with a 1 percentage-point margin.Republicans, moreover, are far more likely to benefit from an inversion than Democrats. “In the modern period,” the study suggests, “Republicans should be expected to win 65% of Presidential contests in which they narrowly lose the popular vote.”

We have to stop penalizing people who live in highly populated states. Their vote should be equal to that of every other citizen. Time to do away with the electoral college. I am tired of being ruled by a minority of my fellow citizens, especially parasitic red state voters who suck so much of the Federal tax money that States like California provide and who give back so little in return. 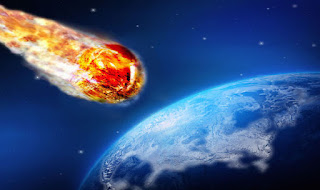 Here, here. Sixty-two percent of New Hampshire Democrats said they would prefer to see a large stray shooting star crash into Earth and end all human life than suffer through the reelection of President Trump, according to a UMass-Lowell poll.
Posted by Blue Heron at 4:50 PM

You are way off on this one.

I don't think so. Wait until the GOP stacked SCOTUS dismembers Roe. Then the fun will really start.

I agree with you BH.... I believe the stat you cited is correct. Another stat: a Senator in WY represents something like 250,000 People or a bit more, each Senator in CA represents close to 20 million!

Thank our founding fathers for electoral college they had amazing foresight !

The inequities in the constitution are really hard to change, typically requiring an amendment. The last amendment, the ERA looks a lot like Lenin in his formaldehyde aquarium. For the foreseeable future I think we will have these close elections that magnify distortions built into the constitution. It probably won't last forever though. You see, I have been driving future citizens up through the border, giving them savings accounts and cars and giving them brain surgery that makes them liberals. It is a slow project but I am very patient. When the president wears a sombrero instead of a spray on tan I will be successful. Viva!

Hey anonymous, sage as the founders were I don't think they could ever have envisioned the election gaming by today's GOP, voter suppression, gerrymandering, inversions,court packing, Merrick Garlandering, etc. There is something patently unfair and undemocratic about a minority controlling and obstructing the majority will of American voters.

The electoral college is no longer a good proxy for democratic vote. It favors low population density over high. Sanoguy’s comment sums it up. How does it make sense to have one senator representing 20M and another 200k? The system of representation needs revision, ASAP. Susan Collins has great power representing 1% of a CA senator’s constituency. You can’t tell me that’s what the Framers wanted.

Well, it probably is what the founders wanted. In the day states were sorta viewed as mini countries. The senate has two from each state explicitly to prevent the big states from dominating the little ones. The electoral college was even weirder and not so democratic. Originally they were elected by state legislators to distance the electors from the more representative institutions like directly elected legislators. They were a sort of little philosopher king and could vote any way they wished. It resembled some European systems where a king or emperor was elected by nobility. State laws usually were reformed later to make electors reflect the popular vote for their state. Not all states require this. It’s a 250 year old notion. If anything this proves that the founders weren’t directed by god. They were smart dudes but far from infallible.

As opposed to de facto tyranny from the majority.

There would be no electoral college without slavery Ed. it was imposed to protect southern slave states. https://www.nytimes.com/2019/04/06/opinion/electoral-college-slavery.html
So I will personally take majority rule any day. A majority of people in this country believe in the right to reproductive choice and a majority believe that Donald Trump should be removed from office. I am with them.

You are not giving the GOP enough credit here. They mean never to lose another election. They'll milk their structural advantages for everything they're worth and make up for any shortfalls through gerrymandering, voter suppression, and foreign interference. They'll gut the court by appointing as many radically incompetent justices as they can, pay Roberts, Alito, and Thomas to retire just like they did Kennedy, so Trump can appoint young incompetent justices in the vein of Boof-K and Go-Suck. If even one of those three retires before the election, then you'll know it's true. If we lose this next election, we will be living in a single-party pseudo-democratic autocracy.

Everyone one for abortion has already been born. Call it clever wording as Germany did to rid the world of the unwanted. We will look back years from now and compare it to Germany holocaust

You make your moral choices, allow others to make theirs. Conservatives typically ove babies right until they hit the ground, then they cut their support.

Lies, damn lies, and Robert's Brain. Wait till the GOP wins the popular vote and your
knee jerk buddies win the Electoral...then you'll be screaming...'SAVED BY THE COLLEGE AGAIN!!!' If you weren't so transparent this would not need to be written.

Why not have the National election decided in three states from now on, or better yet, just three cities? What's that you say about 'the people' should decide? Yeah, yur kind of people. Snot nosed bleeding hearts.