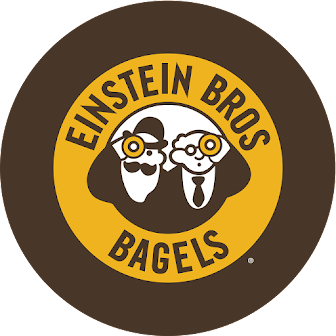 When I was a young art/architecture student in college I had a commercial art teacher named Jim Hulbert. Jim was an illustrator for Ford in Detroit for thirty years and he tried to work us to death best he could.

Taught us a lot about becoming professional artists though and some of his lessons I will never forget. He was a very good teacher, no b.s..

Anyway one of the main things he tried to emphasize was the need to create your own reference library using your own source material so that you weren't stealing or appropriating other people's work. Take your own source pictures.

With a quarter million of my own images on my drives it is easier for me than some but there are admittedly times that I slip.

And this blogpost is such an occasion. I could run down to Hillcrest and covertly take some pictures but I won't, was there this morning and frankly I don't feel so hot. So I am doing a visual smash and grab off the net instead.

Anyhow, about two weeks ago I was awaiting a procedure and I was hungry and I slipped over to Einstein Bagels on Robinson for a cup of coffee and a nova on sesame, no onion, no capers, squeeze of lemon.

And I noticed that the large arty murals covering the walls all had a central theme, namely what I clearly perceived were old world Jews in bowler hats cavorting around in a fanciful Jewish like manner like they are wont to do. Happy, well fed Jews eating standard Jewish fare.

And I wish that I had taken pictures of the art because I was plainly getting pissed at them. Not that they were offensive, the graphics were actually quite well done and charming. It was instead the fact the knowledge that the founding owners of the people that now own Einstein Bagels were actually Nazi sympathizers.

And the Jews that they had working in forced labor for them were not quite so well fed. And now they were profiting from their pleasant caricature, not to mention a business name which hearkens to one of the most famous jews that has ever lived.

The German family whose holding company owns controlling stakes in companies such as Krispy Kreme Doughnuts, Panera Bread, Pret a Manger and Einstein Bros. Bagels profited from the horrors of the Nazi regime, according to a bombshell report in a German newspaper.

The tabloid Bild, one of Germany’s most popular papers, reported that Albert Reimann Sr. and Albert Reimann Jr., whose family backs JAB Holdings, had significant links to the Third Reich.

The company, which also owns Noah's (which has its own hebraic etymology) and Manhattan Bagel, got into the bagel game in 2014. Sort of like George Lincoln Rockwell buying Aunt Jemima.

The report found that Russian civilians and French prisoners of war were used as forced laborers in the family’s factories and private villas around World War II, when it was involved in chemicals-related manufacturing mostly for the food industry, according to Deutsche Welle. 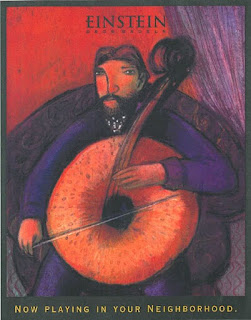 I talk, somewhat dismissively, about people getting needlessly sore and oversensitive about cultural patrimony issues but it feels a little different when it is your tuchas being co-opted. I lost over 80% of my father's family at Auschwitz, after a last train ride from Wyszkove.

And I feel angry somehow that an advertising campaign, can obliquely portray and fetishize these happy and rotund quasi Jews as their totemic icons, when the founders of the company were complicit in a movement that placed my own family in the ovens.

Now don't  get me wrong, I love the Germans today, seriously. I admire them and consider them fully contrite and repentant. I just think this advertising is too much. I will stop off at the next Einsteins I see and try to grab some shots. Tell me if I am off base here. But I personally find their advertising campaign a bit obscene. Make the bagels but don't sell them with cartoon Jews, the subtle shtick is a little too much.

Will give you better examples at a later date.

and thank you for the education.

That said, and so help me God I’ll do this, if I ever start another band, it’s going to be called Jew Cartoons.

I would boycott them, but sadly, as much as I love bagels, I have not eaten one in over two years. My body thanks me, and I thank my doctor for reading me the riot act.

Not calling for a boycott, just pointing out a strange absurdity. Sorry about the high glycemic index, we all have to die sometime. I like to think of a bagel as a cheerio on steroids.

Never liked Einstein's bagels. Now I have a good reason to not patronize them or the other affiliates of their parent company again. Have these nazi slave master billionares ever made any form of reparation to the families of their victims? Truly disgusting immoral humans these business owners are / were. JH

The Wikipedia entry on Einstein Bros. indicates that they acknowledge the past and have taken compensatory steps. You can read it and see if you are satisfied with it.

It is not about me being satisfied or their acknowledgment and compensation or lack of same. It is me being weirded out by the incongruency of a bagel shop that uses eastern european jewish imagery in its advertising being owned by a company founded by nazis.

Reading your post this morning got me thinking about cultural expropriation and genocide. I realized that I hadn’t really considered that the groups that resented having their culture expropriated usually have suffered far greater injustices preceding that action. In this case, having the caricature image be smiling and well dressed doesn’t mean it avoids the negative associations levied with that stereotype.

that is a very good point that I had not considered.