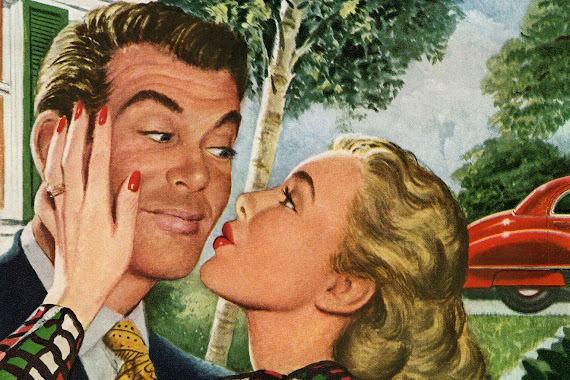 Some think it is time for the government to step in and redress their pent up grievances and hormonal overload.

In 2018, Washingtonian magazine reported on young D.C. conservatives who found that working in the Trump White House or for right-wing media outlets were dating-app dealbreakers. A 2017 piece in The Federalist argued that dating sites that allow for “associative mating” — also known as “selecting partners with interests and beliefs in common” — were in fact the reason Trump was elected in the first place. The New York Times’s Ross Douthat applauded the British economist Robin Hanson for advocating the “redistribution” of sex as a remedy for the murderous misogyny of incels.

The newest entry in this pantheon of conservative lonely hearts comes from Eric Kaufmann, whose piece this week in the National Review, “Political Discrimination as Civil-Rights Struggle,” argues that college women’s disinterest in dating Trump supporters doesn’t just hurt their feelings, but is in fact discrimination. This, Kaufmann maintains, is evidence of a “progressive authoritarianism” that’s compelling “young elite Americans” to be turned off by “conservatives' resistance to racial, gender, and sexual progressivism.”

Face it fellows, they just don't dig you. Try to legislate your way out of this one.

Of course, conservatives have repeatedly shown a willingness to dispense with their core principles when market forces turn against them. And Ross Douthat and Robin Hanson prove that when access to sex is at stake, conservatives get downright socialist real fast.

Well, who wants to go out with a broke ideologue? These guys are at the bottom of the right wing food chain, just out of their mom's basement and working for some second rate politician?

They can pay for it, just like Donald Trump does.