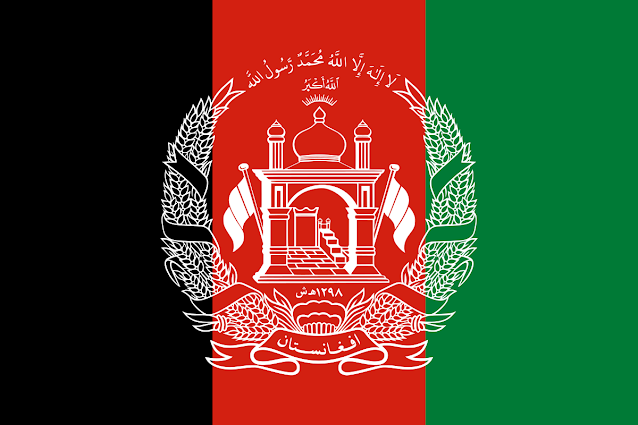 The breathy warning from the right wing-o-sphere is bleak. Taliban surges as Biden pulls US troops out of Afghanistan, with experts warning of 'foreign policy disaster' reads the Fox headline.

President Biden is “going to own” the “ugly images” resulting from the withdrawal of U.S. troops from Afghanistan said Rep. Michael McCaul (R-Texas) on Sunday.

How convenient to forget that then President Trump explicitly called for this draw down way back in February of 2020.

“Everybody’s tired of war,” Trump told reporters at the White House. “It’s been a very long journey. It’s been a hard journey for everybody."

It's called intellectual integrity. You call them the same way from either side of the plate, not just when your team is leading the charge. Or you end up looking like hypocritical idiots.

Ex Afghan President Hamid Karzai wants to blame the United States for the problems in his country. What a joke.
This is a guy whose late brother ran the opium trade and was known as a CIA operative before he was gunned down by his own security guard.

Western officials pointed to evidence that Ahmed Wali Karzai orchestrated the manufacture of hundreds of thousands of phony ballots for his brother’s re-election effort in August. He is also believed to have been responsible for setting up dozens of so-called ghost polling stations — existing only on paper — that were used to manufacture tens of thousands of phony ballots.

“The only way to clean up Chicago is to get rid of Capone,” General Flynn said.

In the interview in which he denied a role in the drug trade or taking money from the C.I.A., Ahmed Wali Karzai said he received regular payments from his brother, the president, for “expenses,” but said he did not know where the money came from. He has, among other things, introduced Americans to insurgents considering changing sides. And he has given the Americans intelligence, he said. But he said he was not compensated for that assistance.

These people are as dirty as sin, corrupt as hell. Follow the money.

If they want to blame somebody they need to look in the mirror. Twenty years in the Afghan hellhole is long enough. But tell me, why is it that the U.S. trained Afghani military forces have always been so inept, they can't seem to get out of their own way? Yet the Taliban are some of the most ruthless and efficient fighters on the planet. Something is wrong with this picture. The fault does not lie with the United States or the Western World. The fault rests solely with the afghanis, who are not sure if they want to join the 20th century yet, let alone the present.

How can these be the same people, that is unless they have been playing us the whole time. They played Obama, the played Trump, who believed that the Taliban would reform. The only person who has not been played is the current occupant of the White House. Time for the Afghanis to do their own dirty work.

It was obvious that our intervention would never work to change their culture. Sorry, but let them stew in their own juice. We should never have gone in (Vietnam anyone?) and now it's time to wave bye-bye. You will never change anybody's heart or mind just because you've pointed a gun at them. ~ Diane O