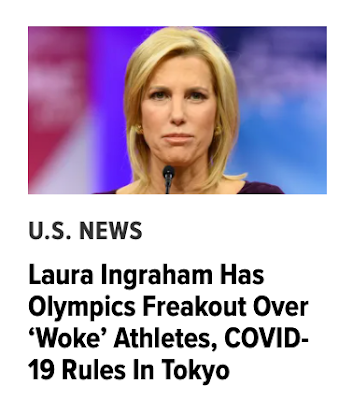 Champion supposed freedom of speech but cancel athletes and tell them they have to shut up. Laura Ingraham is her own worst disease.

And re: the Cleveland Indians thing, isn't it the right of a private business to call their team whatever they want to? The new guardians name is taken from some stone figures that surround the city, I was hoping for the Shondors.

And if Ben and Jerry's wants to limit sales of its ice cream in the occupied territories, that is their right too.

A State Senator in Arizona goes off. Wendy, we need to explain a few things to you. And you might want to watch the company you keep.

Guess who is really behind the pandemic? 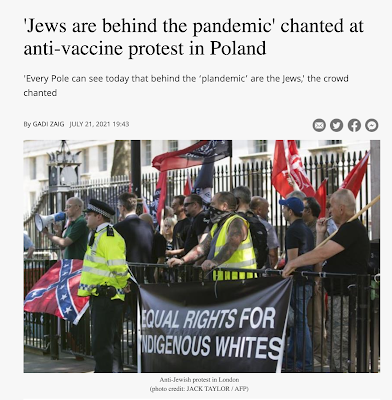 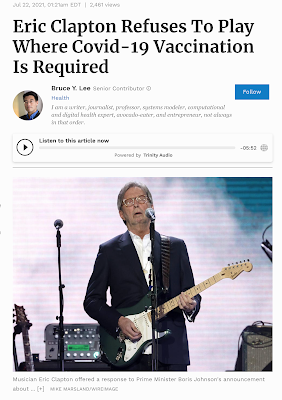 “I don’t want you here, in the room or in my country,” Clapton declared. “Listen to me, man! I think we should vote for Enoch Powell. Enoch’s our man. I think Enoch’s right, I think we should send them all back. Stop Britain from becoming a black colony. Get the foreigners out. Get the wogs out. Get the coons out. Keep Britain white. I used to be into dope, now I’m into racism. It’s much heavier, man. Fucking wogs, man. Fucking Saudis taking over London. Bastard wogs. Britain is becoming overcrowded and Enoch will stop it and send them all back. The black wogs and coons and Arabs and fucking Jamaicans and fucking… don’t belong here, we don’t want them here. This is England, this is a white country, we don’t want any black wogs and coons living here. We need to make clear to them they are not welcome. England is for white people, man. We are a white country. I don’t want fucking wogs living next to me with their standards. This is Great Britain, a white country. What is happening to us, for fuck’s sake?” 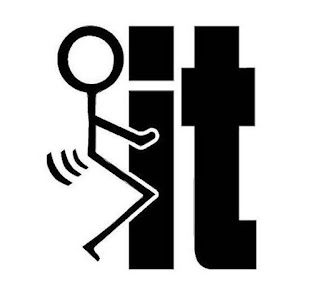