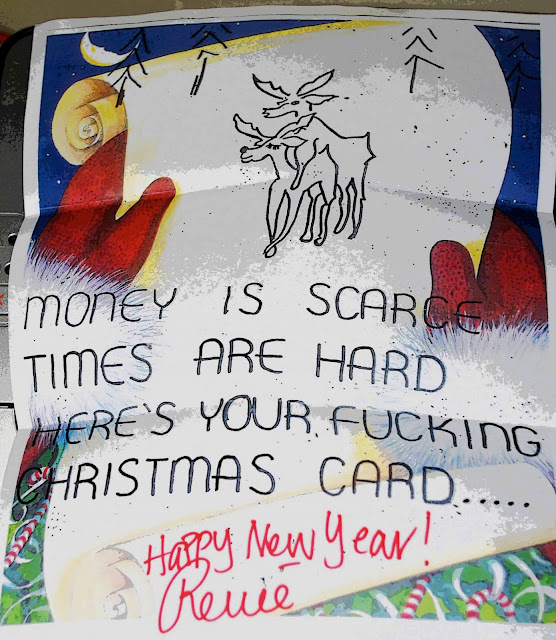 To those that made it, many thanks. I had a great time and I hope that you enjoyed yourselves. To those that couldn't - were sick, tired or otherwise encumbered, I understand, we will catch you next time. To those that I forgot to invite, oops, my bad, we will make it right.
The gallery is large, but at one point (as is usual in our soirees) the main room was as packed as a school of lusty sardines at a singles bar. People were angling for invites this week, good friends who I would have invited if I could but I just knew that the thing was already too big. 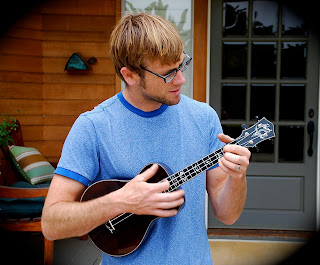 The music was excellent with luthier and guitar man extraordinaire Andy Powers providing the sonic squiggles along with drummer/guitarist Dave Blackburn. They played tasteful jazz for the first course but when they got to rocking, the temperature gauge started climbing fast. We deserve a few rock anthems, damn it!
The wine aficionados secreted the great bottles in little stashes and cubby holes, and met in my office for serious imbibing. The still learning bunch brought a Drouhin Oregon Pinot that was my favorite sip of the night. I start tippling at about 1:00 with my friend Brigitte who is an organizer extraordinaire and was whipping my shop into shape. So I was well lubricated when people started sauntering in at about 6:30. Who brought the Sea Smoke bottle? Come back and drink it with us.
Denis Kelly was holding court in the back, down from Oaktown with wife Kathy, and he is so knowledgeable about food and wine that he makes the perfect party guest. If only he could get over his shyness.  Jim and Janis brought out a nice 2000 Louis Jadot burgundy, suitably aged but still with lots of life. 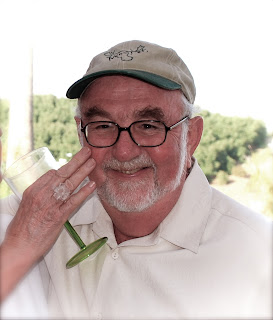 Potluck food was over the top, we ended up taking bags and bags home. Colestocks brought sliders, which were great, and remarked how easy it was to just throw out a call for bring your own rather than hassling with catering. We've never been disappointed. Sort of like a northwest coast potlatch.
Scott Atkinson came up with wife Jayne and a few friends. Scott was the longtime curator at the Terra and San Diego Museums of Art. I appreciate that he made the long drive. The coastal contingent also found their way to our fair burg.
Women looked gorgeous, the call having gone out that they present themselves in their finery. Men didn't look too shlubby.
My friend Gary brought an elegant russian woman over who it just so happens is from my mother's ancestral family home in Moldava, Kishinev. When I told her the family name, Wainrober, she remarked that she thought that we were in the wine business, which I had never thought about, the family coming here in 1922. I had always heard that great grandpa was a horse thief and a wheat smuggler. It was really great to meet this person.
No damage to the gallery, we have never had a significant casualty, but someone did pour a drink on my french bronze. Thanks. 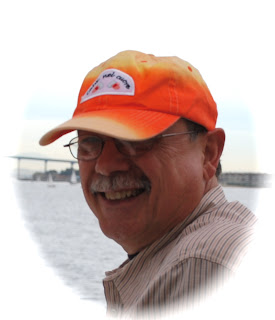 As always at a big party, you can't talk to everyone and hope that people can engineer their own happiness and conversation. Lots of people left without a proper goodbye and I am sorry about that. Special shout out to Kim and Pat who had to get up at 3:00 in the morning to drive to Long Beach and still made it. 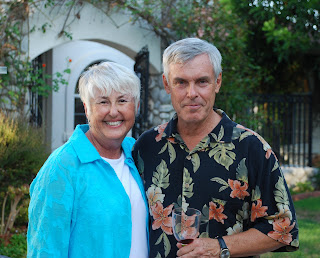 Renee showed up super late from Newport Beach Christmas Boat extravaganza and helped clean up along with Michael and Carmen Maas. Thanks again guys. Fairly early breakdown, home by 1:30. I feel good this morning, not the slightest bit hungover, which is sort of a miracle of miracles.
My gallery and Leslie's store seem to function like I imagine a 20's Paris Salon did. A warm visually stimulating environment for people to hang out. Maybe the best part of my job. 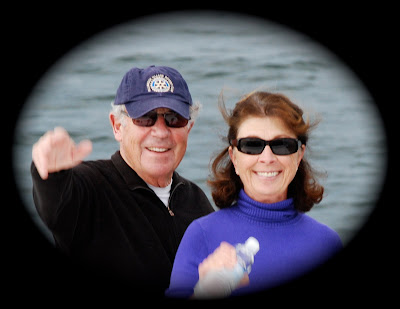 well, another gathering of the charmed circle of characters from rob and leslies' songbook.... great fun. wish i could have had the chance to really chat up some of the more reticent folk hiding in the back with the hidden bottles of aged vino.... but, i liked my perch on the leather footstool in the front sipping my red and meeting and greeting the arrivals as they wormed their way past the table of savory treats. i ate too many of the fine little hand made cookies that were light as air with nuts and raisons inside. i realized this morning why the woman with the big blond hair and huge eyes looked familiar. she sells fruit and greens at our local farmers market with her husband out of their winnabago. had a good many laughs in leslie's shop, dancing to al green and and soaking up the spirit of the goddesses in the purple glow. now we have white tara gracing our guest bed where i am sure our next house guest will feel even more loved and coddled. thanks for the great nite. the four of us had a sweet bubble ride out listening to UB40 and talking up a storm. reminds me to get outta my space and hi tail it out to the ranch once in a while. see ya soon dearest ones. L & R

Much thanks for the party. It was a excellent evening. I am sure you folks ate and drank everything in the place and ended up laying about like some denizens of an 1870's Chinatown Opium den. And I had to leave early. So is my luck these days.

I was speaking with Mr. Powers during a lull and since he opened with a little ditty by Cream, I inquired if he knew "Pressed Rat and Warthog".

He was not familiar with the song.

It was performed by Cream on their /Wheels of Fire / (1967) album. The song was unusual because it was narrated by Ginger Baker , rather than being sung by Jack Bruce or Eric Clapton as was normal for the band.

I attach it here in hopes that you can forward it to him for his entertainment.

It is one of my favorites from the band and that lets you know just how weird my tastes are.

Robert and Leslie- thanks for the invite; you achieved a delicate balance of food, culture, entertainment, and holiday cheer. Clearly the best our 'burg has to offer. Our Best Wishes to you and all the wonderful people we met for the holidays!