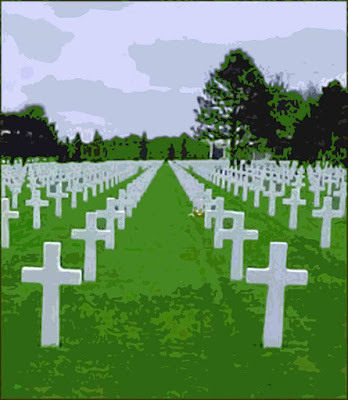 Today's Wall Street Journal has an opinion remarkable in its naivete and temerity. The piece, authored by the Muslim Public Affairs Council's Salam Al-Marayati, suggests that the Fort Hood killer be given a crash course on the Koran and allowed to repent for his murderous sins. We get a cautionary instruction that if punished severely he may become an icon for violent extremism, leading other young people (presumably wacked out muslim fanatics) and civilians to their deaths. The death toll from this psychiatric psycho now stands at 13, with another 31 people seriously injured.

Marayati wants Nidal Malik Hasan to beg for forgiveness and apologize to the victim's families. Now pardon me for my crude ignorance, but I don't think an apology is going to cut it at this point, nor will a refresher course on the brighter side of the Koran. I am afraid that his redemption and reformation needs to take place after he pays the vaunted 92 virgins a visit, preferably from the other side of the dirt.  Maybe Jimmy Swaggart can repent after a boozy night with a couple of skanky hookers in Riverside, I am afraid that Nidal Hasan's karma needs to stew for a few incarnations before we polish that apple again.

I still don't know how they missed all of the signals with this guy. I will admit, that the majority of shrinks I have met have been a little bit nuts, that goes without saying. But to put a radical muslim in the role of counselor seems a bit beyond the pale.  And nobody wants to take responsibility for allowing him to serve in such an important post. It turns out that the NSA had intercepted between 10 and 20 communications in the last year between Nidal Hasan and Anwar al-Awlaki, a yemeni cleric and associate of three of the 9/11 hijackers. Yet no one connected the dots?

Marayati cautions that we have to afford Nidal Hasan the presumption of innocence, ironic concerning the lack of concern for the lives of innocents killed in 9/11 and by jihadists around the world on a seemingly weekly or daily basis. He also suggests that the insanity defense might be the only viable legal option. The author explains that the Quran is an instrument to take people from darkness to light. Excuse me if I miss that trip, Salam.


"…this attack, for all the pain it caused, was not in a strict sense a terrorist operation. It was a military operation, producing no civilian casualties – exactly the kind of attack that Americans might have lauded had it been directed against Washington's enemies." MPAC paper that tried to justify the Hezbullah bombing of the United States Marines Barracks in 1983 that killed 241 U.S. military personnel.