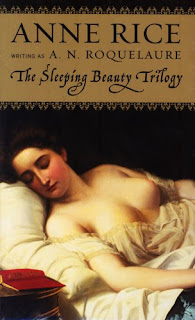 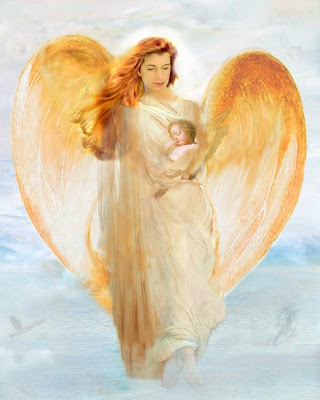 Anne Rice, the noted writer of goth, whose tales of vampires have enthralled her readership for years, has undergone some sort of religious and literary conversion.

Rice has penned a little story in Parade Magazine this past weekend titled, The Angels Among Us. She tells us how angels are dazzling expressions of the almighty's love for his children and so forth. Now they may be, I am certainly not qualified to say. She talks about their origins in Exodus and Isaiah and their standing gig at the ark of the covenant.

I think Rice is going through what I have seen several older people undergo in the twilight of their lives, the religious hedge bet. I have seen more than a few cold hearted atheists and life long agnostics suddenly get all sacred and dewy eyed on the downward approach to the final curtain. Throw a lifetime of critical thinking out the window when confronted by the prospect of a terminal dirt nap.

What is interesting about Rice is how she was such a poster child for the dark side, introducing thousands into a world of the demon possessed, not to mention the fact that she was the author of some pretty intense and perverse pornography. She is like some street hooker who has spent a lifetime turning tricks on the cobblestones behind the pub, only now she is singing nearer my god to thee at the grange meeting hall and pulling entirely for the other team. It's so darn confusing.

I went on her website today and there are a bunch of links to catholic organizations, which is cool. Catholicism also has a touch of the medieval quality which infused her earlier writing. It's a sufficiently florid environment for her to work.

I wonder what caused the metamorphosis and if she is like a repentant alcoholic now, hating her former self and ready to join the little sisters of the poor?  I also wonder if she can read and appreciate her more dark and sexually provocative stories without a major bout of self loathing.

Maybe she was religious as a child and this is merely a reaction to an earlier adolescent reaction, an act of rebellion that had pitted her against conventional moral authority. I don't know. I was never a huge fan of Rice's work. I just find it interesting when artists do 180 degree turns like this. She can now pillory herself for a life of sin. Indulge and wallow in the enormity of her perdition. Still bound by her earliest conventions.

Guilt sucks. Do us all a favor and come back to the dark side, Anne.
Posted by Blue Heron at 7:33 PM

by sheer coincidence i was in Riverside a few weekends ago to check out the historic Mission Inn, and there, in a downpour, Anne's fans were lined up around the block for a book signing; draw your own conclusions.