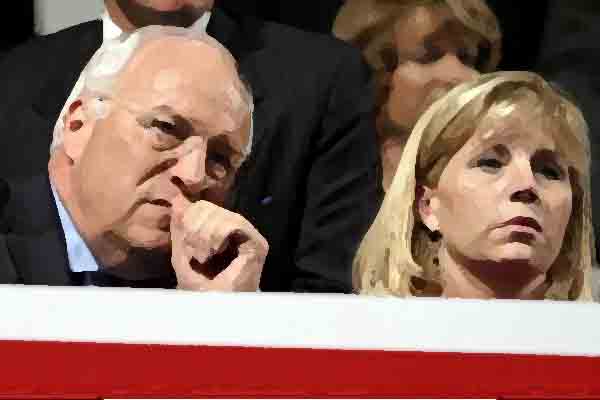 The speed of the takeover was stunning. After the military coup, the new leaders of the government promised that an observer would hardly notice a difference. And they were right for the most part, at least for the first several weeks.

Then people started to disappear. Some ended up in prison, some in the sanitarium and some were simply never seen again. Teachers and union leaders were among the first to get picked up. The lucky ones who recanted their leftist philosophy and decided it was a propitious time to snitch on their peers were out with no more than a six month stretch in the reeducation camps. The not so lucky ones received the "Jack Nicholson Special" and got a chance to see what life was like missing a frontal lobe.

The few abortion doctors that had managed to stick around met a more gruesome fate, when the laws were changed so that the right to lifers could finally settle their old score their own way. They stuck that old guy in Nebraska in a shredding machine, while the Soldiers for Zion prayed outside that he too would one day know the full extent of Christ's immense mercy and love for him.

Of course, the women who had the procedure performed did not entirely escape god's wrath either. They were ordered to have their heads shaved and only allowed to wear red burlap garments, to remind them and those around them of the magnitude of their sin and how they had offended the almighty creator.

People that were suspected of being homosexual had a slightly harder plight. A largely uninhabited section of Nevada was carved out as a prison for the sexually aberrant and they were merely dumped in the desert to live or perhaps die.

Hypothalamus size was now checked for irregularity in a quick scan at the Motor Vehicle Department prior to the issuance of a driver's license and any one who had the gay physiological component was quickly extracted from the general population. This proved quite embarrassing for a few closeted republican congressmen but you can't make omelets without breaking a few eggs now, can you? In addition, every american of voting age was forced to take a loyalty test. The first failing grade was a ticket to the camps.

At first, anyone assumed to be a foreigner or alien by virtue of their dark skin was quickly dumped off at the border. Big business and agribusiness had a hissy fit that they no longer had enough bodies to pick the fields or run the factories and a new bracero policy was introduced, but the laws were modified so the damn illegals couldn't have their damn babies here and call them American. Blacks and hispanic citizens were quietly given  cash stipends to go back to their countries of origin and most took the subtle hint.

Church attendance was now compulsory. The government granted a wide latitude on the accepted denominations, but the absence of any faith that did not recognize Jesus Christ as mankind's sole personal lord and savior was hard to miss. Agnostics, atheists, quakers, mormons, jews, buddhists, unitarians and liberation theology catholics now were forced to practice their faith in clandestine attics and closets or face the dire wrath of the authorities. Most took the easy route out and became baptists.

Schools were run pretty much as usual, although teachers had to undergo a laborious vetting over their personal philosophy and moral proclivities and their attendance record at church. Evolution was out as was the teaching of any history of america that did not show colonialism, indian extermination, and the actions of white men in a positive and wholesome light. And not forsake either man's dominion over the plants and animals or the god given right to own automatic weapons.

In a nod of the head to Stalin and the House Un American hearings of the 1950's, people were offered new cars and housing for pointing out subversives in their neighborhoods. Failure to fly the flag of our country, people who read too many books, people who liked to listen to "race music", all of these things could prick the antennae of watchful patriots.

Email, social networking sites, telephone communications, snail mail, text messaging, blogging and any other infernal new device for personal communication were routinely screened, filtered, mangled and pulverized by DARPA mainframes that scrutinized every kernel of communication for left leaning and anti american tendencies. Irony and sarcasm were officially outlawed in public communication as the vaunted new technology still couldn't get the joke. As was speaking in any brogue but the official language, English.

The government adopted the Singaporean method of criminal justice, sending dope smokers and other miscreants to a quick date with the hangman. In a nod to the fallen Saddam Hussein, executions were conducted in public squares, and attendance by the citizenry was compulsory. Most of these events were held in soccer fields, as that game too was now outlawed, being a foreign game that Americans pretty much sucked at.

Lifestyles and practices that were deemed satanic and too "new agey" were outlawed, like yoga, environmentalism, eating "health food", sex outside of the state endorsed missionary position (but only with the light's off), writing poetry outside of the standard iambic pentameter, dancing in styles other than square, and immodesty in dress and ornamentation. Failure to watch an adequate amount of television was frowned upon as was an undue concern for the environment or any mention of global warming or other unpatriotic precepts that had been categorically rejected by the ruling class.

Both kinds were of music were deemed acceptable, country and western. Lee Greenwood, Pat Boone and Kate Smith enjoyed a healthy renaissance.

While it is not nearly as onerous as wearing a burkha, women's skirt lengths were set at a modest 2&1/2" below the knee. Blouses should cover their forearms to the wrist. A special squad of religious police enforced these rules quite stringently. Women were denied the right to vote or hold public office, except for exemplary members of the fairer sex like Sarah Palin, who had proved her worth in the revolution.  No one could vote who did not show evidence that they were in fact, property owners.

Liz Cheney was the official liaison to her father and the other members of the junta. Mocking her in public was a felony met with a long and compulsory incarceration. The overloads promised that any cultural purge would be temporary and that martial law would be lifted "within the decade". With a few limitations, of course.

Tort reform went to its ultimate and expected conclusion, with the practice of law now outlawed and instead replaced with a board of clergymen, police and members of the chamber of commerce who would weigh in on the evil quotient of every perpetrator unlucky enough to be dragged in front of their inquest. Liberal judges were tarred and feathered and pushed out of the hatch doors of cargo planes, the blood of the infidels watering the holy liberty tree so that we might restore our fruitful covenant.

In short, America was back as she was contemplated by our holy forefathers, a shining city on the hill, a land that was no longer red state and blue state, it was one state, the state that knows all and sees all and will never again tolerate or brook any challenge to its reign. God bless her. God bless America. Let freedom ring.

Stunning.
And a good part of my nightmares exposed.

It is excellent and the populace should have access to it.

I think you should send this to the Huffington Post folks.

paranoia strikes deep, into your life it hath crept...