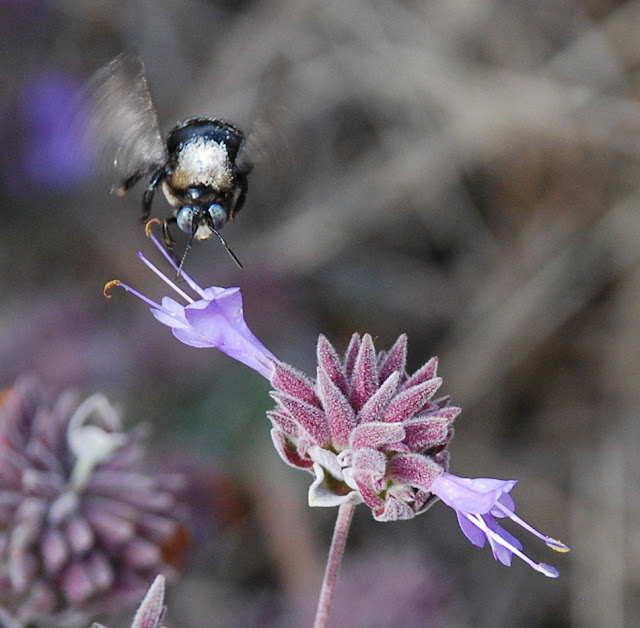 I am really thankful for a friend like Kevin Kinnear. Kevin is a guitar seller and broker who has sold some of the finest acoustic guitars in the country during his tenure with both Buffalo Brothers and his own Epic Guitars. He is a really nice guy who didn't have great timing with his solo venture and the recession.

I gave Kevin a mint koa Goodall guitar that I wasn't really playing to sell for me a few months back. Things got tough for me and I asked Kevin to lower the price by $500, and I was already at cost for the guitar. He comes by the other night and hands me the whole amount I had originally asked for. 9 out of 10 people would have put the extra money in their pocket, hell, I probably would have, but Kevin was straight up.

This gives me new faith in humanity, seriously. What a guy. If you are looking for a nice guitar, get in touch with me and I will hook you up with him. His wife was in a bad car accident last year and he deserves a break. Thank you, Kevin.

SDGE announces today that it is raising the rates 5% for people who have been energy misers for conserving too much power. Assholes.

Mike Bianchi had a great line in the paper the other day - when they asked Tiger Woods wife how many times she hit him with the club, she said she didn't know but to put her down for a five.

Many folks in Fallbrook and Temecula are rightfully scared of the new proposed Liberty Quarry. I live at the southwestern edge and I am sure that it will have a terrible impact if it is sited. Granite had all the local politicians nicely lined up like ducks in a row. The Temecula and Rainbow grass roots groups have done a great job in opposition. I spent two years fighting a landfill full time and I know the amount of work involved.

Who cares if aggregate is expensive? Development is at a standstill in southern california, there's no water. Too many bodies already. There are less driveways to be poured and less new roads to be laid. Besides, they already have Rosemary's Mountain Quarry sited a mere stones throw away.

Even more appalling are the massive new developments planned for Merriam Mountain and Valley Center. Thousands of homes. I used to be a tract builder but still must confess I don't get it. Where are all of these people going to work? Why build mega developments in this market? Growth cannot be the principal economic engine in San Diego and Southern California any longer. Look at the housing glut in Phoenix and Vegas. Look at the Antelope Valley disaster.

When Carmel Mountain Ranch was first built I was disgusted. We have our own disastrous sea of mediocrity at Highway 76 and 15. Is it called Strawberry Fields? Somebody was tripping. I don't get why anyone would live in such a place except for cul de sac child rearing and easy access to bible study. A big blob of ticky tack, that seems to be expanding like the plague. Yuck. If you want to live 10 feet from your neighbor, may I suggest Temecula?

Carmelo Anthony is on a tear in the NBA and is my early vote for MVP. Besting LeBron and Kobe in scoring average.

My buddy Shawn in Thailand is on the remote Andaman coast looking for rare plants. He sent me a bunch of pictures today of his botanical booty. What is really intriguing is that the coast is also inhabited by a rare tiger species. Been nice knowing you, Shawn.

I was tempted to do the Art Deco Show in San Francisco this weekend and from early reports am glad that I didn't.  Lots of window shoppers according to my sources and little action. Word was that Sommers couldn't have handled the disappointment so all of my loyal readers have been spared.

Great to see the Obama Administration go to bat for discredited torture enabler John Yoo this week and file a brief to stop his indictment. Meet the new boss, same as the old boss...

Chief Justice Roberts has written an essay on the phrase "build a more perfect union."Roberts explains that the founders' desire for a "more perfect union" rests not on a common heritage, but "more fundamentally on a unity of common beliefs that Americans of all backgrounds throughout history have embraced."  You know in the old days, when everyone thought the same way, and no one upset the apple cart, and the secular humanists weren't set on destroying the American way of life. Brings a tear to my eye and a longing for the good old days of separate drinking fountains and segregated lunch counters and lynching.

The San Diego Chargers sure played the cities of Oceanside and Escondido for a bunch of fools in order to get their way with the city of San Diego. Bunch of rubes.

Woke up yesterday before the rain to find a stripped car in the middle of the windy road in the river canyon. Called CHP and they responded about 7 hours later. Car had been stolen and dumped. The rain was really intense. The wind tore one of my utility doors apart. New storm coming. Got the first fire of the season going in yonder fireplace.

Put the new Google Goggles application on my android today. Quite interesting. Take a picture of a leaf and it runs to a database and gives you info about the tree or take a shot of a building and it searches the  GPS and tells you the fax number of the business inside. Also put chrome for the mac on the machine which has a pretty nifty new search box. Soon it wont be liberal and conservative, we will divide the country up between those that can and can not hang with the new technology.

This is one of the first shots I took with my Nikon. Everyone always likes this shot for some reason.
Posted by Blue Heron at 8:59 PM

As long as it's not "Girl Talk" with Virginia Graham.

I dunno squat about sports, but your photos are always awesome.

Is that a kotex pad wrapped around Yoko's head? Blindfolded by a sanitary pad? What's that supposed to mean? Women are blinded by--our menses? Now, that doesn't strike me as very feminist and I know Yoko was pretty gung ho on that front. (Or did she mean we have been reduced to that, or something?)

I never knew what the hell she was talking about, but I will say, at least she was a true original.

Gee Daisy, I really thought it was a blindfold, you know some metaphor for blind justice, two of swords kind of thing...You had to clue me in, didn't you? I'm Yoko Ono and I want to talk to you about feminine protection. Oy, ok (yoko)?

i dig Yoko in that video, she really gives it a dada-ist dimension; never bought into the party line that she broke up the Beatles... last night the overnight radio show Coast to Coast was devoted to the Far Side of Beatlesology, from Paul is Dead to them foretelling 9-11, etc; i could only take it for so long...

Jerri Arganda sends this along regarding the aggregate issue: Alternative to a MEGA MINE in our Communities


Granite Construction estimates 70% truck traffic from the proposed mine going to San Diego. This is a lie. Granite’s other quarry, “Rosemary’s Mountain” , provides aggregate to San Diego.

Rosemary’s Mountain is monitored for air quality by an outside company. Recent findings determined they have exceeded limits for silica particles in dust several times; though they only produce at 12% capacity.
Is this an indication what to expect from “Liberty?”
Gary Nolan, Project Manager, stated, “This mine is permitted for 20 years and can be RE permitted for longer.”

Another source for aggregate not addressed; “Marine aggregate.”

The DEIR has to consider “ALL KNOWN PROJECTS” within a fifty mile radius of the market;

Their principal targets are main, coastal urban centers on the Western Seaboard of North America. They focus on terminal development in Southern California. They ship sand and aggregate up and down the coast using low sulfur fuel, considerably reducing pollution.

They recently completed successful negotiations with the Port of Long Beach.

September, 2007, Polaris Minerals entered into a long term “alliance” with CEMEX for California, Oregon and Washington as exclusive supplier.

“CEMERA” was formed. This is a joint venture between CEMEX Construction Material, a subsidiary of CEMEX, Inc and “Eagle Rock Aggregates, Inc” which is a subsidiary of Polaris Minerals, Inc.

The Port of San Diego has been negotiating with Polaris Minerals for several years for a terminal in San Diego. Recently, they entered into exclusive negotiations with CEMERA for a long term lease agreement. This is public record.

The Port of San Diego, SANDAG and CALTRANS obviously recognized this source as a viable alternative to quarries. Their aggregate has been pre approved by the State of California and certified as high quality by CALTRANS.

On the dock, trucks are idling and loaded in approximately three minutes. This eliminates negative impacts associated with an open pit gravel mine.

How economical is Granite’s project compared to CEMERA?

This marine transport solution is most advantageous from an environmental, logistical and economical point of view.

November 11, 2009, Polaris Minerals, Inc issued a press release regarding the “Exclusive negotiating agreement” with the Port of San Diego.

Once the contract is signed, CEMERA will be up and running within two years. This source is available sooner than Granite could “CARVE” the access road to the proposed quarry out of our southwest hills.

San Diego’s needs will be met WITHOUT a MEGA MINE and industrial complex.

Gary Johnson, quoted in November, 2009 said,” Granite wouldn’t be investing millions of dollars building Liberty quarry if there was a chance the demand in San Diego would go away.”

Well…..looks like San Diego is doing just fine without “Liberty!”

There are MORE than enough quarries in northern Riverside County to supply Temecula and Murrieta’s needs.