Cassandra - Evelyn De Morgan 1898
Never forget that in any given situation, there are more stupid people around than smart ones... Ken Kesey

I am suffering from a bit of writer's block. There ain't much to add to the mix right now that is cheery or upbeat. I don't want this blog to be a place where fellow depressives merely go to catch a buzz. There is plenty of that everywhere. But be forewarned: this is dark monday.

Cassandra Κασσάνδρα, "she who entangles men"was a greek lady who was granted the gift of prophecy by Apollo, with the proviso that she would never be believed. A real killjoy at parties, I suspect. The story goes that this beautiful daughter of King Priam and Queen Hecuba spent the night with Apollo and that his pet temple snakes licked her ears clean, giving her the power of prediction, the power to speak with animals and the ability to "hear the future." She rejected the god's advances and he placed a curse on her, leading to my long held belief that the gods are not to be trusted.

She foresaw the fall of Troy, where she was raped by Ajax the Lesser, and finally killed by Agamemnon's wife Clytemnestra, an act that she saw coming. Sort of like Rod Steiger in The Illustrated Man.


I have had a lot of older people coming by the gallery that are in really dire straits. People in their 60's and 70's that are losing their houses. People of all ages that can't find work.

A woman came by trying to sell some lovely silver last week whose close friend will soon be out in the street. She had never missed a mortgage but had been convinced to get an equity loan a few years ago. The loan company decided that the loan was now worth more than the home and she is out. Evicted. A woman who had made every payment. Pushing 80. When she complained to the loan company the woman on the other end of the telephone told her to "stop whining."

Republicans, with the help of one misguided and traitorous Democrat, Ben Nelson, have filibustered the funding of continued unemployment benefits to the many Americans who find themselves out of work and needing relief. They cast the unemployed as selfish freeloaders intent on gaming the system.

These politicians, in their palatial suites, that dine with fine silver and linen, with their fancy health insurance packages furnished by the American public, are so out of touch with the pain that exists in America today. Can't make omelets without breaking a few eggs, they are desensitized to the anguish that resides in their districts.

I am not a christian, but I am continually told that we live in a christian country. I am not an expert on the subject but I harbor some doubts.

What would the man from Nazareth think about the behavior of his flock? Or that section of the flock that considers themselves the duly anointed bearers of his message?

I just came back from a visit to Silvergate, one of the expensive senior retirement homes in my town. A clean, cheerful place with uniformed orderlies wheeling folks around breathing their last few breaths of life in the most dignified way possible. Very expensive. I have my own premonition. I will not be one of those standing idly by waiting and knitting when Mr. John Death raps those final knocks upon my door.

Age fast approaches, for all of us, as long as we are in this earthly game. And it seems many are not content to wait. A man wearing body armour shot it out with cops in Oakland yesterday. His mother Janice Williams says that he was upset "the way Congress was railroading through all these left-wing agenda items.
"I have no doubt it is him, he's been upset with the direction the country is going. ... He feels the people of this country are being raped by our government and politicians." Janice Williams said she kept the guns, which were locked in safe, because "eventually, I think we're going to be caught up in a revolution. He hasn't been able to get a job because he's an ex-felon and nobody will hire him," she said, adding that he was angry about his unemployment and about "what's happening to our country."

Momma feeds the criminal son a steady diet of right wing talking points and salts it with a dose of paranoia and you end up with a nice, living breathing, Manchurian candidate. Seems like there is a lot of suicide by cop and just plain suicide going on out there. People are getting too tired to fight. Many have lost their faith in their country and humanity in general. Perhaps if enabling mother had taken him to the woodshed a bit sooner he would not have ended up a habitual criminal.

June was the worst month on record for army suicides. Marine suicides are 24 in 100,000, the worst of any service branch. The nice Texas mayor did herself in the other day, taking a kid with her. Suicide is now the eleventh leading cause of death in America. Murder suicide pacts are now an every day occurrence, as is infanticide. Cheery blog, eh?

I guess the point is, if I have one, that people are surrendering hope. With all of our fancy electronic toys, there seems to be a dark foreboding across the land. We are certainly as divided as any time I can remember short of the sixties. Our politicians have failed us, our banks have raped us, our corporations have re-engineered our food, with an unhealthy dollop of growth hormone, and a chaser of pesticide resistant seed. They have fouled our waters and drastically changed our air. The thermosphere just underwent the biggest contraction in 43 years. A generally stupid electorate is so easily manipulated by those that would serve their corporate masters and aided and abetted in the crime by a willing Supreme Court. 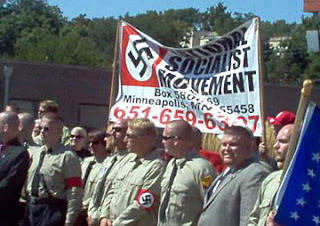 Heavily armed Nazi stormtroopers are prowling the desert searching for illegals and in comments I saw, cheered on by their conservative cohorts.

If you got hope, I want some of your meds. And if you are not depressed, you are not paying attention.
Posted by Blue Heron at 12:36 PM

I am depressed by a lot of the same things you describe. I have issues close to me in my own family that are terribly difficult. I never thought I would have to deal with the sort of problems I have been confronted with.

I have come to the realization that I can only solve / help the problems that are close to me. I try to do that. Past that, I try to do some healthy things... physical work, exercise... surfing is the main thing... it re-energizes me and allows me to face a lot of the things you describe, and enjoying family and friends.

I urge you to take more photos... you are very good at that, enjoy your life with your extraordinary wife, Leslie, and eat your brains out!!! Seriously, do all of those things except eat your brains out... eat in moderation... and continue to tell us about your fine dining experiences!!!

I finally came to the realization a few years ago
(when I realized that I was not indestructible), that I only get one shot at this thing we call life and I know I have to enjoy what we have here as much as possible. I am trying to do that. You do that as well!!!

I am convinced that the universe is spinning out of control. Something other than the obvious is out of whack. I have been witness to otherwise reasonable people doing desperate things in these times. I have been on the receiving end of angry tirades from people who are clearly just frustrated and want to vent. It is difficult not to get wrecked by all the bad news on the planet. To just curl up in a ball. Instead I am the ostrich with its head in the sand who refuses to watch the news stories any more...it's just too much.

A) Actually, that's Don King. Looks good since he's been on Nutri-System.
B) I live directly across the street from a Marine who committed suicide last year -- after his 4th deployment. Currently living in the same house is a Marine getting ready for his 5th deployment. He's a Hurtlocker mind of guy -- defuses bombs for a living while I tell ... See Moremiddle-aged women to "arch your back and blow". Guy is the most well adjusted Marine I have ever known. Waiting for the other shoe to drop.
C) Have a client who lives in Silvergate. Most days he remembers how to get to my studio -- most days. Oh, and it's one block away.
D) Which leads me to writer's block. I think we should have a telethon for the cure.... me too. rc

we should all listen to Irving Fields, things won't seem so bad then...

I caught a nice buzz off this post. Thanks man. I come back to your sentiment all the time...(If you're not depressed about the state of our world you're not paying attention). Or your brain is flying a bit too high on the SSRIs.
Sanoguy's advice is sound.

when you think about it, the state of the world has always been dire, though; just one case in point, our (or many of our) parents' generation; does what we're experiencing even compare to the Great Depression and World War II, which they lived though, although many didn't, of course; whatever gets you through...