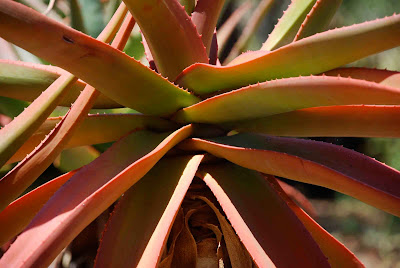 I had seen him before, many times in fact, at the gym. When you work out at the crack of dawn, people tend to their own business at the gym. Usually a polite nod or at most some idle chatter about the previous night's ball game. Most of us preferred to be in our own private zones and stay focussed on our individual workouts and we generally kept interpersonal dialogue to a minimum. He was a guy who never said much, some interest in sports.

For the first several years at the gym, he was always accompanied by this quite lovely girl, I thought that she was his wife. Later I got word that they were finished, she had apparently married one of the trainers who used to be at the gym, a likeable guy I hadn't seen in years. She was beautiful in a regal way, like an aztec princess, with her royal bearing and rigid, aquiline beak.

Maybe that was what set him off, I don't know? The break up and all. It had probably been a year or two since I had last seen him. He was sitting in front of the new coffee shop, the one that specialized in the geriatrics and the hot rod guys in the morning, who gave way to the young moms and the bible studiers at precisely 8:45 with the pass of the baton. My coffee shop.

The seats outside serviced a different breed of cat, the smokers and more than a couple nut cases, and  a few people who simply had no other place to perch. Recently someone had put up a "no crazies sign."

He was just there one day, now with a hoodie and a shaved head, but the same strong physique I remembered honed through many years of diligent work at the gym. I remember him as a quiet guy actually. Now he was loud and obtuse and just a little bit off, pointedly trying to fit into private conversations held by me and my compatriots who warily viewed the newcomer with suspicion. Trying to hard and missing the mark. We basically ignored him and eventually his boat found its way to some other shore, I suppose.

Word got around that he was sick, crazy and acting in a bizarre fashion. The rumors were that he was maybe on meth or off some necessary psychotic medication. That he was now living with his mother, and behaving very strangely. I wonder now if the last time I saw him at coffee was one of his last lucid and rational moments.

He walked into my store the other day with a large crazed smile and stopped in front of a showcase of silver and native american items, baskets and pottery.

"I know that you stole all of this from my ancestors. I am a warrior. I could kill you with a hundred weapons in this store," he said robotically. I looked at him clinically and watched as his eyes sort of rolled back in their sockets, displaying large globes of white. He was clearly not operating on any human wavelength that I was familiar with. He started muttering some very paranoid and mostly unintelligible words. Like many paranoid schizophrenics, he seemed acutely aware of my own thoughts regarding him.

"F," I said gently, calling him by his given name and trying to make some real contact with the man that I once barely knew.

"My name is Z-D. Zed," he answered, slightly bitterly as he quickly propelled himself out the door, spinning into some hypersonic orbit in a galaxy I had no knowledge of. I called a police lieutenant I knew who sent a deputy over. He wasn't aware of this one but assured me that there were more schizophrenics around than I realized and that they frequently had to pick them up off the street. I wanted to see if this one was on their radar and he said not yet. He asked me to call if I noted any more threats or strange behavior.

Later I learned that he had been beaten up recently at the Irish Pub and thrown out of at least one other establishment in town. The last I saw him he was walking in front of the bank having a loud and animated conversation with an invisible enemy and swatting his hand madly at the bare sky with a tortured gesture. Internal demon or extraterrestrial foe, who knows?

I know that sanity can be a knife edge proposition for some and I think I realize how fast we can be reduced to its mirror image after significant trauma. There but for the grace of god... Still, the extent of this man's plunge was shocking to me. I hope that he can find his bearings again and once again return to our dimension. This poor fellow now stranded on a strange and hostile planet.
Posted by Blue Heron at 8:24 PM

She was a sweet tomato. I knew I was under her spell. But one thought continued to tear at my soul, what was an innocent little doll like her doing in a hellhole of a gym like this one?.... there was only one answer to that riddle and I had to know.....I had no time to think, just react. I was heading down my secret expressway of doom, my fantasy factory, my crypt of desires. yes I was chopped liver, a stepping stone, Cathy's clown. It made no difference to me if I stumbled over my own feet, this lady was going to cast her spell on me and I had no resistance to her beauty and charm.........it was 3:AM I could not sleep. In my mind I keep seeing her sexy smile, her extraordinary curves and I could still hear her giggling and smell the Channel #5. I envisioned the two of us on a lonely deserted island. Just the two of us bronzed naked and frothing with tropical passion. Yeah you say I had lost my mind, but I would only confess that I had lost my heart................... I checked my e-mails then I loaded my gun. Nobody makes a fool out of Rob, Rob Sommerrs, nobody! Not the gyms weight instructor or her personal trainer. What Rob wants-Rob gets.........You mess with Rob its over,................

this fella hasn't come into our thrift store yet, for which i'm thankful..