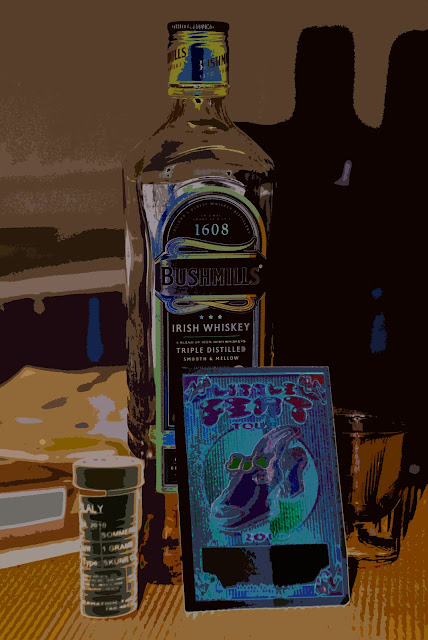 Last night Leslie and I had a fantastic evening with our friends Renee and Arnold. They had never met, Arnold living a bit north of us and not getting down to our area that often.

Arnold is a tall fellow who grew up with a lot of great Los Angeles musicians, including Arthur Lee and Paul Barrere. Very nice man, good player and a lot of fun. I enclose a picture of Arnold and Arthur together from 1964. 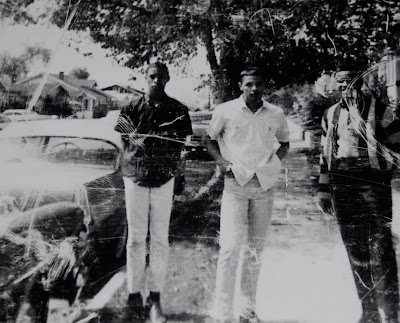 Paul is the ace long time guitar player for Little Feat. Arnold invited us to go with him to see Little Feat last night at the Coach House in San Juan Capistrano. His treat, both tickets and backstage passes. Drinks apparently on the house.

Little Feat is one of the quintessential American bands, still one of the tightest groups in the known universe and we said sure without a moment's hesitation.

We all piled in my van, which I actually had washed for the occasion and drove the hour plus distance up to the show, accompanied by my Quicksilver Messenger Service CD which everyone knew all the words to.  Sing along time in the blue van.

Got close and started looking for food near the venue. Years ago, the McNalley's, fellow antique mavens from Rancho Santa Fe, introduced me to a restaurant called El Maguey near the mission. Very funky, but excellent food, if memory still served.

We drove by the gorgeous mission and found that the restaurant was in fact still there and had not succumbed to the up scale right wing yuppie virus that is Orange County. We walked into the place, which actually has two entrances, a take out and a sit down and you stare at the backdated place in wonder. The bric brac on the top shelf stood proudly, like it had been there for fifty years and counting with an occasional dusting. No pretension, just honest mexican food with some items that you won't find at the usual taco stand or gringo joint.

The food last night was good to almost great, but not necessarily superlative and not La Cabanita good, the alpha and omega of all mexican restaurants. Of course La Cabanita is Chile Nogada style chilango food, more refined District Federale fare and this is more Oaxacan or Sonoran real people's food. But there is a place for each and generally the items were most delicious. Leslie thought the chips were kind of stale but I think that was just the taste they were aiming for and we kept our minds free of critical thoughts. 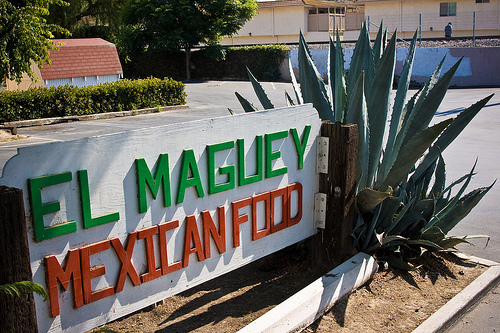 We ordered drinks and my wife sparred with the server, who might actually be the owner, about the absence of onions on her plates. He gave as well as he got but could tell we were serious. I started off with the gorgeous posole which was served with a tray of limes, onion and cabbage. He brought us additional cilantro and we all shared the mouthwatering stew. Large chunks of tender pork floating in a red broth of hominy. Leslie thought it was as good as our friend J.'s, who sets the posole gold standard.

I ordered the deep fried whole tilapia with heavily garliced shrimp, which was similar to dishes I have had served in Oaxaca, except no black beans at El Maguey. A huge plate nicely garnished with all the trimmings. Fish was a bit overcooked and a little bit of work. I left a few of the more difficult parts on my plate. My table companions and I quickly polished off the shrimp, which were killer. Leslie had a wet burrito, similar to what she grew up with in Michigan. Renee had chile rellenos, which she said were great and Arnold a monstrous taquito plate. 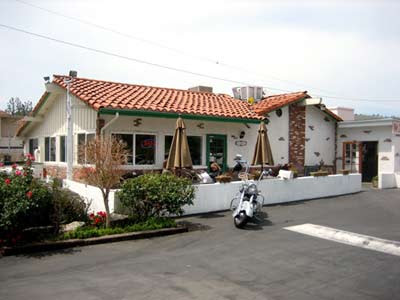 You could tell that the server was really into food and after we started chatting, he ran out and brought us pictures of the prosciutto that he was making, in two different styles, one a parma. This stuff won't be for sale, just personal stash, but I was drooling. He said it will take about a year. I recommend this place with its extensive menu to the mexican food lover who wants to try authentic cuisine.

We finally hightailed it to the nearby club, after getting lost and turning around once or twice and the band quickly went into their set. I have seen Little Feat many times and this was one of the best sets I have heard them play. I loved Lowell and saw him often, perhaps even his last show before his death, when I was at a conference in Washington D.C. in the seventies. Although memory fades and it may have been the Bottom Line? He was wearing a camo outfit and looked terrible. But that was a long time ago... Anyway, this band stands on its own and weaves into some sonic places where few others dare to tread. Unfortunately the acoustics of the place are dreadful, the ceiling swallowing up most of the ambient highs.

The band played a lot of their old chestnuts, and the crowd ate it up like spanish hams. The cajun spiced polyrhythm was so dazzling, the drums and bass so on the spot, we were quickly whisked away into some luscious psychedelic groove. These guys have played together so long, Bill, Fred and Paul and yet never on top of each other, always sacrificing individual pyrotechnics for the music. It was a treat. Especially liked when they played Long Black Veil and the Weight. The crowd, who were all older folks like us, was in serious sing along mode all night.

Had a nice encore with some very soulful keyboard playing by the remarkable Bill Payne. Afterwards we went backstage and met Paul, who was beyond gracious and even remembered our names. Leslie drove us home (seemingly in half the time it took for me to get up there)  and we didn't turn into pumpkins, soon tucked safely back in our beds. On a scale of 1 to 10 this thursday night was faboo.