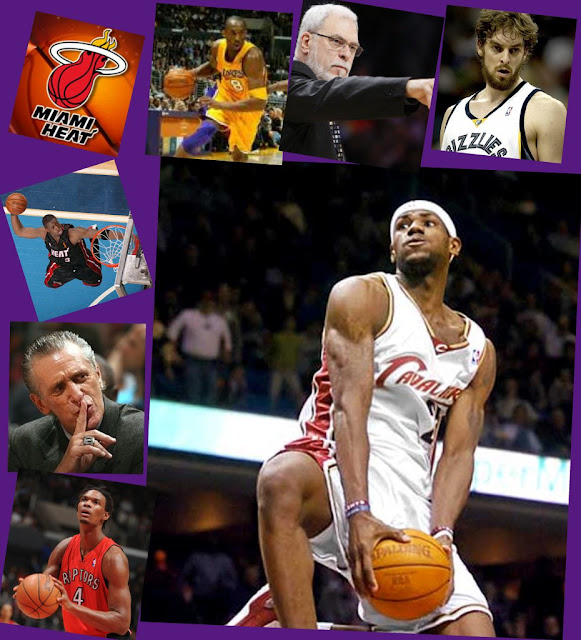 With the signing of LeBron James, Chris Bosh and Dwayne Wade, the Miami Heat have just lobbed a very serious shot at the Los Angeles Lakers hope for a threepeat. 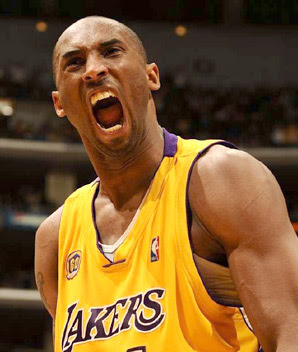 I do not think that the current roster of Lakers can hang with this Heat team. No matter who Manny, Moe and Jack are.

If Odom played to his potential every night, they would have a shot but he doesn't. He is fabulous one night and then he disappears. The Lakers have to find a top quality point guard. Fish, you were great, couldn't have done it without you but better to leave a year early...Jordan Farmar, I know that you are mishpucha but we need a Deron Williams, Chris Paul, Nash kind of catalyst. Get Nash for a year or two. Steve Blake? You think so?

The Lakers will certainly have the length if Bynum stays healthy, but when has he done that? Is he Sam Bowie? Or Greg Oden? Or can he have five or six productive years?

Shannon Brown just jumped out of the building, pulling an Ariza in search of gelt. Luke will always be a lunchpail tweener. Everyone counted out the Lakers before the playoffs last year, 5th or sixth best on ESPN's depth chart. Then Kobe Brant, the best basketball player since Magic, ripped his opponents throat out.

What is interesting about the move, which appears to be player driven, is that it may augur a whole new era where the players themselves play general manager and start stacking teams. I predict that the rich will certainly get richer and that it sucks to be Cleveland.

If the Los Angeles Lakers want to contend, Dr. Jerry will have to back away from the tables and secure a big time free agent. He doesn't have the horses or the cards right now. 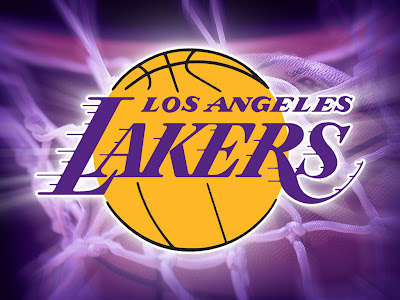 Don't bury the Lakers quite yet. You ever hear 'THATS WHY THEY PLAY THE GAME' Buss/Kupchak will make adjustments thru trades.
Chicago will be a much better team with Boozer. Phoenix will actually be better without Amare. New York Yew Nork, you gotta choose one.

Love the SEX PISTOLS quote about whose amusement we are on this planet for……..?! Hmmmm, thought it was for God’s? Always love your blast! jk