A matter of timing... 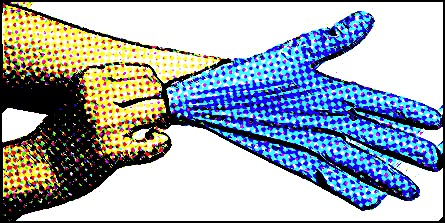 It is a terrible and unfortunate truth but it is said that every man, if he lives long enough, will develop prostate cancer. Now, it's never exactly been high on my personal bucket list, but hey, I've gone through just about everything else and the malady wouldn't necessarily surprise me.

I will try to spare the most intimate details but for the last week I have had to pee about every ten minutes, my bladder seemingly synching up with Old Faithful's periodic eruptions and I was starting to wonder if my number had finally been called. I was beginning to worry.

I visited my faithful urologist this morning and after filling the clear plastic cup for him took the position necessary for that most intimate of handshakes. He was apologetic and I think as happy as I was for him to assume his role in the requisite probing, and he administered the digital diagnostics in the most professional way possible.

I must say there was one tipping point in the procedure that showed me that for all of my immaturity, I am conceivably growing up and gaining a small passel of wisdom. There is an old maxim about never discussing religion or politics in certain quarters, a maxim that I have been very guilty of violating, on numerous occasions.

So there I am leaning over the table with my arms crossed indian style, having surrendered every dignity that a man can possess when Dr. G decides to go off. With his arm up my rectum like an Amish mechanic, he says, "That s.o.b. Obama. He has taken everything. I won't even work on liberals anymore. Honestly, I ask them their politics, and if they are a Democrat they can just piss off. And I used to be a liberal." He was mumbling dark epithets and clearly not happy about the possibility of any change that we can or cannot believe in.

Now most of you folks have known me for a long time and you know that I rarely if ever shirk combat. I would rather eat dirt than vote republican.  And yet with this man's finger up my ass and me in such a compromised position, I was literally tongue tied. The wrong gesture on his part at that point and I am moving to Vienna to join a boy's choir. At that moment I tell you I would have rather french kissed Phyllis Schlafly than discuss my personal political beliefs with my urologist.

My brain may be Democrat but from now on, my urinary tract is absolutely nonpartisan.  Oh and the test results came back and it's just an infection. Cheers.