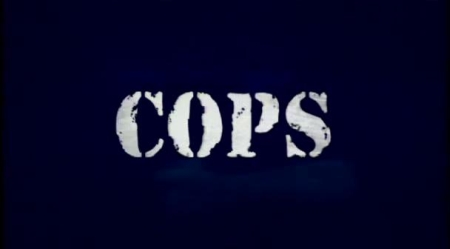 As I love to sneeringly admit, my wife and I do not have a television, in fact we have been bereft of the blue cathode box for almost two decades.

I realize that this admission is practically un-American and beg your mercy for my omission.
Not having a television makes me somewhat of a foreign citizen in my own land. Never saw a Seinfeld, or House, or Law and Order, basically I am clueless about a lot of what passes for popular culture in this great land of hours. Would be a total washout on Jeopardy.
I try to make up for my cluelessness by watching television in hotels, mostly Nick at Night, TV Land and cartoons. When we were in Los Angeles the other day I watched C.O.P.S. or at least as much as I could stand of the program.
In the episode that I saw, these three porcine female cops stopped a car driven by a young brunette with a nose that resembled human buttocks who, camera thrust in face, was sucking down pieces of Popeye's Fried Chicken like an industrial strength vacuum cleaner. Her passenger was a black man. They seemed neither drunk, lewd or acting in any other unreasonable way. Appeared to be a couple of friends having fun.
The female driver explained that the man was a friend from work. He was evasive about his name and they discovered an outstanding warrant for him, but it was for some piddly ass offense.
The cops started in on the woman - what if they called her husband and let him know that she was unattended in a car with a black man. Gasp. Shudder. Miscegenation as we live and breathe. The driver looked nonplussed but you could tell that the lady officers were ready to hang a scarlet letter around her neck right then and there. Bigamist and a race mixer.
You can call me a paranoid alarmist but I think that if the right wing elements get their way in the next election, and it looks like they very possibly could, this country will steer so far right that George Bush will look like George McGovern. This kind of puritanical fascism might be the new order of the day. The cops can enforce the social mores of the good book, maybe get serious about the blue laws again. Read about a community in South Carolina that banned whistling and singing this week. Dancing is still a no no in many small towns. Let's put the Baptists in charge?
We do not appear to be alone in our new Calvinism. Similar tidal forces are now surfacing in Russia and Iran, where people are getting lengthy prison terms or worse for demeaning the popular god.
It was very strange to watch this episode of C.O.P.S. to say the least. Like it is any of their fucking business.
Posted by Blue Heron at 10:38 PM

"As I love to sneeringly admit, my wife and I do not have a television..."
You might get a kick out of these:
stuffwhitepeoplelike.com
www.theonion.com

you're missing some great stuff, though, like Pawn Stars, and Chopped (on the Food Network); but i guess this explains why you seem to get so much more done than us tube-a-holics.

Rob, I gave up the tv about 6 months ago. One of the best moves of my life. My entire house is calmer. Its odd that when I come across a tv at work or a friends house I have no inclination to even look at the stupid thing. I have 2 teenage sons and they don't miss it. Let me tell you that I love the "Blast". You write very nicely. I especially enjoy when you write about food. You turned me on to sushi in the 70's. Looks like you have a lovely life in Fallbrook, I am very happy for you!

Hey Brian, thanks for the nice compliment. Are you still in the Eureka area? We do go back a long way, and we all had a lot of fun. Still having fun, but not that kind of fun...

You don't watch TV because the internet is your electric demon. But that's good for the rest of us because we can enjoy your brilliant writing and insights. I remember when you re-wrote my term paper in a advertising class. Nabbed an A on it.
Kudos for your self imposed restriction, but you failed to mention that you do have a TV and watch movies on it.