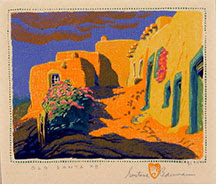 I got horrible news today. I was talking on the phone to my friend Gary a few hours ago and he told me that our friend A---- had died, taking his own life. He didn't have a lot of details.

I am in San Francisco and feel a bit helpless and devastated at the news of the loss of my friend. I want to call his cell phone, to e-mail him, to get some certainty that this isn't one of life's cruel ruses and to ascertain that he is truly gone.

A--- was like an older brother to me. About 10 years older than I, he was one of the few people on this earth who had my number and could shut me down intellectually in an instant. And I would shut up. He understood me. Incredibly bright, wealthy beyond measure with homes in Montana and La Jolla and a ton of income property, money could not be part of this final equation?

What could? What did propel my friend to the final act of suicide? He had two wonderful grown children, and a grandchild. A wife with whom he seemed to have a normal and supportive relationship. He worked with disadvantaged youth, had been a philanthropic board member, had an expert's eye in art and design. He had amassed the best of the best over the years, be it Molesworth, or Natzler or Baumann. He took the best vacations of any one I knew, venturing off to far off lands that I could only dream about. A guy who had it all. And a very keen mind.

A--- was even more cynical than I am regarding certain issues. He had an aversion to crosses, and religion in general and I had to keep this phobia in mind when pitching him artwork. He was a rare person of great wealth and standing who never forsook his progressive nature. He put his money where his mouth was politically, funding some common sense liberal causes.

A--- was the man who had announced to me earlier this year that he had basically renounced things and was now mainly interested in helping people. I know that he was always concerned about my own health problems and visited me when I was in the hospital.

I have noticed that many people that like A---. share my genetic lineage, seem to be prone to depression. Or maybe it's just the people that are trying to pay attention or are under the mistaken impression that they can make a difference. I know my friend was deeply concerned with the foul state of the world.

Suicide is the most selfish of acts. Yet who among us can feel the innermost pain of our friends, family and neighbors and so we must forgive them. I will never stop missing my friend. I wish that my friendship with him could have been close enough to alter his decision. To have been able to talk him out of whatever transpired, the details of which are still unknown to me.

Goodbye friend and thank you for the company, however brief. You have made this world better by your being here.
Posted by Blue Heron at 5:11 PM

I'm very sorry to hear this Rob. I know how you feel, unfortunately I've been where you are now. This type of thing is avoidable. People need to reach out and ask for help...trust their friends and loved ones, but this can be so hard to do when one is feeling so badly.