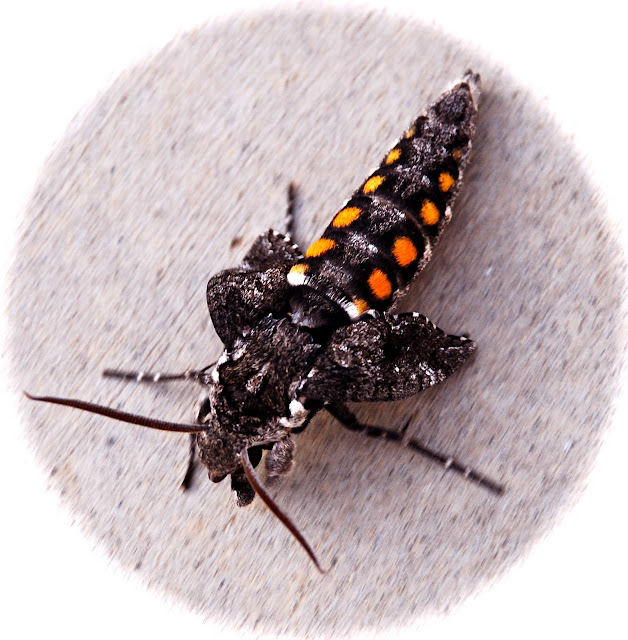 Leslie and I were guests at the lovely DeLuz estate of Brigitte and Morgan last night. Their wonderful friend Roz was in from Atlanta and they set out a sumptuous spread, as usual. We dined in the twilight outdoors and everything was going just swimmingly until the distaff hostess decided to shock us all by jumping into the pool fully clothed!

She had neglected to remove her cell phone from her pocket and we watched horrified as she was electrocuted by the small electric charge. After we finished our entrees somebody called the fire department but alas, it was already too late.

In any case, when life gives you lemons you have to make lemonade so we all kept our game faces and smiles on and made it a memorable night anyway. After all, these sorts of things happen.

Leslie found this bizarre creature on the sidewalk of the residence. At first I thought it was a bug but the specimen was at least 4" to 5" long and I am thinking either space invader sent on an earthly recon mission plotting alien takeover or a late pleistocene holdout that has been surviving under the radar. Something that branched off from the pterodactyl twig, I would hazard. He crawled up my pant leg and eventually upon my hand and made a strange whirring electronic noise. I set him down on a rock and saw that he was still struggling to ambulate at least a half hour later. Probably not yet acclimated to earth's gravity.

Anybody ever seen one of these babies? What in the hell is it? 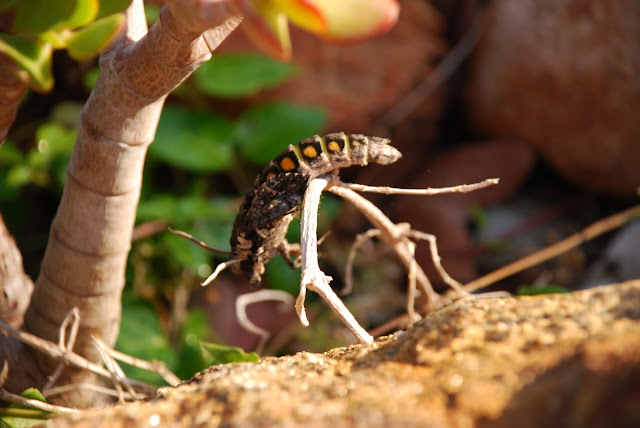 So your hostess must have risen from the dead as she was spotted around Fallbrook at various events eating, drinking, dancing and singing loudly last evening. She indicated that the Crackberry was not worn into the pool but rather the tracking device that the Feds have mandated she wear at all times so they know her whereabouts.