I believe that the recent SCOTUS  Masterpiece Cakeshop v. Colorado Civil Rights Commission decision was a wrong headed slippery slope towards discrimination in the guise of "religious liberty."

What happens if your religious beliefs tell you that blacks or jews or eskimos or gays are subhuman and that you can not rent or sell to them? Or you own a restaurant and decide not to sell your pizza to a mixed race couple because miscegenation is counter to your sincere and deeply held religious beliefs? Or you run a rural pharmacy and refuse to dispense birth control to women that request it and have no other means to obtain it because it runs afoul of your theological sensibilities?

A Republican legislator in South Dakota, Michael Clark, believes that business owners should be allowed to discriminate if they want to. Or at least he did until he was called out on Facebook this morning. 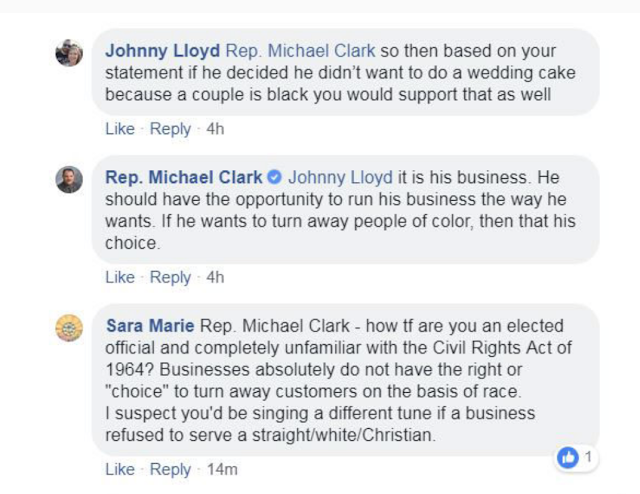 One can almost allow for one business owner to behave in a discriminate fashion. But what would happen if a whole town decided to redline a particular minority, like La Jolla did until 1970? We have many examples of such discrimination in the history of our country and elsewhere. Are we giving it another opportunity to climb out of its nasty box?

Racial discrimination has been a historical lynchpin in many religions, including Judaism, Islam and Christianity.

The curse of Canaan morphed into the Curse of Ham somewhere along the way, it was used only sporadically throughout history until the slave trade got going in full swing in the 18th century. Convenient cover, slavery was justified because of the "sins of Ham." The Mormon Church had similar beliefs and blacks were not allowed in the priesthood in the early church, in fact they were only granted priesthood in 1978.


From Wicki: In 1835, Joseph Smith, the founder of the Latter Day Saint movement, produced a work called the Book of Abraham. It explicitly denotes that an Egyptian king by the name of Pharaoh was a descendant of Ham and the Canaanites,who were black,(Moses 7:8) that Noah had cursed his lineage so they did not have the right to the priesthood,and that all Egyptians descended from him. It was later considered scripture by the LDS Church. This passage is the only one found in any Mormon scripture that bars a particular lineage of people from holding the priesthood, and, while nothing in the Book of Abraham explicitly denotes Noah's curse was the same curse mentioned in the Bible or that the Egyptians were related to other black Africans, it later became the foundation of church policy in regards to the priesthood ban. The 2002 Doctrine and Covenants Student Manual points to Abraham 1:21-27 as the reasoning behind the not giving black people the priesthood until 1978.

Of course not all religious people are bigots, racists or homophobes, it is admittedly a small minority. But that small minority can do a lot of harm to their neighbors and to the social fabric of our country and I feel like this recent Supreme Court decision has the power to enable the worst in America. 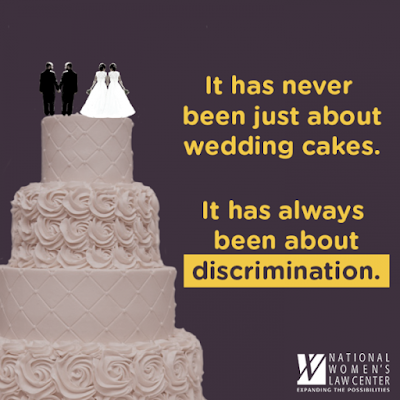 When your religious freedom runs head on into my personal and individual liberty and freedom, what is supposed to give?

A big mouthful of truth,Robert! And now more than ever is the time to speak up. Silence equals death.....

If I read the mythology right the origin of the whole problem resides with wine. I think if Noah could get an AA group we could change the course of world religious history.

Of course a few other corrections may be required to straighten this out, and I am just the person to do it with my extra entertaining combined exorcism and circumcision service. Just give me a call and I will get my costume on, I am quite a Ham.

Heavy into the mythology today, no?


My Mormon parents explained to me that black skin was God's "Curse of Cain" meant to punish all descendants of that evil brother murderin' Cain. It's all laid out for us in one of Joseph Smith's entertaining story books, The Pearl Of Great Price.

My folks never mentioned the "Curse Of Ham" which happened much later.

All that is just biblical boojwah bullshit of course ('cept for the parts about multiple wives).