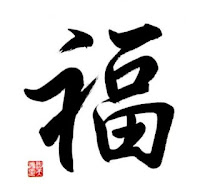 It is such a crazy time. With omicron spreading like a wildfire, it is really a good time to lay low. Every potential personal interaction we consider is weighed and contemplated with a near unprecedented focus.
Yes, the disease is less harmful than Delta but new evidence shows that it spreads to other organs in the body like the brain and kidney and can stay present for a very long time.

“We don’t yet know what burden of chronic illness will result in years to come,” Raina MacIntyre, PhD, a professor of global biosecurity at the University of New South Wales, told Bloomberg News.

“Will we see young-onset cardiac failure in survivors or early-onset dementia?” she said. “These are unanswered questions which call for a precautionary public health approach to mitigation of the spread of this virus.”

We are in new territory here. And the people responsible for keeping our nation healthy are too. I am not going to second guess them for not being perfect in their analysis. Who could be perfectly prescient when faced with such a novel threat? They are doing their best to keep us alive and I appreciate them for that. And your religious exemption shouldn't threaten my life.

I was reading about a poor old guy in Iowa who died this week because the hospital was full of unvaccinated patients with covid and the guy, who was vaccinated, could not secure a bed. Totally unfair, they should step to the end of the line if they make that decision.

And of course last week, we had a state senator succumb to covid, a prominent anti vaccine, anti mandate, personal freedom guy, another in a long list who ironically met their demise against the nasty virus they had scoffed at and minimized. Irrationality and ignorance seems to be close to winning the day, at least from my prejudiced perspective.

Enough of the rant, nobody is going to change their mind, at least not until it is too late. But my advice is to lay low. A friend of mine's son may have it, went out to have a beer with friends on Christmas Eve. My friend can't take the chance of exposure, being immune compromised like I am. They have put him up in an expensive B & B while they wait until they can test.

So f*ck New Years. Is it really worth it?

As your garden variety Jewish taoist, I always hearken back to the words of the I Ching during this time of the year. You can read the blogpost from 2011, Fu. Written exactly ten years ago today.

The passage is from hexagram 24, Fu - Returning. It concerns proper conduct during the time after the winter solstice.Thunder within the earth: The image of THE TURNING POINT. Thus the kings of antiquity closed the passes At the time of solstice. Merchants and strangers did not go about, And the ruler Did not travel through the provinces.

Definitely no New Years gatherings for us. Worse, a year ago we booked a Jan 2022 bucket-list cruise to Antarctica, Chile, Uruguay and Argentina. Cancelled that last week. A year ago I would have bet a lot that we'd be post-COVID by now. Politics, anti-vax idiots and mutations have ruined that hope.

Hunkering down for a month or so is definitely the smart play. Happy New Year! :-|

That is a trip I want to make too, in fact it is the top of my list and has been for several years, especially Chile and Antarctica.