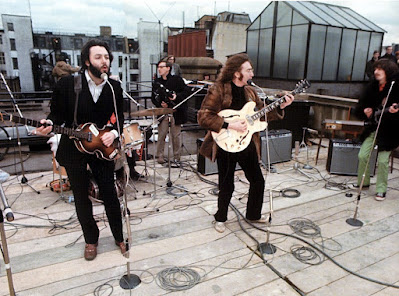 I finally finished the Get Back movie last night. It was wonderful. As a huge Beatles fan my only complaint was that it was not long enough. Only 468 minutes?

It was amazing to me how some of these songs seemingly sprung out of nowhere, they were so ragged initially and then when the fabs started playing on the rooftop, how they coalesced into musical perfection so magnificently.

I am not a big Peter Jackson fan but he did a superb job on this movie and it does dispel a lot of myths.

Yoko was not particularly overbearing, she mostly was quiet and deferential and hung out with Linda or John, the Beatles did not call Ringo Ringo, they usually called him Richie. Everybody smoked cigarettes a lot. George was obviously itching to get his own material out. When it was time to perform they hit the switch and the light went on and you can see why these consummate musicians were the greatest rock band that ever was.

The people of London loved the band's appearance on the roof, there were only a couple of naysayers, Constable Ray Dagg was a complete twit, but most people were very pleased with this, the last Beatles performance. By the way, the Airplane beat the Beatles to the roof by a year.

Join Disney+ on a trial basis and see the movie. 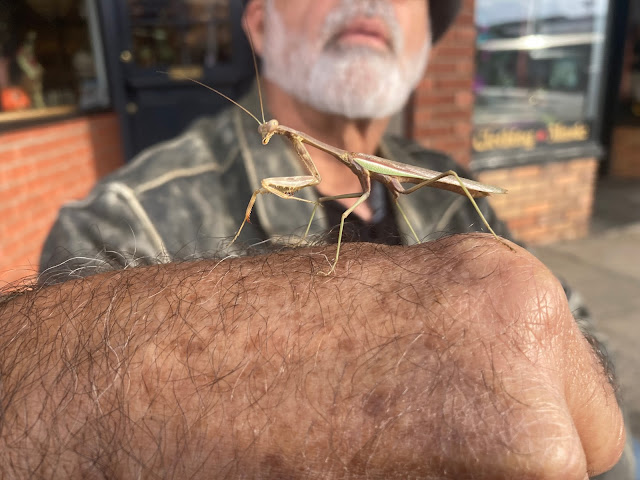 Tom found a praying mantis on the brick wall in front of my shop the day before yesterday.
*
I am so pleased with the nice photos that you have all sent me this year, some lovely work from all over the country and world. I appreciate you all so much, on so many levels! Keep them coming... So far I am hearing the most appreciation for Bill's shot with his new dog, Maury.
I think next year I am going to go through the ten years of annual photos and select my favorites one day. The great and iconic shot above by pro photographer Grant Brittain of legendary skateboarder Rodney Mullen in 2012 is a definite favorite of mine. 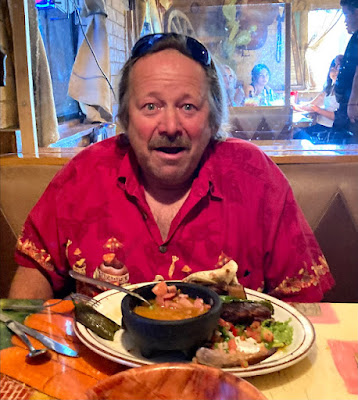 I don't typically put my own work in the annual show. I got a letter from a Michigan reader yesterday that this cell phone shot of Bill crying over hot peppers in Santa Fe was her favorite picture of the year. and I repost it in her honor.
Those were not crocodile tears my friend. They don't have peppers near that hot in the upper peninsula of Michigan where Bill was raised.