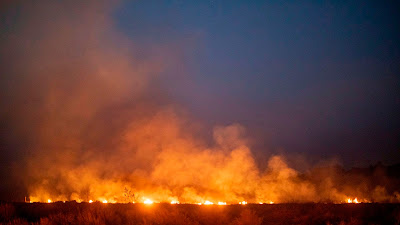 Has the Amazon fire story been sensationalized? Interesting read at Forbes, Why Everything They Say About The Amazon, Including That It's The "Lungs Of The World," Is Wrong.

Now I am not entirely sure about the author of the story, Michael Shellenberger. The anti solar, nuclear lobbyist has been accused of various things over the years but it is still good to get another perspective. I am sure that the truth lies somewhere in between.

An in depth article on the subject from the expert Shellenberger cites, Daniel Nepstad Ph.D.

*
Senator Lindsey Graham has more sides and position changes than Doctor Jekyll and Mr. Hyde. A telling interview at the Charlotte Observer, Is Lindsey Graham a shameless apologist or a savvy strategist?
Posted by Blue Heron at 8:38 AM