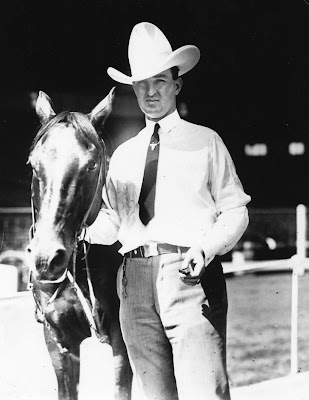 After I left the upper Pecos River I decided to head down to the historic pueblo church. You pass the beautiful Forked Lightning Ranch to get there, a 13,000 acre spread once owned by the rodeo impresario Tex Austin.

Tex hit a bad streak somewhere along the way and checked out, it was eventually bought by the actress Greer Garson and her hubby Fogelson, the Texas oil tycoon. Later a portion of the ranch was sold to Jane Fonda. 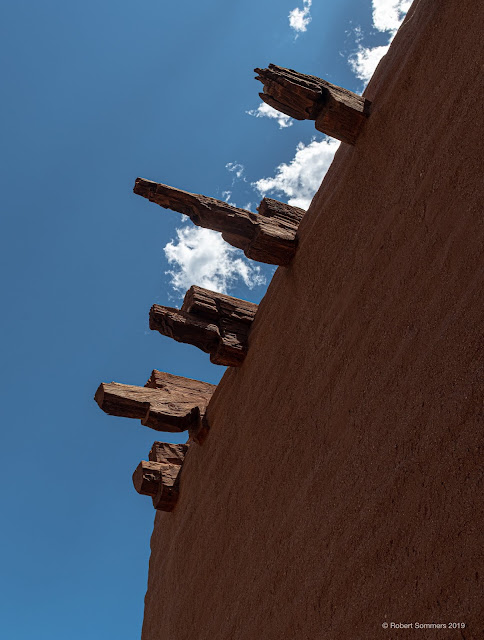 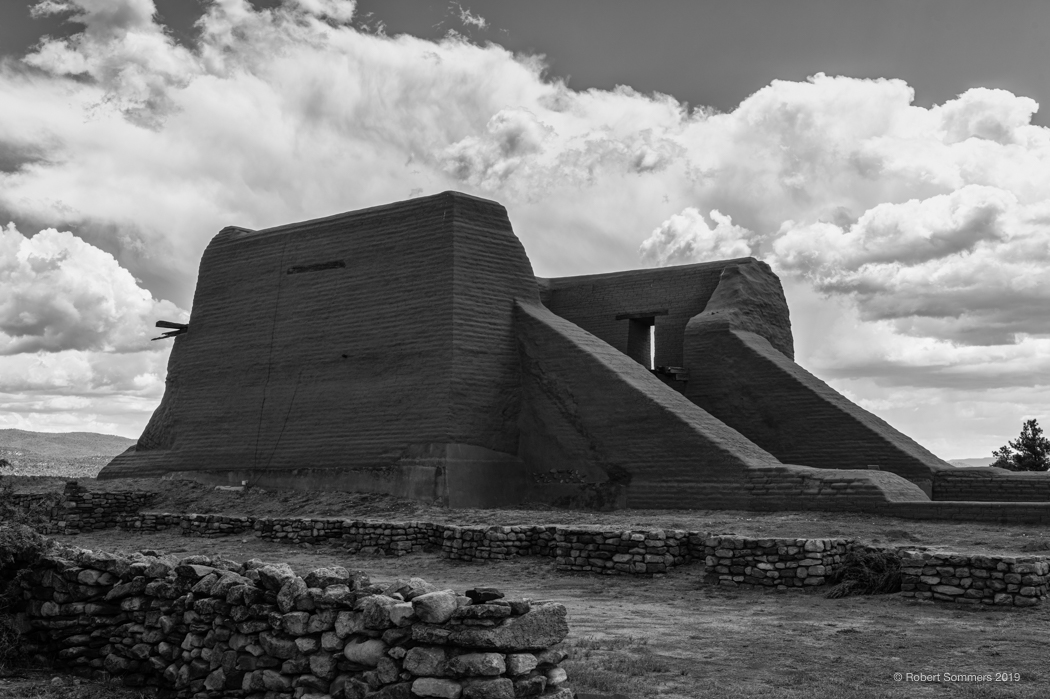 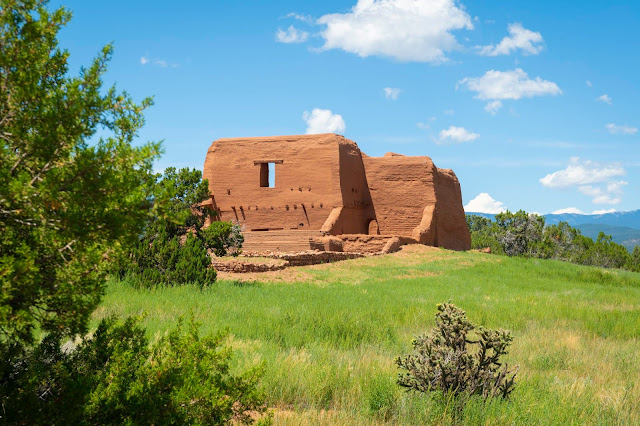 Pecos Pueblo is like god's gift to a photographer. I can not be in the general area without running over to take a shot or two.

It always delivers something. The pueblo was first inhabited around 1100 a.d., the church was built by the Spaniards in 1619. Originally the place was known as Cicuye.


The way the majestic clouds roll in from the north is just spellbinding.

I didn't have a lot of time and didn't feel like dragging my tripod up the hike to the pueblo, decided to stick with hand holding. 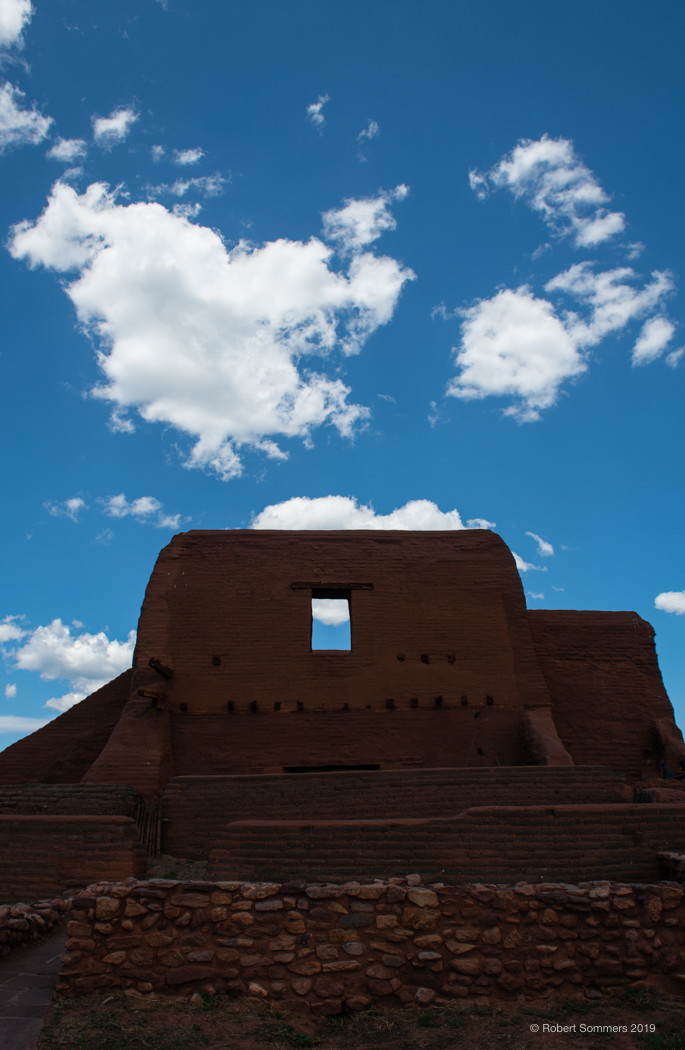 Didn't see any of those end of the world clouds I have captured before.

Such a picturesque building! 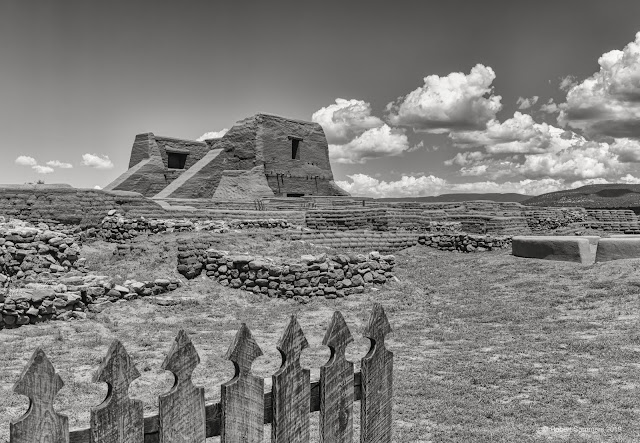 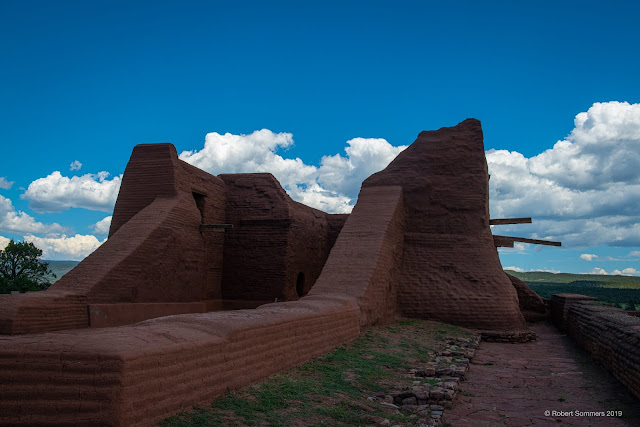 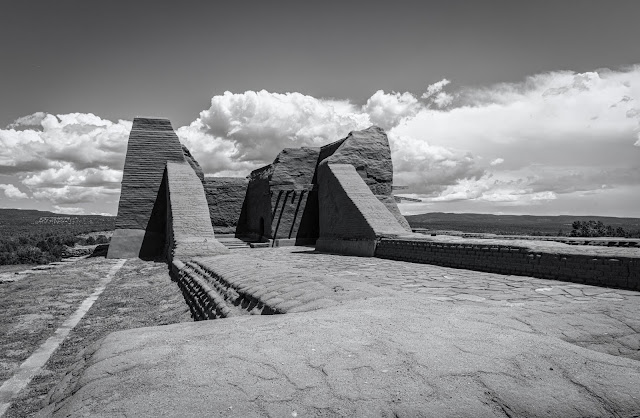 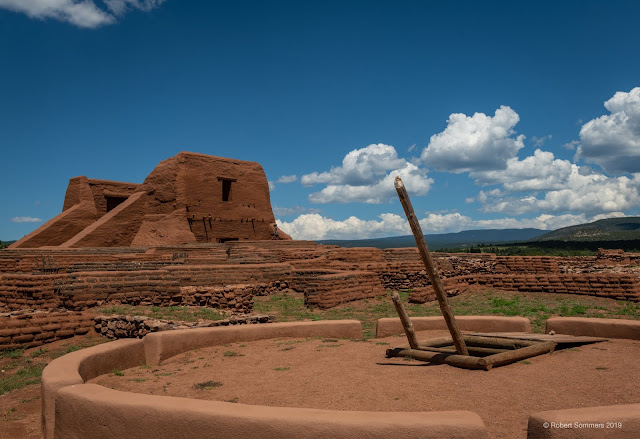