The shows in New Mexico were okay. Started off with a bang, ended with a fizzle. Could have been much, much worse and also a whole lot better, like everything I suppose. Planted a few seeds, left some irons in the fire, will see if anything sprouts.

The night before the first show I had a very strange dream. They wheeled me into the show in a wheelchair. Asthmatic and grossly overweight but even worse than the present actual reality. John Morris, the promoter and my great old friend, famous of late for his work long ago as technical director at Woodstock, wheeled up on his own scooter, took one look at me and quickly assessed my situation. "Wait here," he said demanded. I must have really looked like shit.

The next thing I knew he returns with two tall Plains Indian fellows, in retrospect I guess you would call them medicine men or healers of some type. They took several large eagle feathers out of a pouch and started wiping them over my body from a distance of several inches, head to toe. This went on for about two minutes. Pushed the air around. Cleaned me up a bit, I suppose, I don't know, definitely not my area of expertise.

For some reason or another I felt instantly purged of my illness and sadness, healed if you will. One of the Indians sees some chromatic colors radiating off my body at my right hip. He looks me in the eye and says "Oh, you're one of those." At that moment I woke up, not sure what it all means. But I definitely felt better when I woke up. Dream felt so real. Alive again. Hope it took.

*
heard about another dream later on on my trip

Another dealer, who shall go nameless, evidently lost his girlfriend fairly recently, I think to cancer. She came to him in a dream, some months later. Said that she had bad news, that he also had cancer. He needs to check it out. Dealer wakes up, shakes the dream off, weird, he felt fine. At some point or another he looks in the mirror, might have been brushing his teeth. Notices a lump on his tonsil, better get that looked at. Turns out he has throat cancer.  Got medical treatment. He was bearing a scar across his throat when I saw him. Did he save himself or was he helped by something outside himself? Did this woman who loved him reach through the stars? Amazing. He would never have been checked out if not for the dream. What an incredible world we live in. I shook his hand at the show. We had never spoken before, but were now part of the cancer survivor fraternity together. 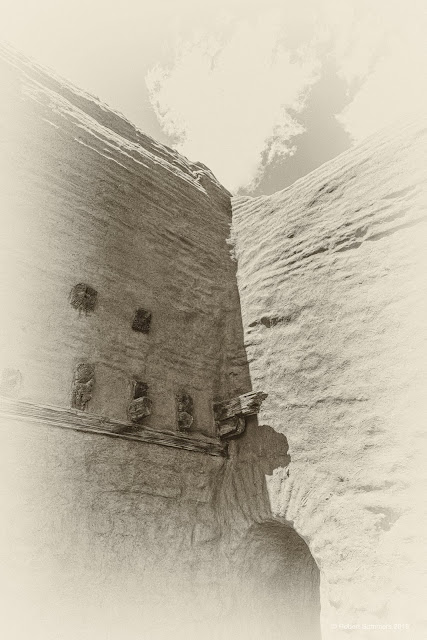 Our buddy Stan has been in bad shape, lost his vision a couple years ago. Stan has had an illustrious career, bass player in the Incredible String Band, manager of Muddy and Janis Ian, Fillmore roadie, ace photographer and teacher, so many things, so talented.

But he had a bad bout of cancer and then the eye thing with his vitreous humor which totally blinded him.

Doctors at Columbia said there was nothing they could do. So he spent a couple years in the dark. But the doctors at Sloane Kettering thought differently.

They fixed our Stan, in fact he is driving again. From blindness to sight, what a story and blessing.

*
Drove to Williams the first night. Had breakfast at Lilos in the morning in Seligman and decided to take the 66 to Kingman, one of my favorite side roads.

Saw a huge buck pronghorn right out of the gate with a gigantic antler rack. Few minutes later saw the golden eagle on a pole, not far from where I saw one last year.

Didn't jump out fast enough to get a decent shot before it flew away but it is still fortunately ensconced firmly in memory.
Posted by Blue Heron at 4:41 PM

Those gifts alone made the trip worthwhile.