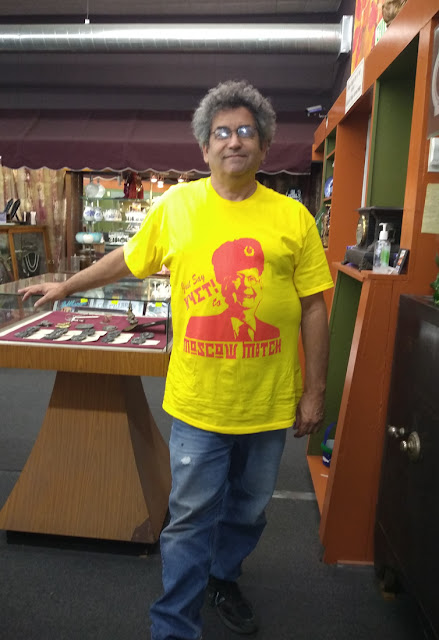 I was first diagnosed with cancer in 1985. I have had the same doctor since 1978, Seymour Myers. I was pissing blood at the time and wanted to know exactly why?

Seymour took an xray and found a big old malignant tumor in my left kidney. Little smaller than a baseball. Further diagnostics showed cancer throughout my bladder and ureter.

My late urologist, John Greisman, took half the kidney out, on advice of his partner. It is called a partial nephrectomy in the business.

You can live on one eighth of one kidney and if anything happened to the remaining one on the right he wanted to make sure I had a spare battery, just in case.

I lost count of how many surgeries I had on my bladder cancer, eventually started immunotherapy and was part of the first b.c.g. research project.

Cancer survivors are always looking over their shoulder, the possibility of a revisit is never far away. So when the cancer returned to my partial kidney in 2009, I wasn't really surprised.

Greisman removed what was remaining of my kidney, he kicked himself for not removing the whole thing when he had the chance, all it needed was for one aberrant cell to travel and it did. I never blamed him, you pay your money and you take your shot.

But you see the lump on the right side in the picture above, me rocking my new Moscow Mitch t-shirt? John mistakenly cut the wrong nerve, the one that holds your guts in place and once it is cut, it can't be fixed. So Quasimodo will be misshapen for the rest of his days. Hey, there are worse things, but there goes my career modeling swimsuits.

I woke up about five days ago with a pain on my right side like a horse had kicked me. Thought it was muscular at first but realized after a day or two that it was an organ causing me the intense pain. "Oh, shit," I thought, "it's back." Right kidney this time. Which feels swollen and very sore.

I saw Seymour yesterday and had a battery of tests, blood and urine. He called this morning, thinks it is probably a kidney stone, there is blood once again in the urine. Of course that's what they said last time.

I haven't seen a urologist since John died and that's a long time ago but will visit a new one this afternoon, keeping my fingers crossed. I'm hoping it's a kidney stone, never had one before. It sure beats the hell out of the alternative. And if it is cancer, perhaps they will cut the nerve on the left this time and give me some much needed symmetry.

So sorry to hear about this Robert, really hope it's a kidney stone. You didn't and don't deserve all that cancer misery.

I can only imagine how scary it is to have pain again. Hope it is something very benign and simple to cure.

Such a bummer. Wishing you all the best, Robert. Hope you are feeling well soon.

Hang in there bud... we need you and your blog intact.