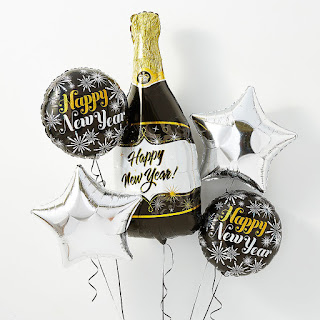 A Chaldean friend asked me what I was doing for New Years this morning. I said that I would preferably by away from crowded places where people were drinking.

Of course I had exactly one drink in the last year so maybe I am a bit out of practice. But it was never really my thing.

Drank a half gallon of Gallo Mountain Rhine with a friend in boarding school when I was fourteen, and had the one and only hangover of my life, it was vicious and it was plenty. 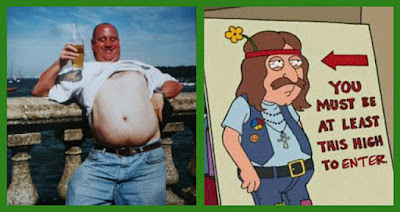 Of course I have other vices to make up for my lack of appreciation for alcohol, being a long time puffer.

Just a different head space, not quite as sloppy for me and a bit more cerebral. Of course they both have their potential low points as you can see in this graphic image I put together long ago.

People tend to go one way or the other, juicer or stoner, some indulge all the way around. Some are moderate and some are excessive. And some live clean and monastic lives and don't do anything at all and that is wonderful too.

Anyway, as I said, I was talking to my Iraqi friend and he said he felt the exactly same way, he rarely drinks with the exception of an occasional ceremonial or ritual glass of wine and he thinks that it is probably genetic. Middle easterners of any creed do not tend to be heavy drinkers. Don't see a lot of Jewish or Muslim alcoholics around. And I think he is right. Not because of some innate virtue, but because of our genes.

Now I also have a gene that has been associated in a Japanese study as giving me a higher risk of alcoholism, rs1076560(A). But conversely it shows heightened memory function and its bearers have a lower risk of opiate addiction. Funnily both my sister Liz and I and probably other family members can't tolerate opiates at all. Some studies have linked the gene to cannabis dependence. Horrors! 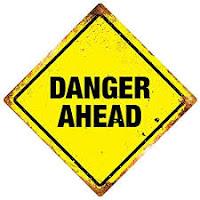 Of course having been at least partially raised by an abusive alcoholic stepfather and a mother with a proclivity for pharmaceuticals, you live a portion of your life as roadkill or collateral damage and you get a little bit gun shy about doing great harm to your body, or trusting humans for that matter, hence my lifetime reticence.

Please be safe this New Years and do take care of your bodies. See you next year, all in one piece.
Posted by Blue Heron at 11:17 AM

I distinctly remember Mom waving around a bottle of wine while she was telling me that she had stopped drinking. Her booze was as bad as her pills.

If the thunder don't get you than the lightning will.