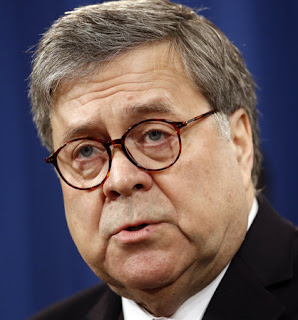 I was glancing over at Leslie's computer this morning and there was a very sad looking picture of Attorney General William Barr on the screen.

"He looks cartoonish," I said.

"Yes," she agreed. "Deputy Dog." I agreed but decided to do a little more research. I haven't hunted for the specific picture but found something similar on line.

I think we were slightly off. It's really not Deputy Dog, it's Droopy from the Tex Avery cartoon that he most resembles. 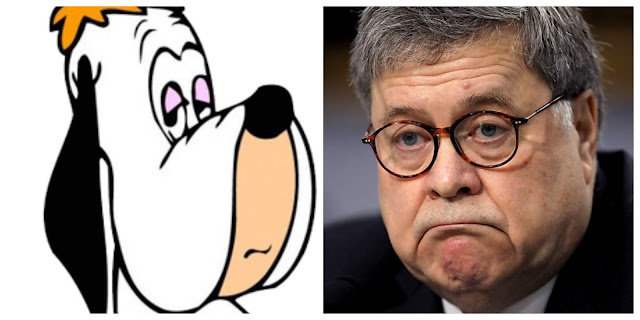 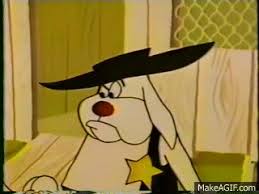 Deputy Dog was a much later Terrytowns cartoon from 1962. While there is some resemblance, the deputy was more emotionally neutral, I think Droopy wins the day. 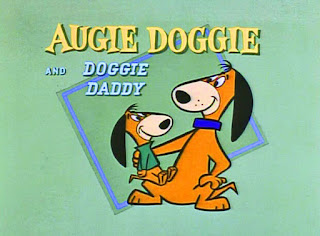 Don't really see a fit with Augie Doggie and his doggie daddy either. Much too upbeat.
Posted by Blue Heron at 11:11 AM