Those that have known me for a long time know that I had a long period in my life where I was really into the martial arts, specifically Chinese Hung Gar style five animal Kung Fu. I started out in Japanese and Okinawan styles but Kung Fu was where it was at with me. A few people started calling me the Kung Fu jew back then, including my sifu.

Would have loved to continue my learning and training but one last sweep after knee surgery showed me that my body just couldn't take it anymore. But I really miss it and loved the training, sparring and competing.

There is an interesting movie out on Netflix called Iron Fists and Kung Fu Kicks. It gives an overview of Chinese martial arts, from Bruce Lee to the Shaw Brothers and their incredible influence on popular culture, hip hop and parkour. 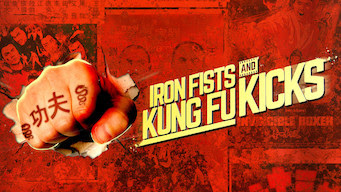 And watching the film I learned that there was another Kung Fu jew and his name was Bruce Lee.

According to a new biography, Lee's great-grandfather, Mozes Hartog Bosman, came from a Dutch Jewish family of German descent. Bosman was born in Rotterdam in 1839 to teenage parents Hartog Mozes Bosman and Anna de Vries. His father was a kosher Jewish butcher.

Not wanting to go into the family butcher business, Mozes joined the Dutch East Asia company and found passage to Hong Kong. He eventually became very wealthy and the Dutch Consul to Hong Kong.
I've been watching a lot of Chinese made martial arts movies on YouTube. Usually the plot goes something like this; Chinese peasant farmer is insulted and uses his kung fu skills to decimate whole garrisons of nasty occupying Japanese soldiers and samurai. Still the fighting is good, graceful and athletic, not like the brute force and ugliness that typifies MMA today, which I can hardly watch.
Here's a cool Wing Chun movie clip I saw the other day, always watch out for the old guys:
Posted by Blue Heron at 6:46 PM

That'll teach him to respect his elders.