If you listen to Republicans like Lindsey Graham, the fault for 1-6 does not lie with the hordes that attacked our Capitol. Nor does any of the blame get foisted on the President or any other GOP politicians who may have helped incite the mayhem (e.g. Hawley, Brooks, Gaetz, Greene.)
...we should establish a system that will hold people who were in charge of security at the Capitol on January 6th accountable. Sen. Lindsey Graham
No, according to them, the problem lies instead with the Capitol Police and the intelligence services for failing to recognize the nascent threat and control the insurrectionists adequately. It is quite a sleight of hand they are playing here, pretend that the riot was merely a criminal act but denude the act of all underlying political motivations and go into instant amnesia mode. You know, why relitigate the past, let's look forward!
Do they really think that people will solely look at who lit the match and conveniently forget the people that first soaked the political environment with gasoline? They would prefer to now conveniently look at it in a criminal context when the truth is that the right wing rioters were acting in a purely political manner.
Yesterday Mike Braun, the Indiana Senator, said that 9-11 was different because those were foreign attackers. Correct, Mike, this might be even worse. Not in the scale of the casualties but to think that it was citizens of our own country storming the bastille. Now aided and abetted of course by their friends in Congress. 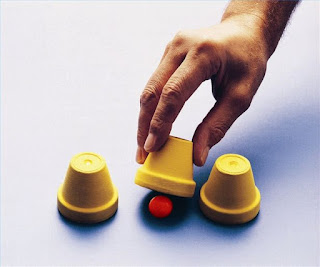 *
Republicans can moderate their message and do very well. Just check out these governors. But they won't.
*
No defense.

Joseph Hurley, Antonio’s lawyer, said he won't use his client’s belief in false claims of election fraud in an attempt to exonerate him. Instead, Hurley will use them to argue that Antonio was an impressionable person who got exploited by Trump and his allies.
“You can catch this disease,” Hurley said. "Misinformation," he said, “is not a defense. It’s not. But it will be brought up to say: This is why he was here. The reason he was there is because he was a dumbass and believed what he heard on Fox News.”

If one looks at this article "Three Card Monte" one could get the idea that the public doesn't have an attention span thus, stopping the investigation will be forgotten by election time. They are right about that too. Now combine this lack of attention span to the lack of ability in the general public for critical thinking or evaluation of evidence and information sources that is seen in the Antivax deputy article and you have a big mess. The audience that our politicians are playing to has a. short attention span and deficient evaluation skills. Suddenly the mess we are in politically has an explanation.

This has been the thing that has given sages pause about democracy through the centuries.

You fuckheads will never get it...Conservatives don’t elect Rino assholes who kowtow to leftist BS...
Dole-McCain-Romneys are losers from day one...Conservative authenticity is rare...once in a generation...so authentic the left have to conspire to steal elections to hold onto their fucking power...
Karma will rear its fucking head.

Hey Anonymous ... why not leave your name?

I have felt that Jan 6, since Jan 6, was worse than 9-11 because it was an inside job, supported and encouraged from some of our most prominent politicians. Those people need to be exposed! Investigate now, Nancy!

Apparently "conservative authenticity" equals fascist action. Trumpism is right next door to fascism, only a step or two away.

The first two comments amuse me. In my comment I am being an "effete intellectual snob" with lots of attempts at reason. The second comment is 90% emotion (which I guess is supposed to trump reason--and does on the street). A nice summary of the cluster*ck. Kerr is right about "conservative authenticity" a nice phrase for sounding like you are intelligent when you are mongering fascism.