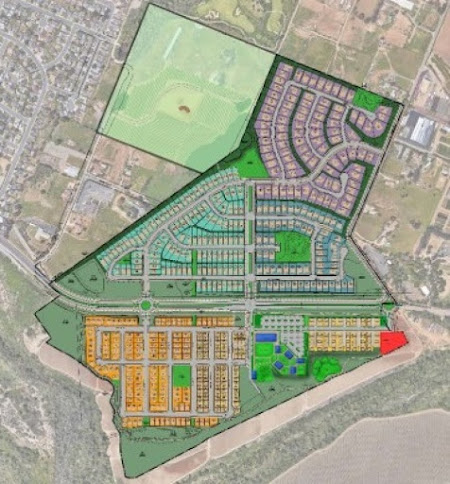 Two thirds of the voters in Oceanside voted against a new housing project, North River Farms. The developer took the referendum to court and the judge is now thwarting the will of the people.

The result of a ballot measure in which more than two-thirds of Oceanside voters rejected the construction of up to 585 homes in South Morro Hills appears to be jeopardized by a tentative ruling last week in San Diego Superior Court.

If upheld, the ruling would be a victory for Integral Communities, the developer seeking to build the North River Farms project in an agricultural area of northeastern Oceanside. Integral filed the suit in January 2020 alleging that the citizen-led referendum violates state law.

Judge Richard S. Whitney said in his tentative ruling released Friday that the referendum was “preempted” by the California Legislature’s efforts in Government Code section 66300 “to maximize the development of housing within this state.”

This idea of maximizing housing in a state with severe water shortages in a time of drought is ridiculous. Not to mention the environmental effects of ceaseless development. The judge has now apparently finalized last week's ruling.

A Superior Court Judge has ruled that Oceanside’s Nov. 3 referendum on the North River Farms project proposed for South Morro Hills is invalid and that the 585-home Integral Communities development can proceed “assuming other pending litigation does not prevent it.”

The Legislature clearly intended to preempt referendums designed to restrict “development of housing within this state” under Government Code 66300, which was passed in 2019 to address the state housing shortage, said Judge Richard S. Whitney in the final ruling Thursday afternoon.

I feel sorry for the people that live in Morro Hills and the neighboring communities. Rural areas are facing an onslaught of growth and some people won't be happy until California is one big wall to wall housing tract.

You don't like California? Fine, leave. You may have heard, we don't have enough water. At least you won't have to watch it get totally destroyed. Some democracy.

Follow money train always. Look at joke by Bonsall school both high school and elementary. Need 4 lane hwy to get by. River road will be real cluster

legislatures or not, the referendum is also a legal vehicle.

This is just like the Anti-Solar bill that would tax existing Solar owners and make it harder for those that would like to add Solar, all in the name of fairness (while strengthening the Utilities monopoly in CA).
Search for Solar Rigjts Alliance