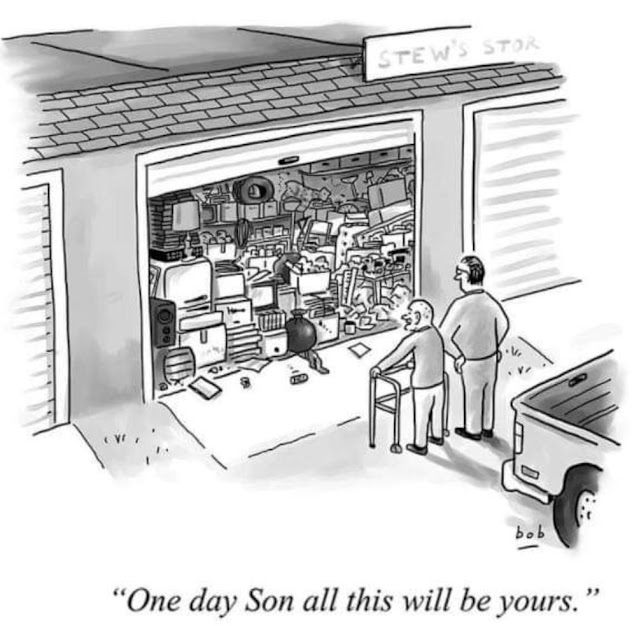 Remember when I could just sit behind the keyboard and scattergun shpiel all day?  Damn, I miss that. No time for idle chatter any more, Bobbie's definitely a dull boy. Work, work, work. You know the drill.

Ken would get upset when I went stream of consciousness, a big believer in keeping one's thoughts concise and separate.

Anyway I am going to give myself two minutes this afternoon to go off and then go back to cleaning my office, so that I don't scare the employees away next week. 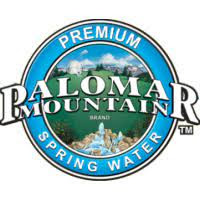 Leslie received her water bill from Nestle today, which evidently has bought Palomar Mountain Water. It tripled, from fifteen to forty five bucks a month.

We will discontinue their service, never particularly liked their water or business practices anyway. Our pure mountain spring water was changed for nasty tasting purified tap water and they not only never notified us but now refuse to take their water back.

In the old days, a lifetime ago, the ex and I would travel up Palomar with jugs and get water out of the artesian well for free, right out of the side of the mountain. Later it would be by Doane Pond, also mountain spring water, entirely for free.

They ultimately put locks on the well and PMSW was born. This was in the late real estate developer era of my life, do you remember that chapter? I built 73 houses in Escondido called El Norte Highlands and allowed Palomar to put a tank in every garage.

I got a lifetime supply of free water in the deal, or at least I did until they sold the company the first time. Like twenty years of free water, delivered. Literally sweet.

I guess all good things must come to the end and they have. Nestle may make the very best chocolate, they are sort of way down on the list when it comes to H20. 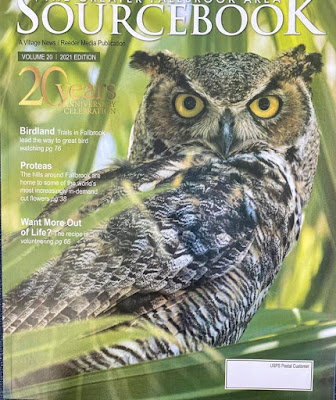 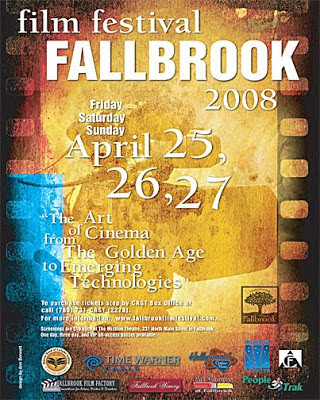 I saw an article in the San Diego Union about the late Fallbrook Film Festival that literally made me laugh.

You see I was the head judge for the festival in its inception and continued in that role for several years, screening hundreds of movies every year with Leslie and Susan Duling.

The three of us were the judges. And we did a damn good job, if I may say so myself. It was a fabulous film festival. 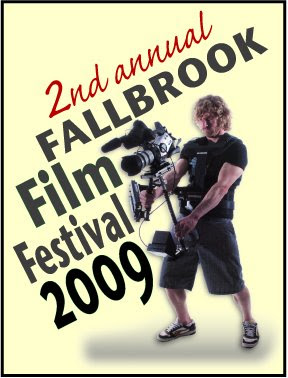 We worked some with Heidi Borsch and Adrienne Alpert but mostly hand in hand with Brigitte Schlemmer. She made everything tick.
I consider Brigitte to be the heartbeat and backbone of the festival and we created something together that we were all very justifiably proud of.

Linda Mandrayer and Ron Shattuck worked on the Festival side of things. We handled the content.

I am so happy and proud of the work that we did, one of the great accomplishments of our time here.
We were the first stop from Hollywood and they seemed to love our take on things.

Movies that we championed from out of nowhere, like Bicycle Dreams, went on to win the film festivals in New York.

We were good and our sensibilities were good and the Festival was well attended and amazing. Our selections were smart, interesting and engaging. We had screening rooms all over town and in Bonsall.

But the festival did not stop because it was a lot of work.

It stopped because we were told that our presence was no longer welcome, our output (which was never tawdry or risque) was too "edgy" and the powers that be wanted it to be more "family friendly." Linda may have had something to do with the topical shift.

We were dismissed and told that our contribution and attendance was no longer welcome.

Now old yeller had been made several decades earlier and I admit it was a great movie but I don't think we really needed another one. However I certainly get the hint when I am not wanted and I amscrayed.

An evangelical lawyer named Greg somebody and his wife took over and the pollyana-ish thing crashed and burned in a year or two. At least that is my memory and story and I am sticking to it.

I am only bringing this up because people either weren't there or they are engaging in revisionist history when they conclude that it died because it was "too much work." It died because they snuffed its heart out. I know. I was there.

I thought the Fest was a great deal... sorry it was snuffed! I hope you aren’t still stopped up!

Revisionist History, indeed. Thank you for this post, Robert.