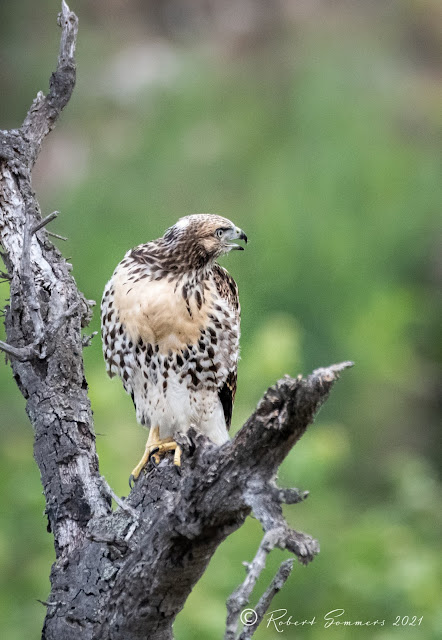 As I drove out of the valley early this morning I chanced upon one of the two baby hawks on this dead stump, not too far from the sycamore that he or she was born in. 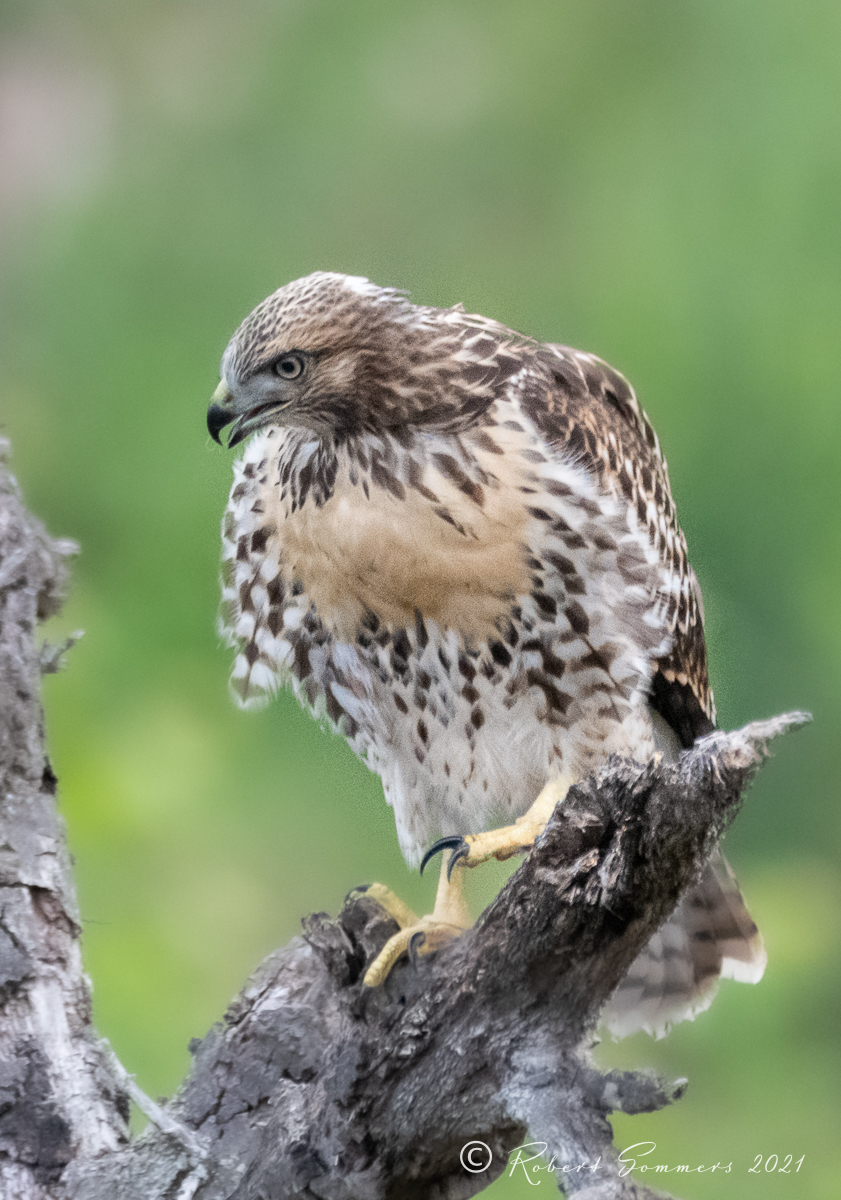 The red tailed progeny have been flying for about three or four days now. It sort of bothered me that I didn't see its sibling, hope that it is okay. 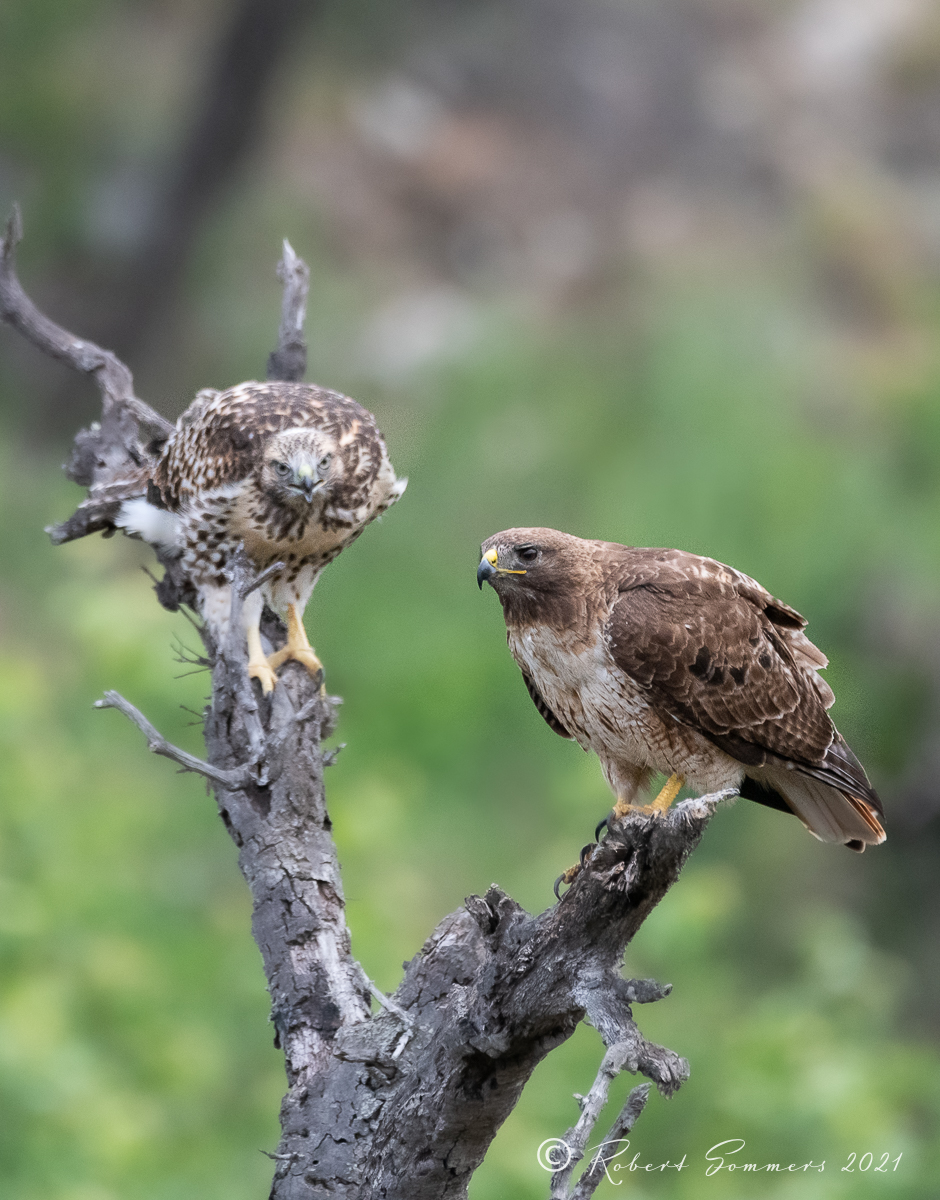 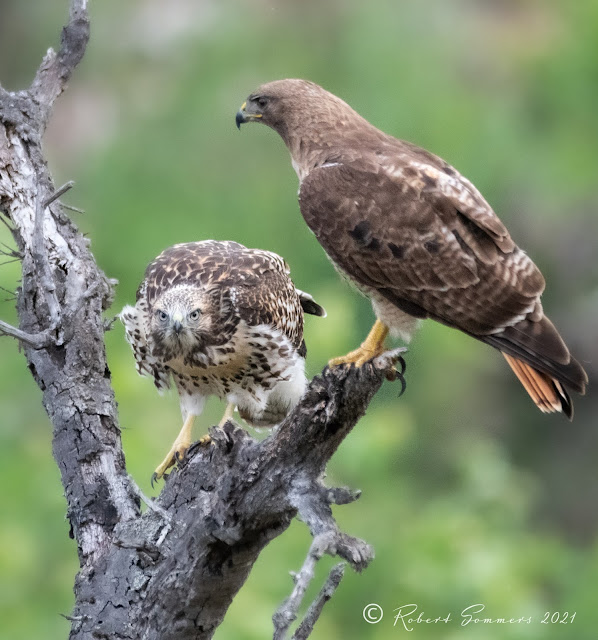 Soon after I grabbed my camera to take a shot, the mother flew in stage left. 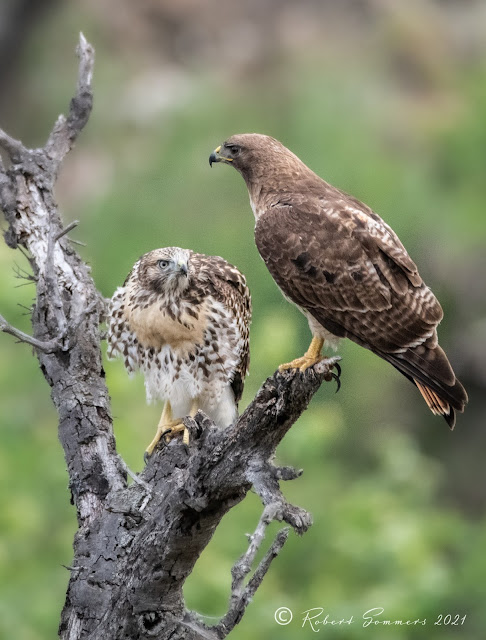 They were doing a lot of talking between them which was cool to watch. 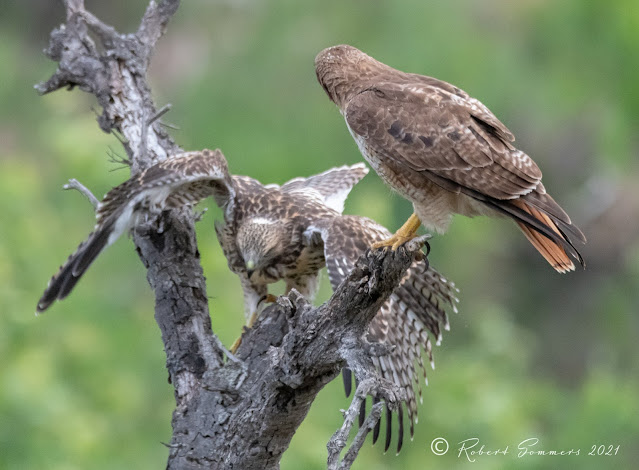 Probably should bring the nice lens home the next couple of days. I'll try to get some really nice shots if they stick around. 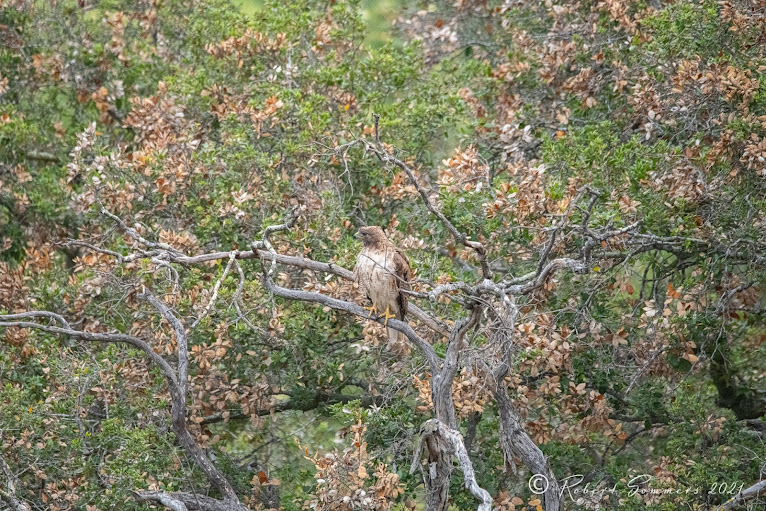 Mom eventually decided she had enough of the bellyaching and flew to the camouflage of a nearby oak tree for a little down time. She has done enough sitting, she deserves it. Just leave me alone. 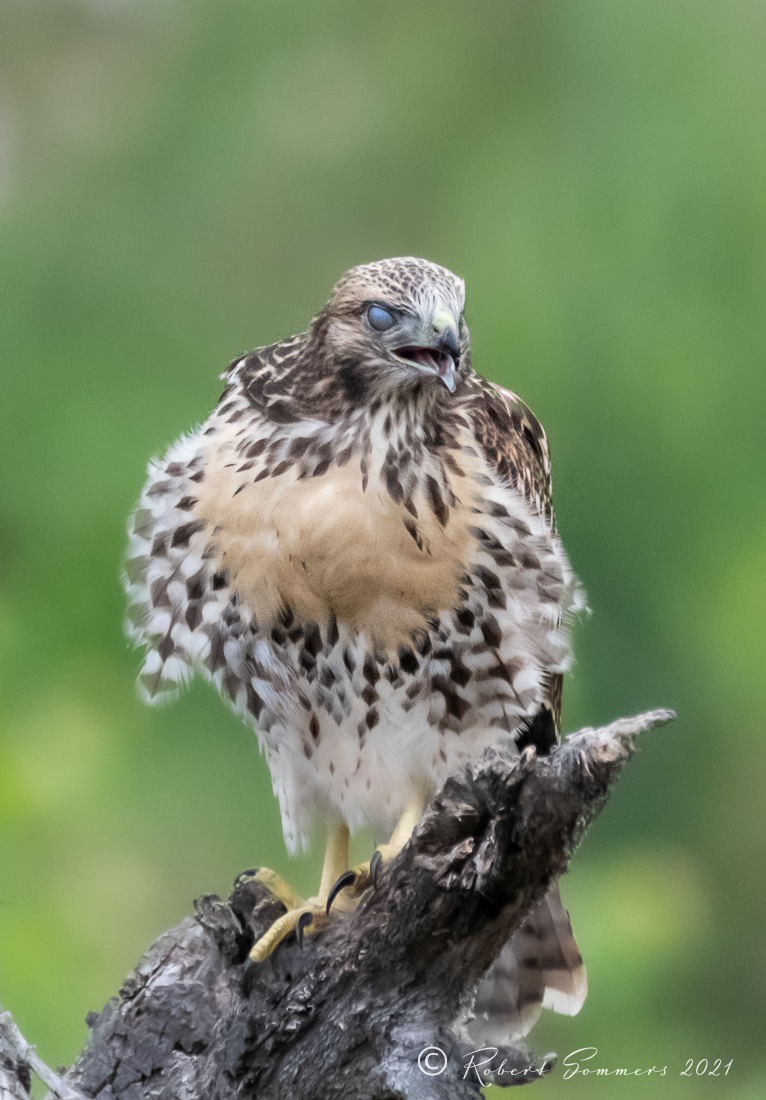 Nicitating eye shields activated or not, junior is certainly a lovely red tailed hawk.
Posted by Blue Heron at 10:48 AM